It’s a rarity for me to be able to ride my bike on Saturday and Sunday. Since I had to work on Saturday, my buddy Joe from work and I decided to ride a short loop at Aliso Woods before we had to come into the office. We started super early and found that the conditions provided a nice cool ride…40 degrees and thick fog.

Here’s Joe after climbing up a trail called Cholla…its a wicked climb. The kind that makes you bitter about climbing. 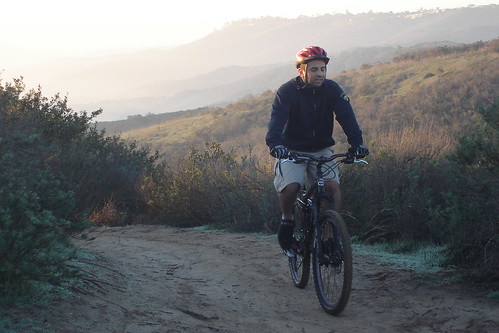 Here’s some of the thick fog that I was talking about. Below is Laguna Canyon..passed those mountains is the Pacific Ocean. 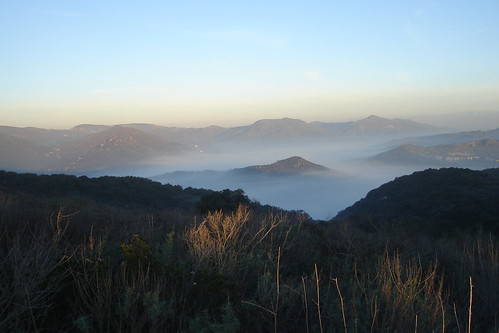 We came from the bottom of Woods Canyon on the lower left corner of the photo. 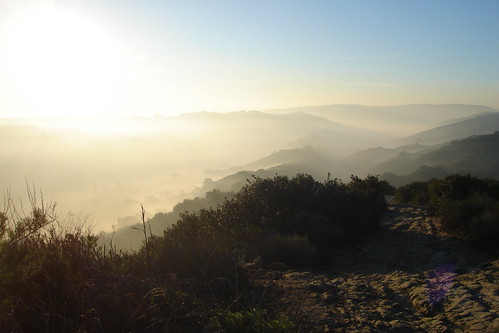 As we’re going down Rock-it, we were greeted by a dozen riders climb up the trail. Now from what I understand, riders going down had the right of way. Meaning they should have pulled over for us…right? Or do I have it backwards? 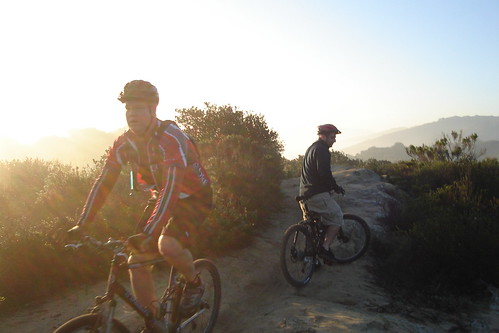 Sunday
The next day Priscilla and I hit the Fullerton Loop. I was out testing my newly built project bike. As we’re going through the trail, we encountered this group. A dad and his two sons. Great Kodak moment right. Well you can’t really see this, but the dad didn’t have a helmet, and the kids had their helmets on their handle bars. Not the smartest move…So I roll up to the dad and say, “You’re boys should really be wearing their helmet.” He said thanks. Then I roll up to the kids and said…in a very nice manner, “You boys should wear your helmets, that way you don’t hurt your head if you crash.” 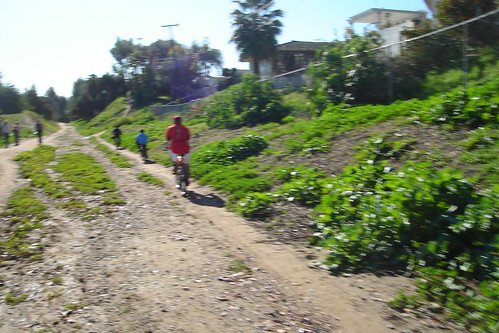 The good news was, we later saw them on the trail and the boys were both wearing their helmets.

We then ran across a group of what I call “Filipino Freeriders” who were trying to get back to the trailhead. I say freeriders because some of these guys had full face helmets, down hill bikes, pressure suits, pads…the whole nine yards! Here’s what’s cool about meeting them, one of the Pinoy fellas says…”hey, aren’t you the guy from that website…MTB…MTN…Bike…” I say yes and he even recognized Priscilla from the Birthday Ride we had for her. So he then introduces us to the rest of the guys.

Super cool fellas…I just wished I had gotten their info. But I did get a group shot of them. So if you are one of the FreeRiding Filipinos, then leave a comment with your contact info! 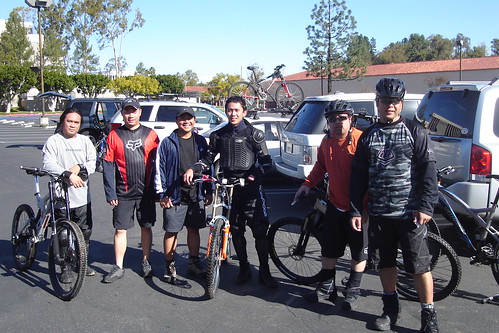