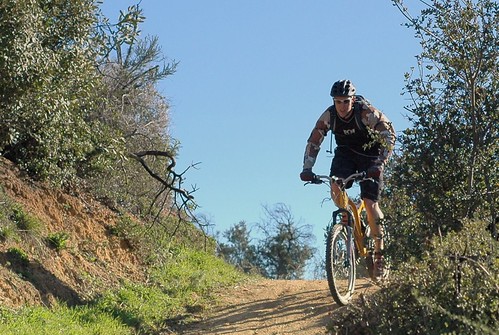 I decided to get in a longer ride this weekend so a few of us went out to ride Marshall Canyon. Marshall Canyon is located in the foothills about 30 minutes north of where I live. It is a beautiful out and back that is basically a climb to the top, play on a loop or two then ride an exhilarating XC downhill. The recent rains left a ton of small little streams no more than 4 feet wide that we got to splash our bikes through. This water and dirt did wreak havoc on our drivetrains. By the end of the ride I was ghost shifting a lot while Tim snapped his derailleur hangar. 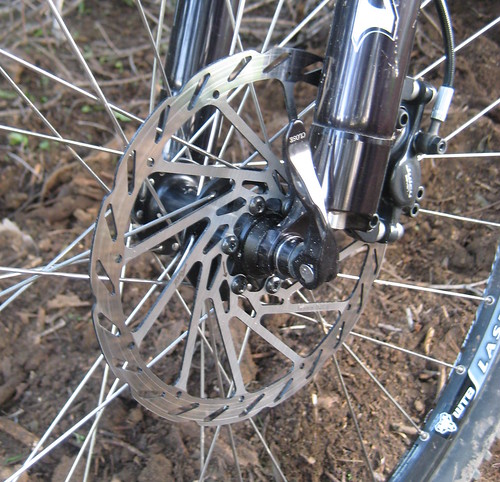 One of the great things about the Marshall Canyon ride is that there are some great switchback ascents and descents. These switchbacks really challenge the rider as they are both steep, loose and (because of the rain) rutted. I was also pretty thankful that I had the Juicy 7’s on. There was one part when I didn’t think I’d braked early enough and a crash was imminent, but thankfully the brakes stopped me and I was able to maneuver around a size-able gap that I would have probably eaten it on. 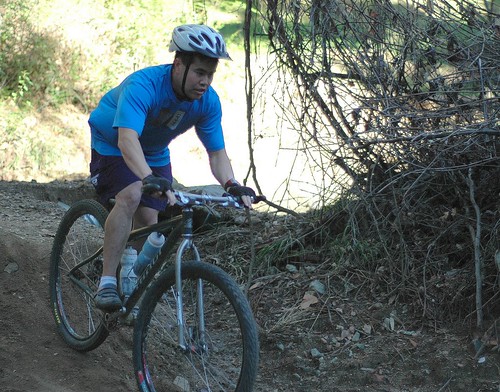 Wayland climbed it all SS and Rigid… on a 29er, of course

So back to the snapped derailleur hangar: we were thankful it wasn’t anymore than that. The derailleur hangar snapped off sending the XTR cage into the rear wheel. Tim was able to stop immediately and no damage was done either to the XTR derailleur or the 29er wheel. After a minute of examination, it was determined that only the derailleur hangar broke and nothing expensive was damaged.

One thing I did learn from this ride is the importance of bringing along zip ties. Our friend JJ brought along a few zip ties and we were able to tie the rear derailleur to the rear triangle so that it’d be out of the way of the rear wheel. The rear brake caliper had squeezed together a little so the rear disc was not going to fit back in. With another zip tie we mounted the brake onto the bike and Tim rode the rest of the way without a rear brake and without a chain. But he did ride, rather than walk, his way out thanks to the zip ties. 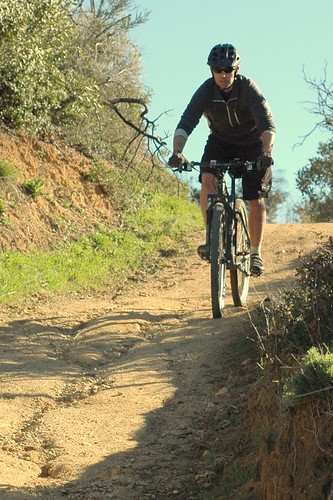 Tim, before braking the derailleur hangar

Marshall Canyon rocked me the last time I was out there breaking my chainring. This time it got Tim and his derailleur hangar. One of these times we’re going to ride the canyon and get out without any mechanicals. Until then, Marshall Canyon 2, Jer & friends 0. 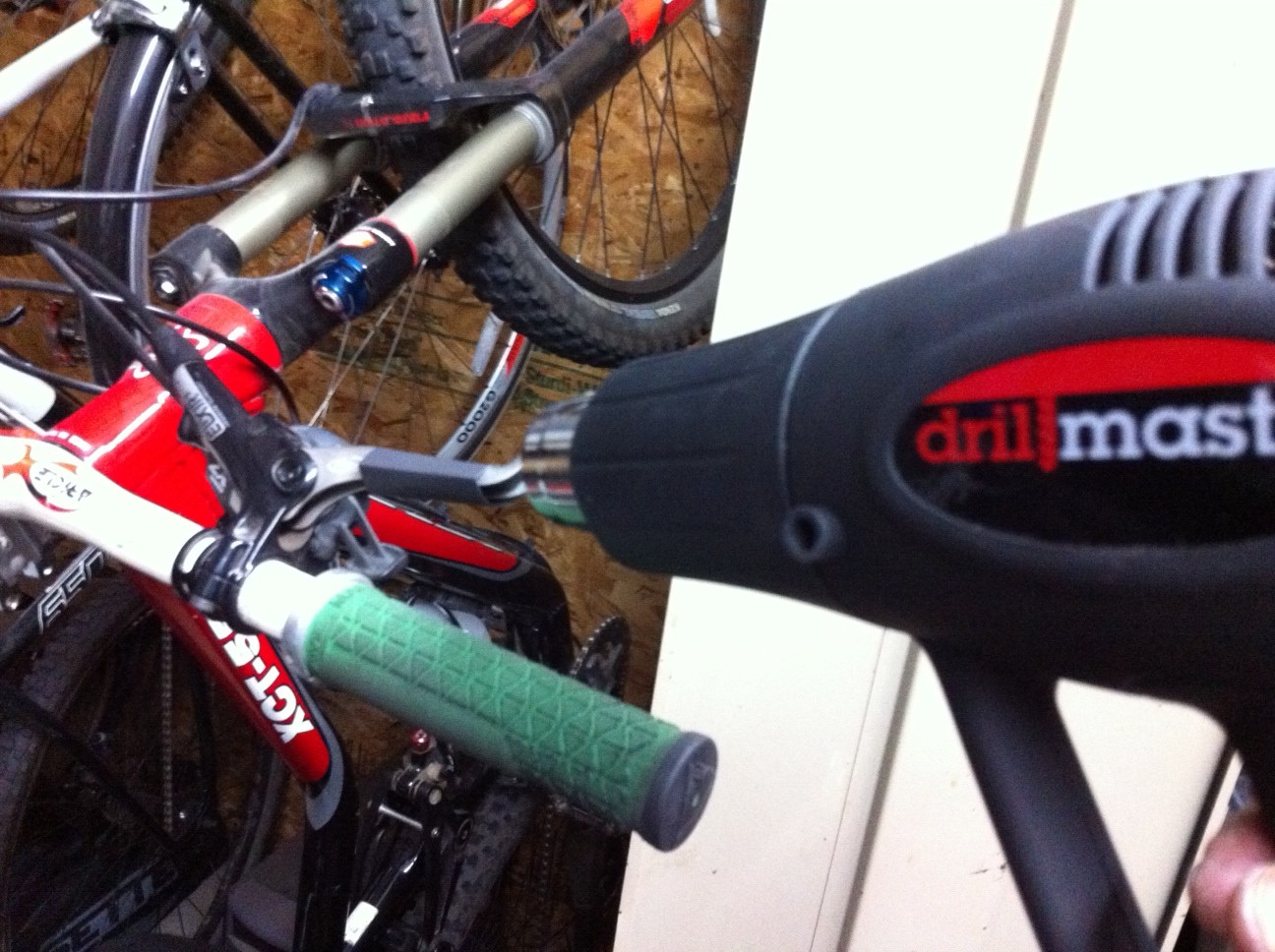