Last week I mentioned that I’ve got another build project going on at the MtnBikeRiders.com workshop. To refresh your memory, we basically wanted to build a bike for Priscilla that she can use for those epic rides that she enjoys, and for it to double as a race machine. So that meant that the bike had to be light enough, yet sturdy enough for this responsibility.

Let me introduce to you the KHS XC Team…that’s right folks…this frame is the TEAM issue frame that people like Melissa Buhl…um 2007 World Mountain Cross Champ rode…anyhow Wayne D. Gray, KHS VP decided to give us this frame to build up our machine once he found out our goal with the rig. Originally we wanted to work with the XC 604, but he insisted we take the XC Team, what? It’s not like I’d say no to Wayne D….

Ok so here’s some of the preliminary photos of the build project. The frame weighs around 4.5 lbs. 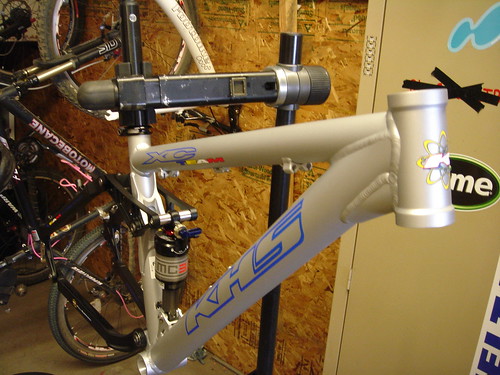 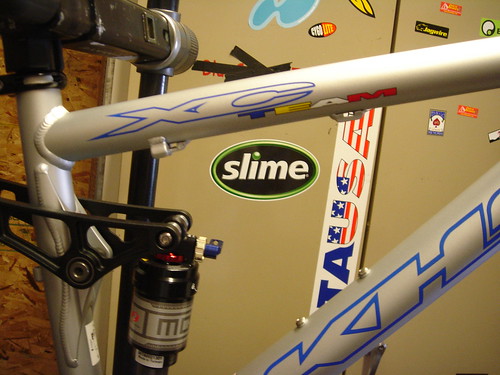 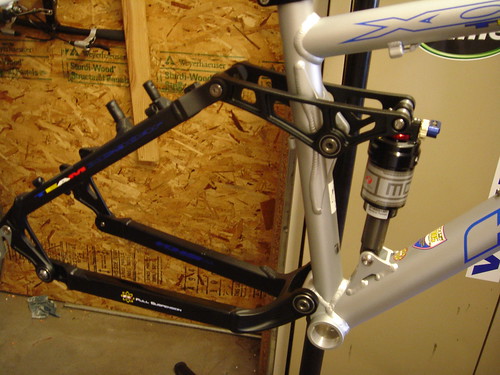 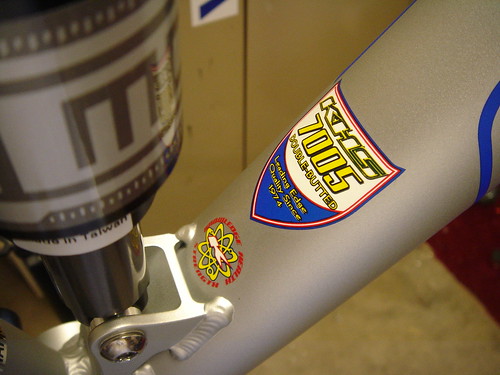 Spinner Seasons fork with lock out and FSA Orbit IS Integrated Headset. 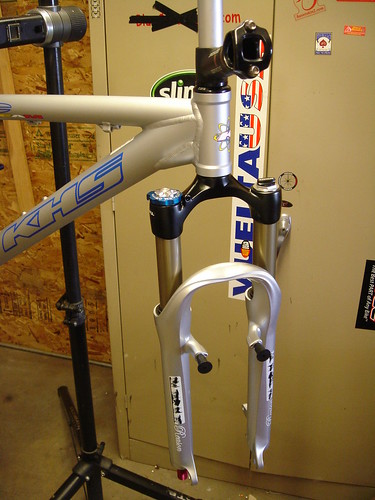 I’ve made some more progress on the bike, so I’ll make sure I post the updates as I go.