As you all know last Saturday was our official dress ride. This is basically the ride in which Vince Rodarte of KHS Bicycles paid his bet by wearing a dress during a ride at the Fullerton Loop.

On Saturday morning we had gathered a group of riders that were there to get a ride in as well as a gander at Vince wearing a dress. Vince showed up like a real diva, fashionably late. Right away we gathered everyone and I was able to present Vince his attire for the day. 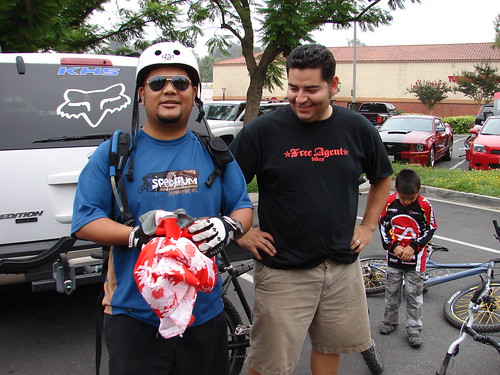 Here’s Vince sporting his authentic Hawaiian moomoo by Guadalupe. I loved how the flowers matched his helmet, of course he rode in style since he was adorned by a pair of aviator glasses. 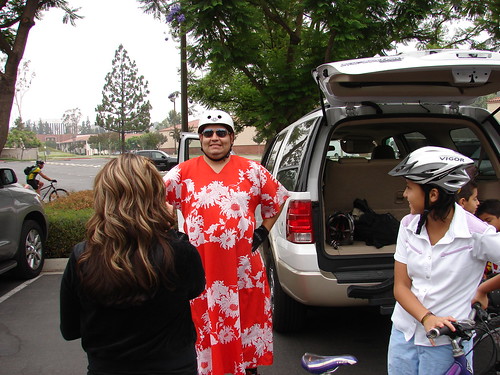 Not only was Vince a brave man for wearing the dress, but the dude was tough enough to haul his two boys in the trailer while riding a single speed! 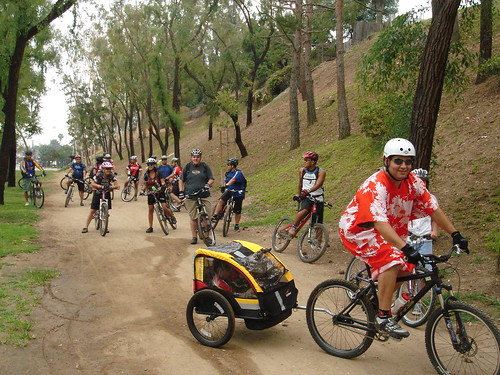 Here’s the two Rodarte Mom’s with their kids. 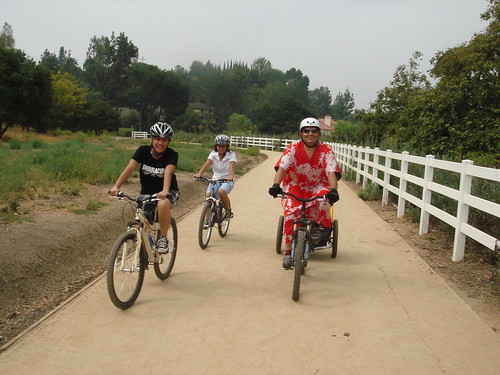 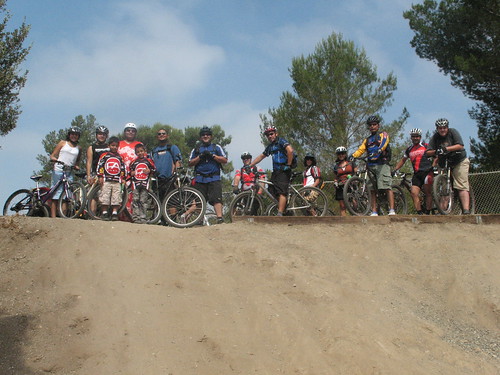 We ended the day with a BBQ that MtnBikeRiders.com provided for those that could make it. Burgers and Dogs were flowing like Evian out of my grill. 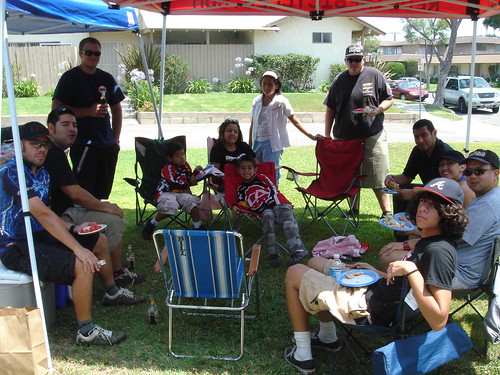 In true MtnBikeRiders.com style, a video captured our festivities! Enjoy!

We’d like to thank everyone that made it to the ride as well as the great sponsors of the weight loss challenge. Apparently, Juan Diaz of Specialized Bicycles donated $200 to the City of Hope!