The other day Lady P sends me an email and here’s a little excerpt from it,

“Babe you’re so awesome and handsome! You have nice calves, and great riding skills. Due to your awesomeness, I wanted to let you know that Sizzler has a coupon offer for $20 of food for $10! “

Before I go on, let me give you some history and explain the significance of Sizzler. Back in the 80-90’s Sizzler was a wonderful place to eat! I recall eating at the Sizzler on Redhill in Tustin, Ca. and having a great time with my family. We loved Sizzler so much that we went there at least once a week.

Fast forward 20 and odd some years later. There’s a Sizzler that is in the direct path of the Fullerton Loop. So for the last few years, every time we ride passed it we joked that we should eat at Sizzler. We never did just because towards the last part of the 90’s Sizzler took a dive. It became worse than Denny’s or Coco’s . So when this coupon came up, a bunch of us grabbed the opportunity to save money and have some fun eating at Sizzler. It’s much like drinking a PBR, it’s cheap, not very good, but its fun to do it.

For our Wednesday night ride, we all agreed that we’d ride super fast and do a shorter, 8 mile ride in order to get to Sizzler before they closed. Behind me is Doc Thunda, Lady P and Constant. 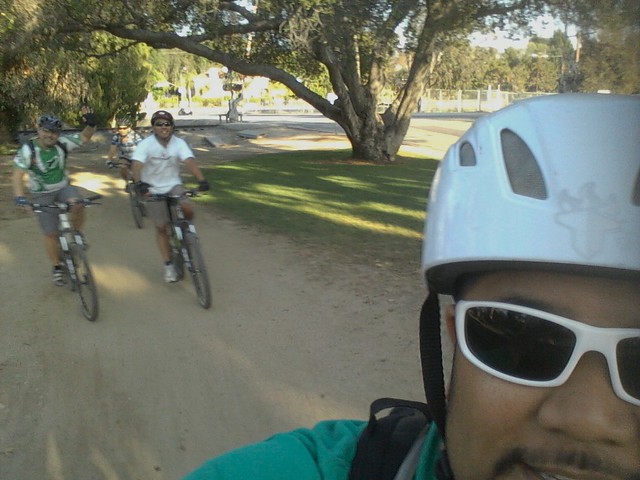 I was riding the Redline D600 because I’ve found that this bike rolls pretty fast through the trails and at that moment, I NEEDED to be fast to get to Sizzler. 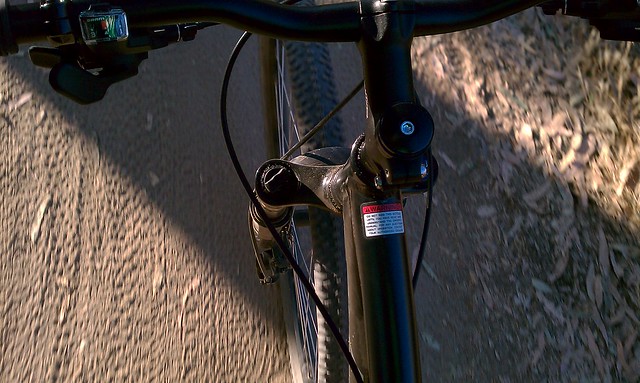 This was my view most of the ride since I was ahead of the pack…I was a determined fella so that means I pushed hard through out the ride! 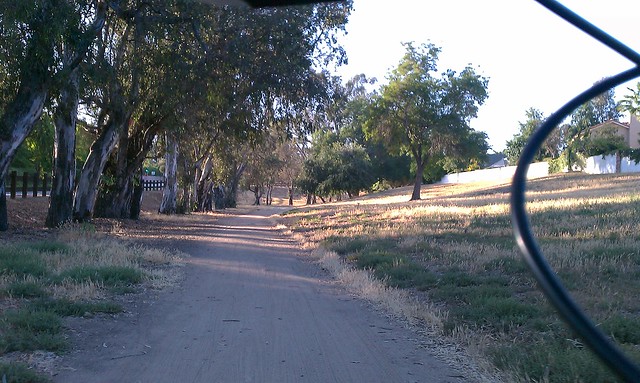 We eventually made it to the Sizzler parking lot…oh thank heaven! 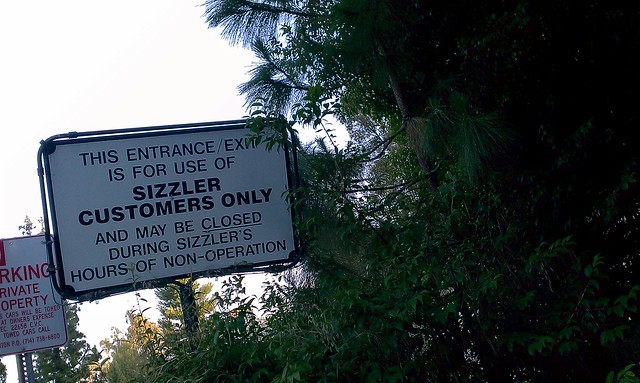 I was one happy dude. I guess I was remembering all the good that occurred inside Sizzler from the 80’s and was hoping to relive those moments. 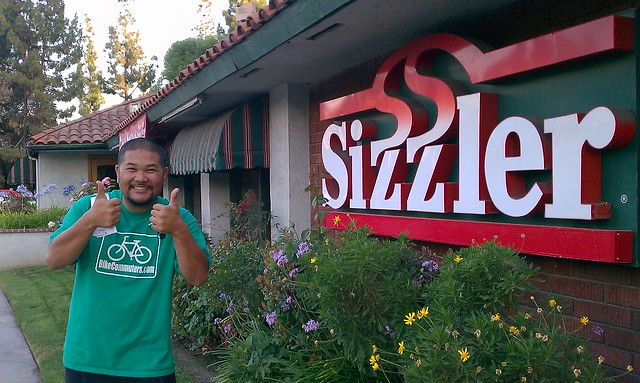 Here’s a shot of Constant and Doc Thunda. Notice how Constant’s eyes are rolling back? Well that’s because the food was sooo good! 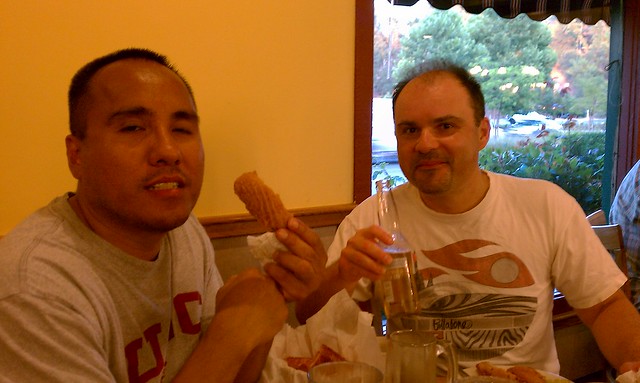 See this piece of toast? That right there was God’s gift to man kind…. 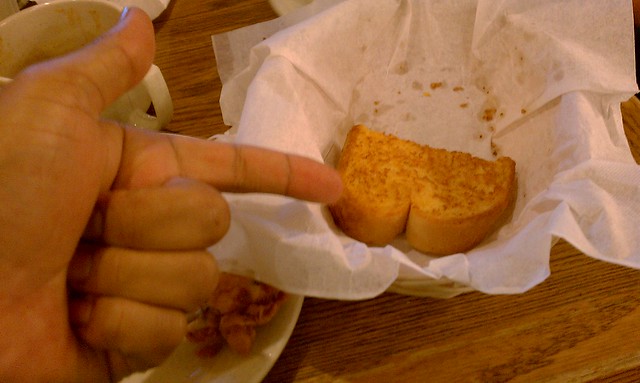 I’m sure you’re wondering, was the food good? Since I only had the Endless Salad Bar, I can only judge what I ate and let me tell you, I was impressed with it. Constant had Steak and Shrimp. You can see that his steak wasn’t all that big, check out how it compares to his knife… 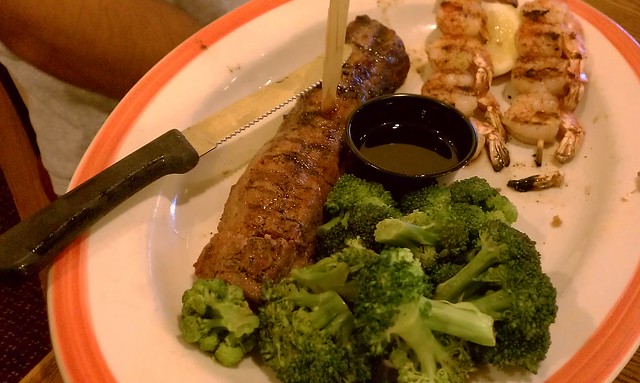 Overall we were genuinely impressed with the food at Sizzler. The last time I was here was about 16 years ago and it sucked and that’s probably why I haven’t been back until last night. If you’re inclined to try out Sizzler, do yourself a favor and eat at the one we were at, it’s in Fullerton off Harbor and Brea Blvd. I’m sure other Sizzlers are fine, but from our experience, this one is pretty decent.

Tandemania at the Fullerton Loop

2 thoughts on “We Goin’ Sizzler”