The morning trails were not what we were expecting when we decided to come up and do the lift-assisted riding. At least it was not what 3 of us were expecting. The two who had driven up for the morning are definitely on a different level of riding then us and prefer different types of riding… which is another lesson learned and one that will be examined in the last part of this series. 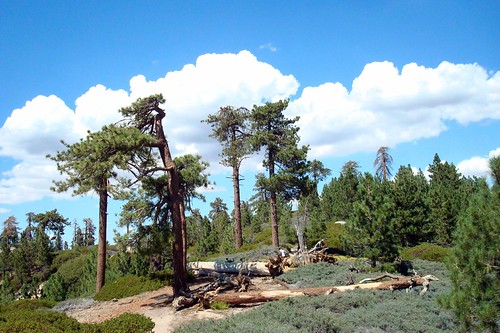 During a subdued lunch, the three of us reviewed our morning. We especially were downtrodden when we recalled how little riding we did compared to how much walking we did. For all the walking I did, I even received a little prize in the form of a cut & bruised knee. Tim, the resourceful one, decided to change our course for the afternoon and took things into his own hand by walking up to a random gal riding a nice Specialized Safire and engaging her in conversation. 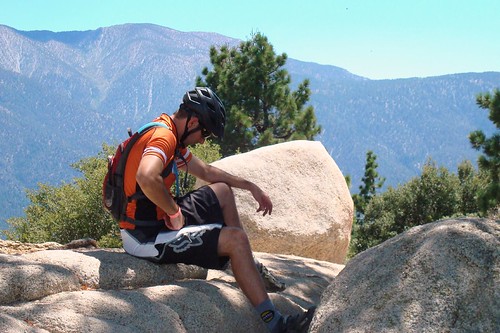 After chatting up the gal, we find out that she is a local. Even better is that this gal, Deb, volunteers to lead us to the much sought after but not found XC style trails. Deb, and her husband John, whom she rounds up and explains the plan to, then proceed to spend the rest of the afternoon with us as we hit Pirate, Fern, Pineknot, Grand View and other linking trails. It got so good that we took very few pictures! As bad as the morning was for us was how good the afternoon turned out to be. 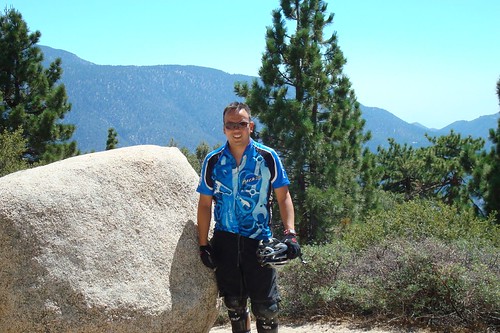 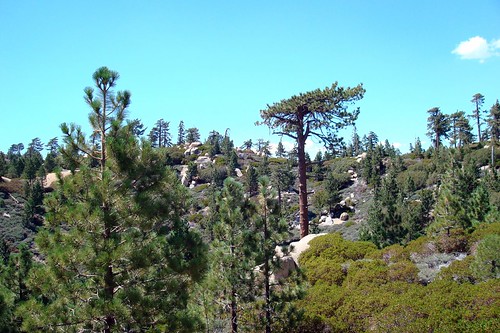 The afternoon was spent riding many, many miles of fast, swoopy, singletrack trails with a little bit of technical challenging sections that also happened to be accomplish-able. These XC style trails were fun in so many ways and were the exact trails the three of us, who had spent the night, were looking for and expecting. Riding the singletrack we darted among the trees, going up a little but down a lot, launching off of small rocks, using body english, ripping it all… sweet XC riding. After just riding one short section of trails with Deb & John we knew we had found a couple with penchant for the trails we liked. Even better was that I knew I could take off my elbow & knee armor. 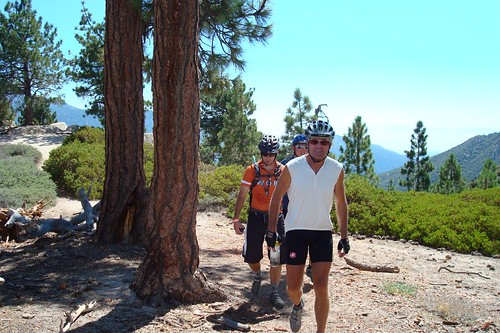 John, leading us back to the bikes after our break. John, who was fighting a little cough, was still WAY faster then any of us out there.

By the way, Deb & John, who have kids that are just a couple years younger than us, are FAST out there on the trail. John led the majority of the time while the rest of us played catch up, without ever catching up. Familiarity always makes you faster on a trail but John wasn’t fast due to familiarity, he was fast because he was fast. Deb was skilled as well taking on pretty much everything the trail threw at her with aplomb. But not only were Deb & John fast and skilled, they were also great ambassadors of mountain biking. Deb, towards the end of the ride, said that she didn’t want us riders to head out of Big Bear thinking that the trails sucked when there were actually great trails to ride that fit our style. How cool is that? 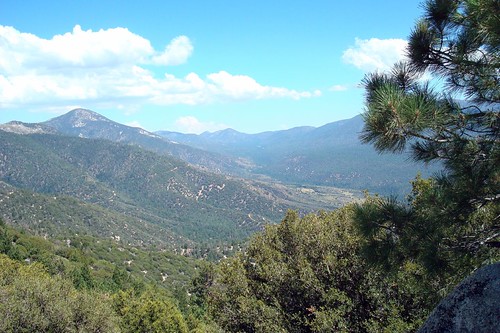 We’ll be riding down there tomorrow on SART

Part III coming tomorrow as we ride part of what is widely considered to be one of the top trails in Southern California, the Santa Ana River Trail aka SART.