One of our long time riding buddies, and Service Tech Exgtraordinaire at Jax Bicycles in Fullerton Ca., Robert Plumb, but I like to call him Robert-oh, headed out to Trek World and wrote up a nice report on some of the things he saw there.

Trek World 2009
I was selected to got to trek world 2009 and I have to say it was awesome! I was able
to ride a few bike and attend plenty of seminars to learn about the new products as well
as ask questions to the designers and engineers.

This is the first bike I was able to ride. 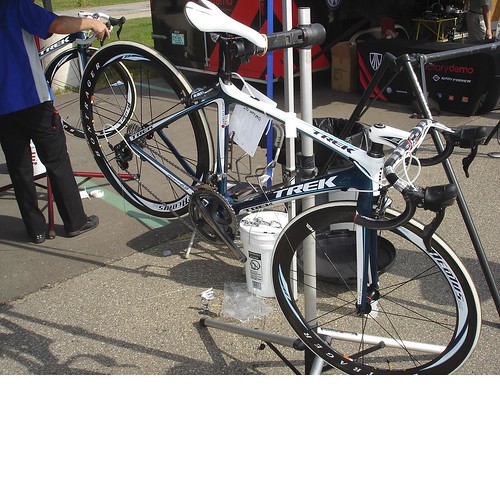 It is the 2009 6.9 Madone pro fit. It was outfitted with 2009 Dura ace (very nice) The wheels are the Aeolus 5.0 all carbon clinchers. This bike rode very smooth and very fast. The new Dura ace is very snappy and the redesigned hoods are very comfortable.

When I got out of the saddle and wanted to sprint this bike was ready to go and begged to be pushed and flexed. The Bontrager wheel guy told me if I brought the bike back with the wheel out of true or broke a spoke or the wheel he would give me $1000. I did everything in my power to bend or break these wheels. I was bunny hopping over man hole covers and slamming the bike back down, going up and down curbs and over the center median. I didn’t even put them out of true!! If i had the $9000 bucks lying around this would be a bike to add to the stable!!

The next bike I rode was the Fisher Roscoe 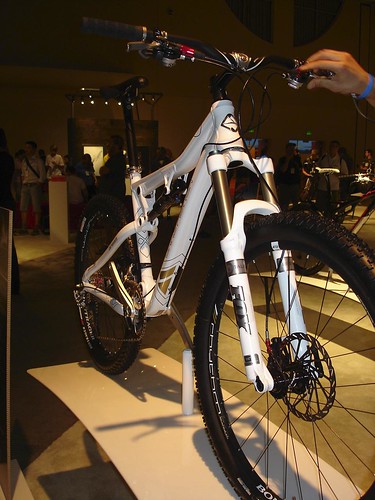 Right before Trek World, Gary Fisher Released the Roscoe their new 6 inch travel bike. I had a chance to ride it on Trekʼs awesome trails!!

The first thing i noticed was how light the bike is for a 6 inch travel bike and how well this bike climbs for being a six inch travel bike, very little pedal bob. It also handled the descents with ease. I took a few drops and ladders and it handled perfectly. It uses the same ABP linkage that Trek uses with the Ex series.The Fox guy that set the bike up for me said the Fox is making a specific shock meant for this bike and only for this bike.

Three stage pro-pedal, Dual Air Chamber called RP23 XV. I really liked this bike I am not a big fan of the white for a mountain bike but I can get over that.

Next bike was the Trek Remedy 9.I Really Really like this bike. It looks awesome and handles better. 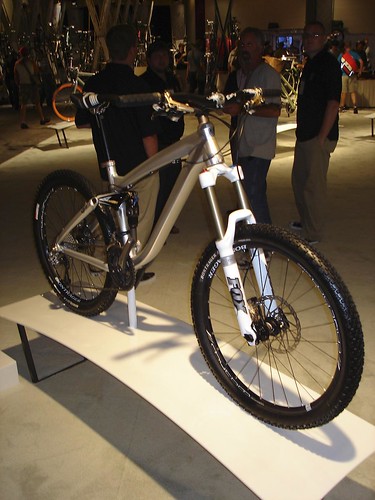 I was able to do wall rides, jumps, and bridges and teeter totters with ease and comfort. The bike climbs very well and begs to go downhill fast. I put it through its paces and it came out shining!

The2009 model comes with a magnesium rocker link, New Rhythm Pro wheels and a new paint job but everything else pretty much stays the same for 2009. This may be my next bike. It is a bike I can ride all day and beat up and it will take it.

My next test was the Trek Top fuel 9.9 SSL prototype. 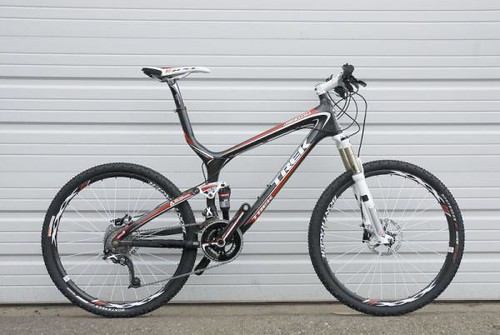 This bike is plain Fast, enough said…. lol. Seriously though I would really love this bike if
I was a racer. It climbed unbelievably as loved the tight single track that I threw at it.

This is the first all carbon mountain bike I have ridden on dirt. It featured the Rock Shock S.I.D front fork, and the rear shock was the DT Swiss. Both had remote lockouts and we had a match made in heaven for this bike. A unique feature to this bike is it no cut seat post it had a bit of adjustment but it’s very minor. 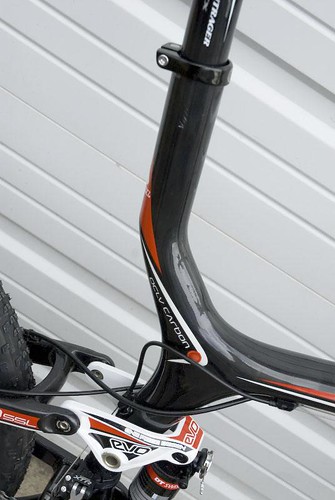 It also had a double chaining up front instead of the typical triple. This was very interesting because I am not used to not having that small gear luckily there really isn’t any hills on Trek’s trails so it worked out good. They do this to get a better “qfactor” and save some weight. 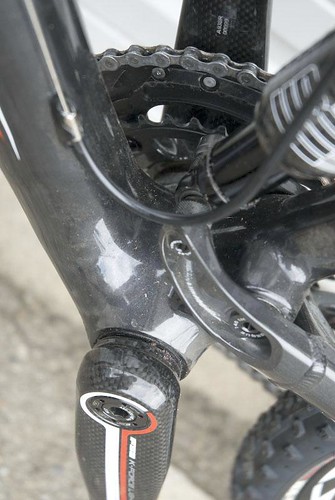 There were many seminars to go to about all the different products offered. Bontrager has a carbon mountain bike wheel coming out. It has a tool-less hub so maintenance is very simple. It is supposed to be stronger than its aluminum counterpart.

They are also going to get into the shoe market. The shoes felt very comfortable when trying them on and I am excited about getting to ride and test them when they come out.

Trek put on a fantastic show!! 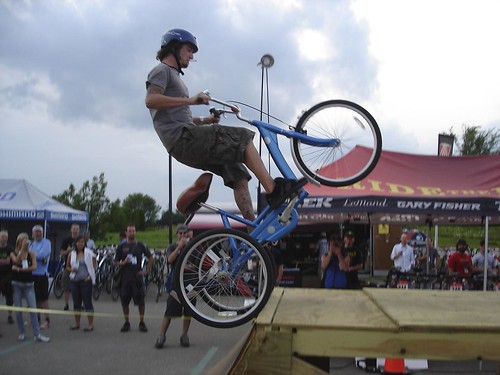 A live band, free swag, great food and Lots of free beer which was a very nice thing
after 5 hours of riding. Saris/cyclops had a power meter hooked up to a bike on a
trainer attached to a margarita blender. I wish I would of took pictures of it. I decided to
give it a shot.

I pumped out 1095 watts while mixing a margarita! That margarita tasted awesome!! haha. I had a great time and hope to be able to go back in a year and see what great products the Trek family is coming out with. 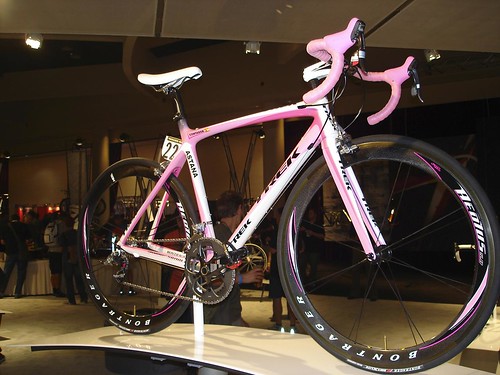 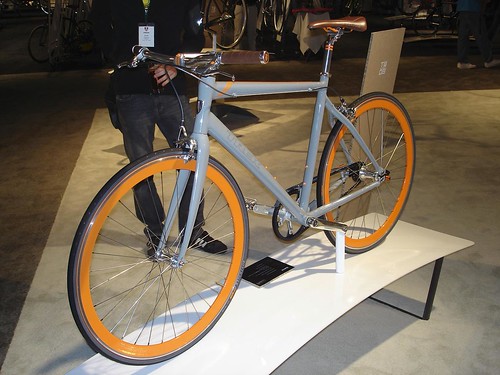 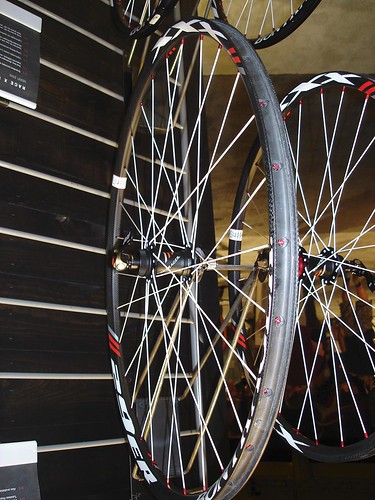 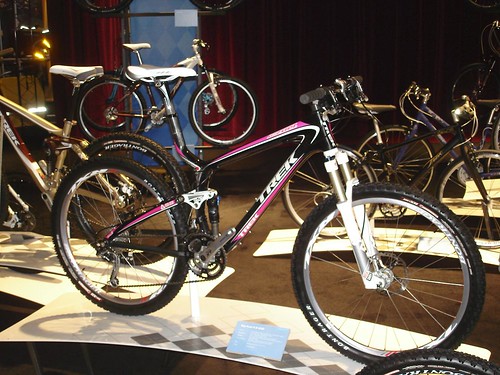 We’d like to Thank Robert-oh Plumb for providing us a first hand report of Trek World…so Robert-oh, did you bring me back anything?

Just Throw it up!