Last Saturday, Priscilla and I met up with Eric “The Animal” Hunner at one of our favorite trails. Eric is quite the regular at that venue and we had asked him to show us some new stuff that we’ve never done before. Sho-nuff, the fella doesn’t disappoint. For the first part of our trek, Eric took us to a trail with a name like Sage something. It included a steep climb and awesome single track on the way down.

The Animal chose his weapon for this trail, a Santa Cruz Bullit. Though he’s a great SS rider and we actually met Eric at this trail with his SS, the All Mountain Bullit was built for this type of riding. I too was lured by the benefits of an AM bike for this trail and chose to ride the Ibex Ignition 3. 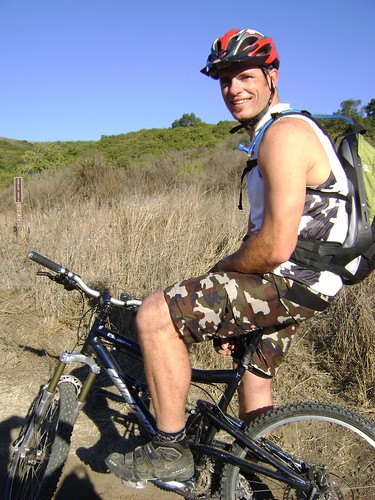 As we made our way through the trails, I made sure that Eric was in front of me during the descents just so I can capture this big Animal bombing down the single track. If you watch the video below, around 1:28, you’ll see Eric…all 240lbs of him, using his bike as a pogo stick. It’s actually pretty fun to see.

It was a busy day at Aliso, here we are at Top of the World looking over the Pacific Ocean. I think that’s Laguna Beach if I’m not mistaken. 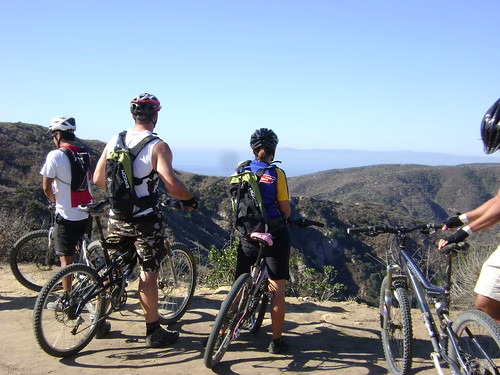 I do have to give big props to Priscilla. She has grown tremendously as a rider and showed off her skills as she rode down some of the most technical portions of the trail. If you had seen the video, there’s a section around 2:23 where the trail becomes a baby-head rock bed, its called Rockit. Most riders will ride to the smoother area on the right, but Priscilla chose to ride down the middle like Eric and I did. Rockit is super fun and can be pretty gnarly and down right scary, especially if you’re not paying attention. You guys have to understand that for her to ride down the middle of Rockit is a big thing. Heck it took me a while to get enough skill and courage to do that, and I know of a few riders that won’t dare touch the middle…so great job Priscilla! 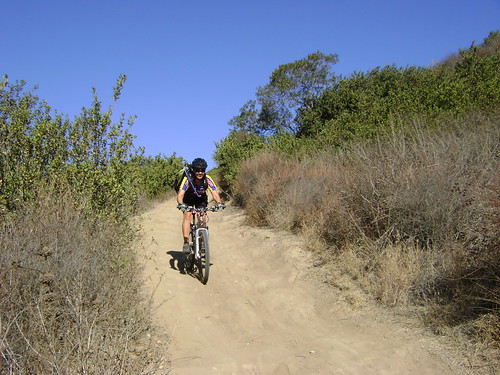 Unfortunately I had some mechanical issues with my Avid BB5s. I normally do a thorough inspection of the bike I’m riding the night before just to make sure its dialed in, but since I forgot, I didn’t realize my brakes were rubbing a bit. But that problem was quickly fixed by using an Allen tool and setting the calipers. Oh that thing you see on my helmet is the Vholdr camera. That’s what I used to make the video above. 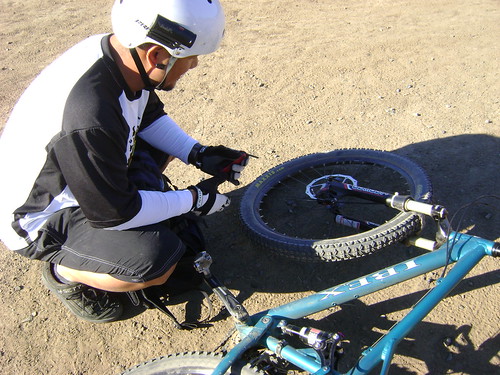 Anyhow, watch the video if you haven’t already, you’ll get an idea of what kind of terrain we rode. I’d also like to thank Eric “The Animal” for showing us the new trails, that’s definitely something I’ll be coming back to.