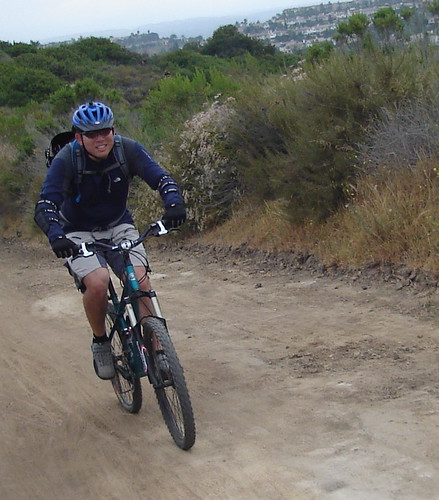 Going from one trail to another via fireroad. No leg pads, just the arms as they’re pretty comfortable.

I got to put my new Sette Strike pads I purchased last week to use when I rode at Aliso. As I was coming down Rock-it I slowed down way too much and my front wheel got stuck in a gargantuan hole. Over the bars I went but thankfully into some soft terrain. Some people know this soft terrain as rock. The pads did a great job keeping me from getting all beat up. The pads did get a little dirtied from the rock but none the worse for wear.

Some people might think that I intentionally ate it just to test the pads abilities. These people would be absolutely correct. I am not the type of rider that falls down ever unless it is purely intentional. In fact, I only fall down when I want to fall down, and never before or after that. That is why I know EXACTLY when to put on the pads and when to take them off. 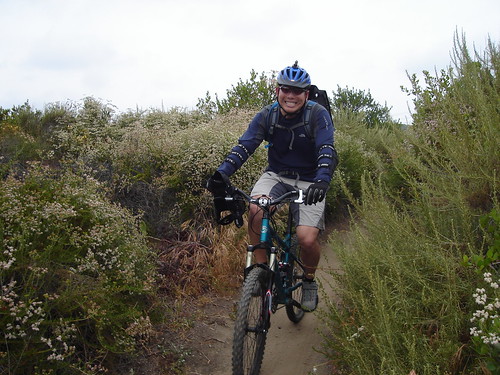 Right before I donned the leg armor again

Taking the pads off and on had a bit of a learning curve. I only tried to put them on once before this ride, when I initially received them from UPS. The first time I really got to put it on was at the top of the first climb before the first descent down Lynx. No mishaps on Lynx, as I planned it. At the bottom of the Lynx, I stripped off the leg pads as they were not conducive to climbing.

At the top of the next descent on went the leg pads. I dropped in and chose about the midway point of the rockiest section to test out the pads. Off the bike I went landing with a primal yell or was it a girly scream? Which brings up the question: “If a mountain biker falls in a forest and no one is around to hear it, does it make sense to tell everyone you ate it?”… or something like that. 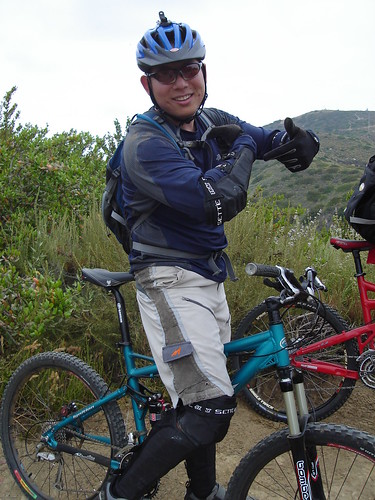 Showing off where my elbow crushed the rock

2 thoughts on “I Did That on Purpose”