For the past few years, I’ve made it a point to do a ride on New Year’s Day. Honestly its really hard to get a group ride going after a night full of partying. But luckily this year’s ride had a good turn out. We were joined by our newest riding buddy, David Sanderson as well as Eric “The Animal” Hunner. Priscilla, Moe and I met up with everyone this morning at 9:30am and rode the Loop at an easy pace.

Through out the ride, I was actually surprised by everyone’s performance. For the most part you wouldn’t think that any of them had hangovers…David recently purchased a new Redline Monocog 26 Single Speed and he was on fire.

Even though the rest of the crew did well riding, I was still recovering from being tired and fat. David and I actually rode Aliso Woods yesterday for a few hours. So if I include that ride, a long night trying to celebrate New Years, then my overall condition for riding was pretty sad…I was down right messed up. Luckily there’s this hot young thing that was kind enough to keep me company as I grinded my way through the trail… 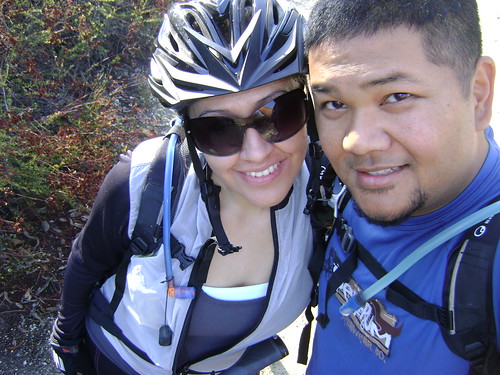 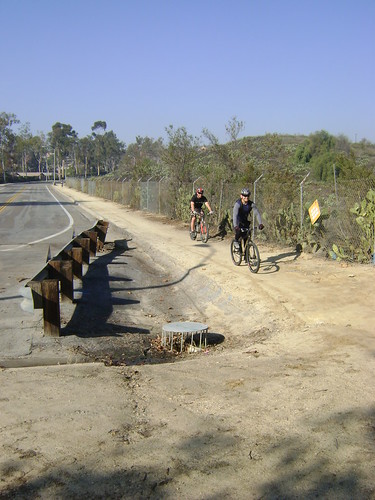 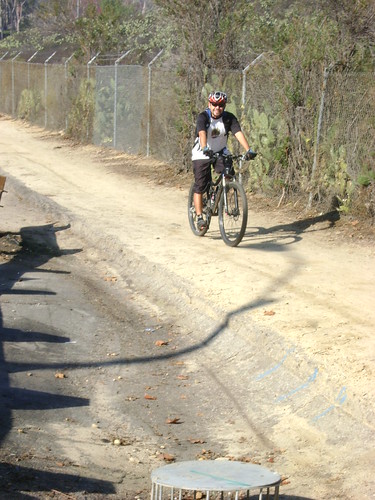 At one of the rest stops, we met up with our friend Christine. The last time we rode with her, she broke her derailleur hanger and chain. It took her shop a full month to get the hanger ordered and installed.

After the ride, we decided to eat at our favorite venue, Farmer Boys. Man that places has some great French Toast!
Moe, Eric, David, Christine and Priscilla. I was taking the photo. 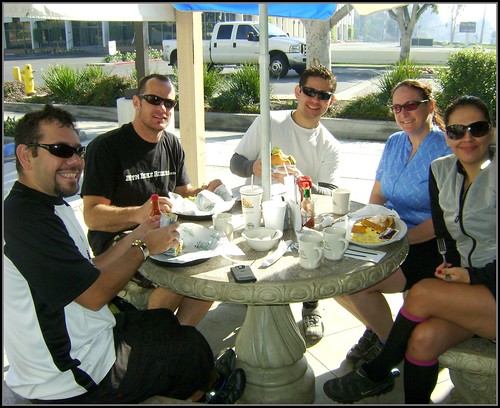 As usual, we like to take short little videos of our adventures.