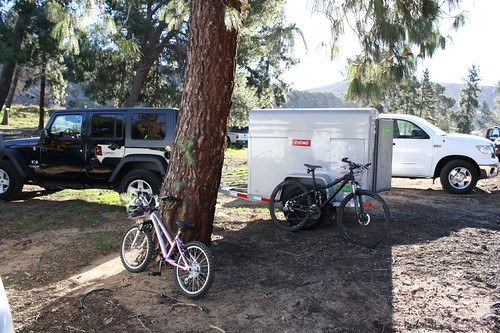 I arrived at Southridge with trailer in tow, Eric, David, Tony and Kim were already there. We formed a little caravan circle with our cars to block some of those fierce Santa Ana winds that plagued us the entire weekend. 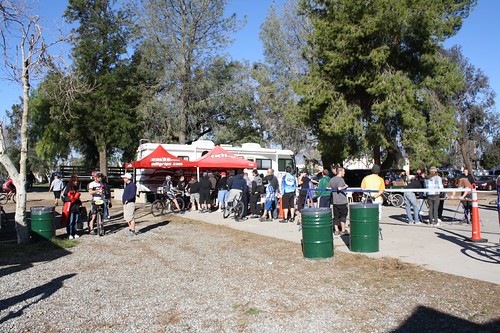 Registration lines were really long, we waited for about 40 minutes to get our numbers, plates and other goodies that SRC gives its members. If you are thinking of doing at least 4 races, the membership is totally worth it. 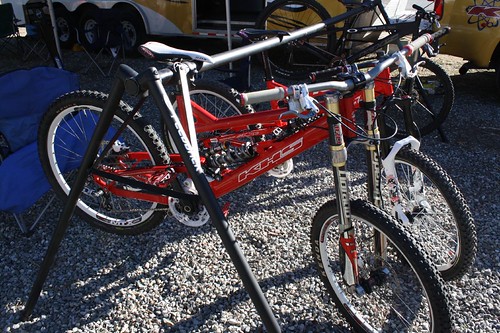 On my way back, I stopped by the KHS trailer and chatted a bit with Quentin Spaulding, KHS’ Factory Team manager. He gave me an insight on the Lucky Seven as well as some advice about setting up the KHS DH200. 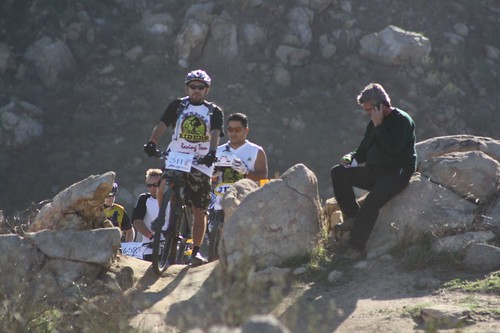 Joe and I were shuttled to the top of the hill and we were told that the Super D race was going to start next to the Downhill start. We walked our bikes up and we inspected the course. All we saw was nice sweet singletrack, although I’ve ridden Southridge a few times, I’ve never ridden that particular singletrack. 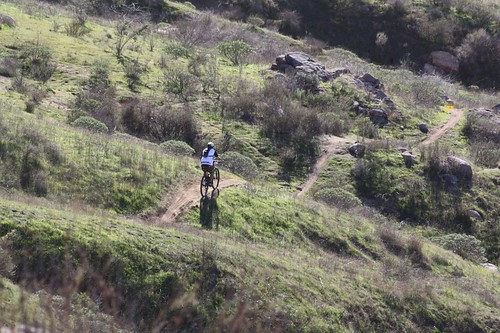 The race had only 1 uphill, the rest was downhill and we also rode through the lower rock garden, which was part of the downhill course. 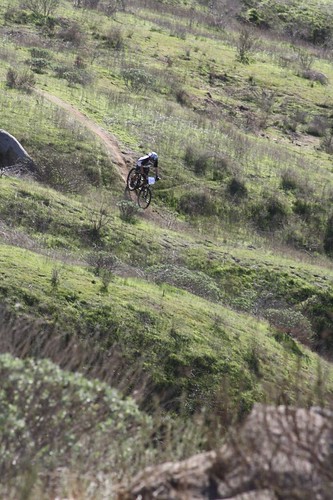 I had an eventful race, I crashed 3 times and saved quite a few. It just wasn’t my day. I still ended up coming in at 6th place, but I left a little skin on the course. 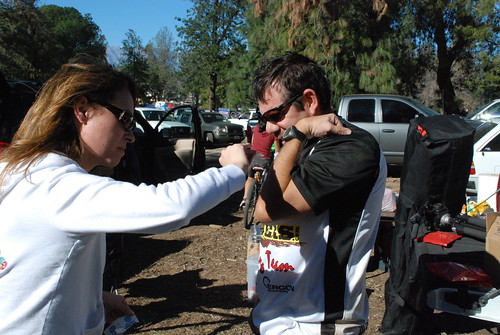 As usual, I want to thank KHS and Mr. Calvillo for the Flagstaff 29er, HossMTB for their great and durable shorts, Ergon Grips, Serfas and my entire family for going to see me race. 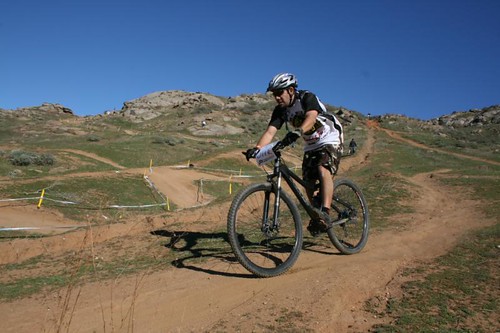 Stay tuned for my Downhill report.

7 Replies to “The Moe’s race report part I”