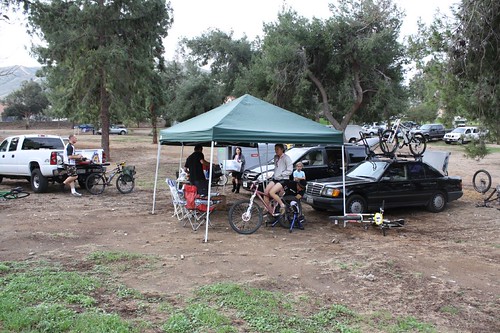 Under the threat of rain, most of TeamMtnBikeRiders.com gathered under a couple of ez-ups and got ready to race. Saturday was my turn to be Señor Team Manager since RL was out on a retreat, that meant I had to be the photographer and race support. 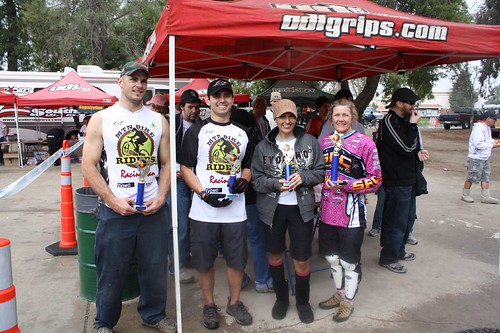 As usual, the XC racers gave it 110% percent and were able to bring home some trophies. Joe (doing double duty) and I raced SuperD, this time, the course featured 3 climbs including ‘Sandbagger’s hill’. The rest of the course included parts of the XC course and a little of the Downhill. 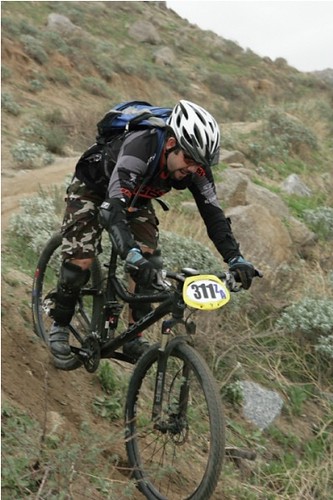 I’ve been getting out of work late so I didn’t have any time to ride for 2 weeks, it definitely showed; I was sucking wind on the second uphill and lost a lot of time on sandbagger’s hill. I also rode more conservatively this time, I still have some of the scabs from the last time that I raced. I ended placing 8th, not one of my best races, but it was a fun ride. 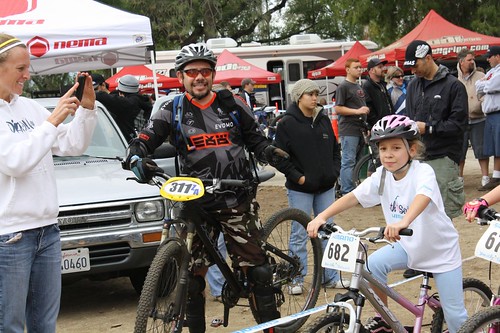 For me, Saturday’s highlight was my 8yr old girl entering her first ‘race’. She was racing on a KHS Raptor, a sweet 1X7 kids MTB. 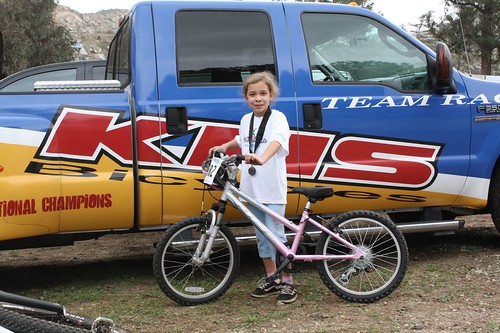 Although she had an unfortunate fall, she bravely got up and finished up the race, she was really happy about her first MTB race medal. Look out Priscilla, she will be taking your place on the podium! 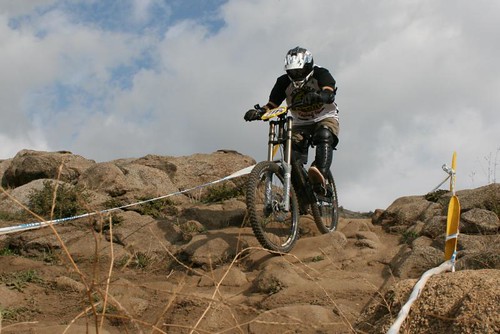 We thought that Sunday was going to be a dry day, it was, sort of… a quick rain shower (dust control according to the PA announcer) left the trail nice and tacky. Unfortunately I only had time for one practice run, but I was a little more confident since I’ve raced DH before and the KHS DH200 is a superb bicycle that compensates for my lack of skill. 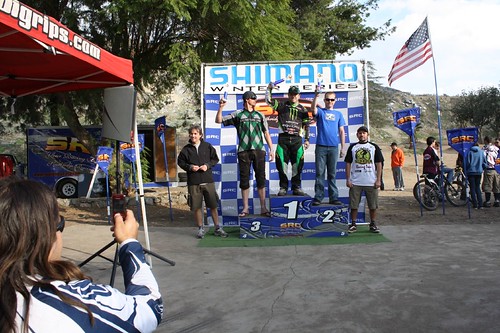 If you would have told me 2 months ago that I would be racing Downhill, I would have laughed and said hell no, I’m not that Nucking Futs…. But thanks to my buddy Vince Calvillo for having the confidence of letting me ride the DH200, I was rewarded with making it down the hill in one piece and I achieved a 5th place podium finish. 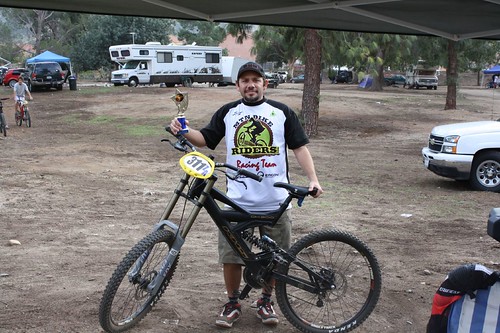 My personal goal was to make it to the podium since I was the only MtnBikeRiders.com rider that had not achieved taking some bling home. Well, I finally did it, although I was surprised to have done it on a Downhill race instead of SuperD.

So far So Good