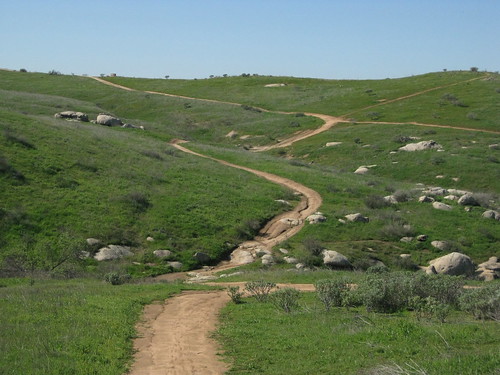 Afraid of the new trail?

I noticed it the first time I did a shuttle ride. Normally I’m all about the XC trails: flowy, some tech, uphills, downhills, singletrack for miles. But the shuttle ride was decidedly not XC. It was definitely more AM-ish so much so that when the shuttle driver picked us up he commented on my bravery for going out there with a hardtail (80mm). Out of the 15 or other bikes on the trailer only two bikes were not full suspension. Mine and my friend W. But W is crazy and a freak of nature. He told me afterward that he he’d like to do it again on his rigid SS.

On the shuttle ride up the mountain I had to allay my fears of riding this trail. I couldn’t believe that I was nervous about what I had gotten myself into. In the end it turned out to be fine. I ate it a couple of times but it wasn’t because the trail was too much. I was ether being too lazy and not getting back or not attacking stuff with vigor. It turns out that I really liked the trail and can’t wait to get back out there. 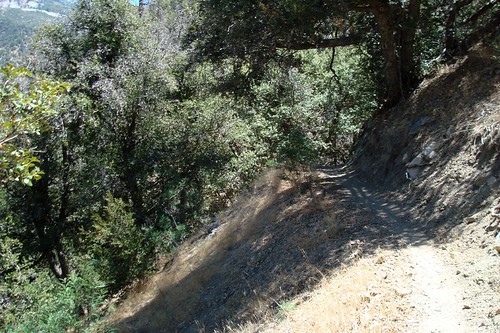 Most people like to ride familiar trails. They know where the difficult parts of the trail are: the lung busting climbs or the technical descents, the rock gardens, the sudden blind corners that lead to a steep staircase… The familiarity of the trail makes the rider feel a sort of security blanket attachment to the trail. I would also venture to guess that most people also like to ride new trails as well. You don’t get into mountain biking without a sense of adventure, right.

But there are riders who are afraid of the big bad new trail. These riders are terrified of how long and/or steep the climbs could be. They get nightmares when they realize they have to go down that descent. They get so worked up mentally that they end up defeating themselves before they even begin the ride often to the point where they just don’t enjoy themselves out there. 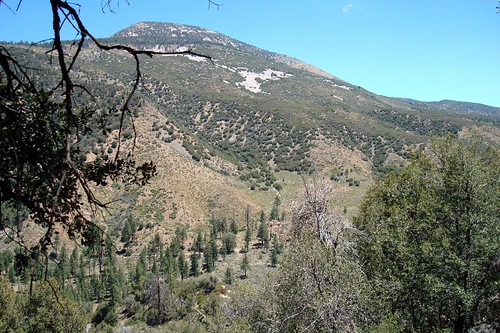 Since you’re already out there, take in the unfamiliar scenery

Just to clarify: there is nothing inherently wrong with being afraid of new trails. But I know you didn’t get into mountain biking because you wanted to tell everyone that you’re the numero uno rider of the city bike path did you?

Time for a bit of self diagnoses: Are you afraid of the big bad new trail? When was the last time you hit up a new trail? Did you make it through the whole thing or did you have to ditch partway through because it was too much (insert: climbing, descending, steepness, exposure, dirt, flowers, pretty landscape) __________?

If your answers are not satisfactory to you read the solutions.

Solution: Man up, buddy. If you’re a newb and you’re reading this you get a pass but not for long. If you’ve been riding for a while and it’s always the same old, same old… I’m calling you out: it’s time to wean yourself from your blanky and hit some new trails.

Another suggestion is to get some friends who are at your level or slightly better than you and ride with them. When you’re riding with better riders you almost always get better. You also have the added benefit of someone to help you out with tricky terrain. 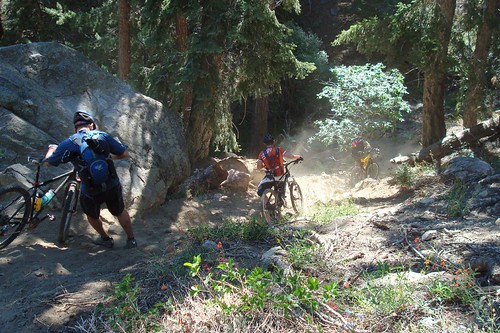 Don’t be afraid to walk. Just because I’m suggesting you ride new trails doesn’t mean you have to go balls out on stuff that’s way over your ability level. Use common sense and walk stuff that is just too hairy. Yes, walking the bike sucks but getting injured sucks even more. 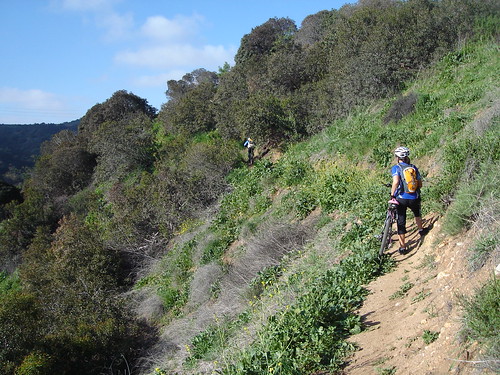 Embrace the walk. You’re not going to conquer everything out there like you do with your familiar trails

Tagging along with “don’t be afraid to walk”, Embrace the walk. There are going to be places out there where you have to walk. It might not be on every new trail but as you ride new stuff, you’ll realize you’re going to have to walk it at some point in time. I say “Embrace the walk”. Hating the walk only dampens the mood. Enjoy the walk, take pictures, take in the new scenery, remind yourself that at least you’re not seeing the same things you saw on the same trail you rode last week and the month before that and the years preceding that.

By the way, we’re riding a trail that is new to almost all of us. We’ll be there this Saturday morning, Feb. 28. Click here if you’re in the area and would like to join us.

2 Replies to “Whose Afraid of the Big Bad New Trail?”