When you’ve done an awesome ride or jumped off a big rock with your bike or anything that constitutes as “cool”, no one will believe you unless you have a photo of it. So here’s my tip for you, BRING A CAMERA!

It’s pretty rare that I don’t carry my camera when I ride. I guess its the Filipino in me that has me automatically programmed to want to take pictures of every situation. For the most part, you carry a small point and shoot camera that cost between $50-$100. Some of these cameras even have a video feature that can capture your massive air moves. Besides a camera at that price won’t hurt so much if you were to drop it while on the trail.

Here’s a few examples of how pictures help with a story.

Our buddy Tim Shears was bragging to us on how well he does wheelies. We all kinda dismissed his claim because every time he told us about his skills he was wearing his office clothes-suit and slacks with converse all stars. But then one day he gave us this photo…now he’s got credibility. 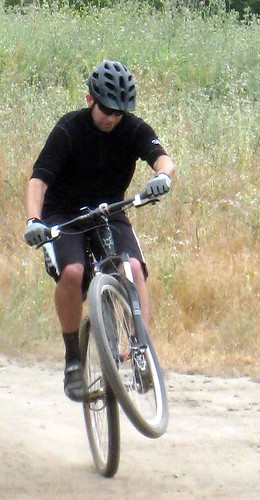 Then there was The Animal who was talking about how he “loves to ride his RL HARD.” If you had walked into that conversation late, it would have sounded pretty odd…But here’s proof of the Animal pounding an RL really hard…get your mind out of the gutter. Cochino… 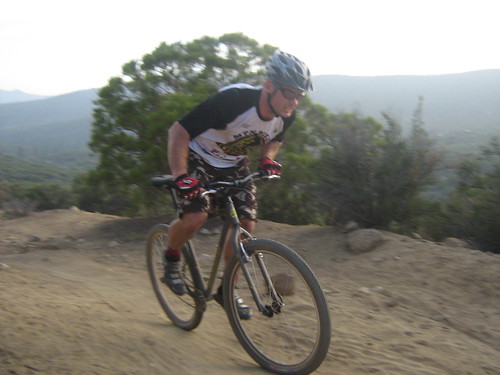 Video is pretty powerful as well. Just the other day Moe, Joe, David and I were having a “special” moment that we called “Sexy time”…

Again, bring a camera, you never know when you’ll need it. Besides its cool to show off pics from your rides to your family and friends

Beer, it does a body good!

5 thoughts on “Does it have pictures?”