Fontana City Nationals is considered to be a big deal in the mountain biking community of SoCal. This event is part of the Kenda Cup West Series. The Nationals always yields some of the world’s best talent racing on local grounds.

Big names from some of the biggest race teams come all the way out to Fontana to get their lungs infected with what local racers call, the “Fontucky Lung” or “Fontucky Fungus.”

For the downhill race, they did things a bit different. Usually the Pros and Experts go first, then the Sport and Beginners.But this time us lowly beginners and sport racers went ahead of everyone. So this means the level of vultures err, I mean spectators are high and these folks love a good crash.

Saturday was practice day. This allowed me to get 6 runs, all clean. With each run I did, I kept getting faster and better. Come Sunday morning, we had a 2 hour window to practice and I was able to get 2 more runs in. One thing I didn’t get to mention. This weekend was something special for me.Why? It’s because I was riding the KHS Lucky 7. I had been racing on the Sette Venom, but when the opportunity came up for the Lucky 7, I jumped on it.

I gotta give props to Mr. C at KHS Bicycles for allowing me to have this opportunity to ride/race the Lucky 7. 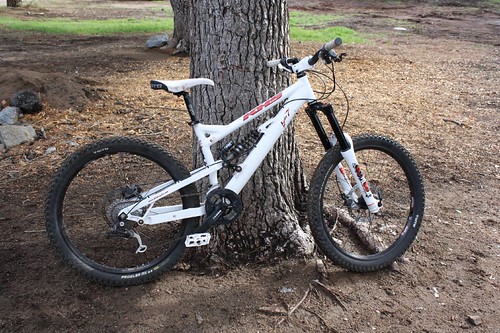 The seed list is posted and I noticed that there are a total of 10 racers in my category, Beginner Men, 27-34. I see the usual suspects and a few that I’ve never heard of. Funny thing about racing in Fontana, you eventually become friends with some of your competition. So that means you wish them luck and safety, at the same time, you want to beat them.

When our group got called, we lined up and I was the 6th rider out of the gate. One by one, racers before me were hitting the trail. When I get up to the gate, I can hear the beeps, on the 6th beep I’m supposed to go.

BEEP! I take off, but making sure that I am fast, yet controlled through the first few turns. I’m midway through the upper portion of the mountain, on a sharp left turn, my front wheel washes out, I dab my foot and kept pedaling. I was so frustrated that I almost felt like giving up. But in my head I somehow convinced myself that it was just one simple mistake and that I’m going to finish this race with a clean run.
Photo Courtesy of six3events.com

I keep working hard through the rest of the course, I find myself through a few G-outs and then to the bottom. I work my way towards the lower rock garden and I quickly find the line that I’ve been practicing. I go down it without a problem. Then I suddenly hear Wes’ voice saying “Good Job RL!” I lose focus only because I didn’t expect him there, the dude has a broken hip! Anyway, I brush against the boulder, I thought I was going down, but I gained control and went on towards the wall.

I find myself wanting to pedal faster, but my legs can’t. I stand up a few times to sprint only to find myself sitting back down due to the pain that lactic acid had dealt. I eventually cross the finish line and my lungs and nostrils are on fire.

After a few hours, results were finally posted. Here’s what’s frustrating and satisfying about this race…3rd, 4th, and 5th, all have the same time 2:47. But here’s the definitive times that separated us:

I couldn’t believe it! As soon as I saw those numbers, I had two feelings. I was upset because if I didn’t have that wash out issue on the mountain, I’m sure I would have had a better result, but I was also glad to know that I can remain competitive to Mark and Willy. One thing you have to understand, Mark and Willy are the 2 guys that usually end up on the podium. They’ve had some really consistent, fast results during the Winter Series. So in a sense I was pretty proud of myself knowing that I can ride competitively against the faster riders of my category. 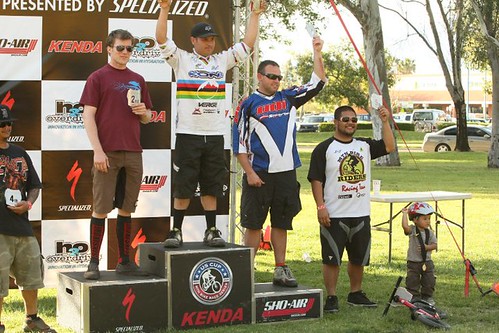