It’s been about 2 years since I’ve been to the Sea Otter Classic. 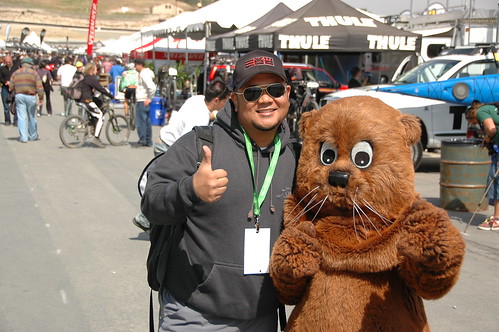 This year we’re doing things a bit differently. We’ve assembled an Otter Assualt Team that consists of Priscilla, Cuzin’ Joe, Dan B, yours truly and hopefully Art Aguilar. We have big plans that weekend, I even made a checklist to so we can be certain that we won’t miss a thing. I’ve even assigned certain jobs to the crew. Priscilla and Dan will be out testing as many bikes as they can. Joe is racing DH to represent the team and I plan on going around sampling all the energy bars and drinks that vendors put out. Sounds like a blast don’t it? Hells Yeah!