Justin Betz is a loyal eader of the world famous MtnBikeRiders.com and BikeCommuters.com. I had received an email from Justin about a week ago that read something like this….

My name is Justin Betz, I love your site so much that I have saved up all my money for a plane ticket to come and meet you guys in Southern California. Would it be possible if you guys could take me through the Fullerton Loop? If so, that would totally make my day. In fact, here at home, everyone talks about the Fullerton Loop, people think that its not real because no one has ever heard of a mountain bike trail that is in the middle of a city. MtnBikeRiders.com is also a popular topic here. People talk about the site during Sunday dinners as well as something the Pastor would preach about during church. Anyhow, please let me know if you guys would be willing to hang out with me.

Ok ok, you got me, that’s not exactly what happened. But the truth is, Justin Betz is a Secret Agent, or should I say, WAS a secret agent. He’s actually an Engineer for one of the largest Engineering companies in the world. He was in town for work and hit me up about renting bicycles so he can ride up and down the coast after his assignment. I had offered for him to join us at the Fullerton Loop and lucky for me, Jeremy Yang provided a Niner bike for him to use (thanks Big Jer!).

To make this ride more enjoyable, we were joined by Team Racer, Corey Pond and the beautiful Priscilla Policar. My daughter Aleah and I rode the 2Fast4U Tandem. 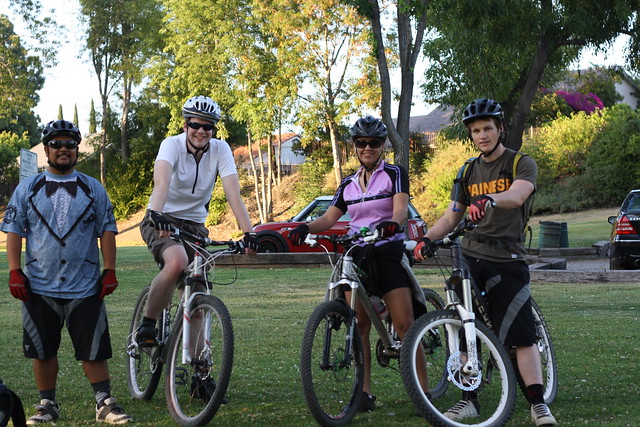 Once we got started Corey showed off his mad jumping skills. We tried doing this on the tandem, but only got 3″ of air. 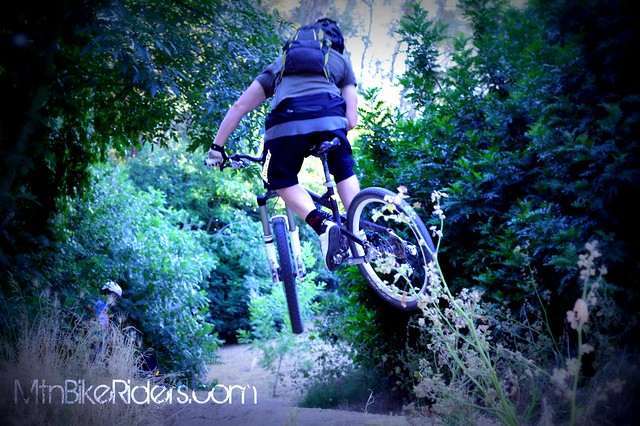 To my surprise, Justin was in great shape! He did mention he does more road biking than mountain biking since Iowa is relatively flat. So that means his cardio level is pretty darn good. 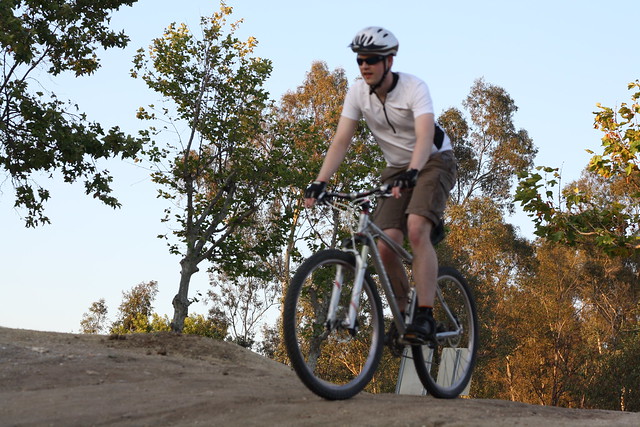 Aleah proudly showing off her favorite jersey. I got me thinking…I should come out with a MtnBikeRiders.com jersey with animals and stuff to appeal to the kids. 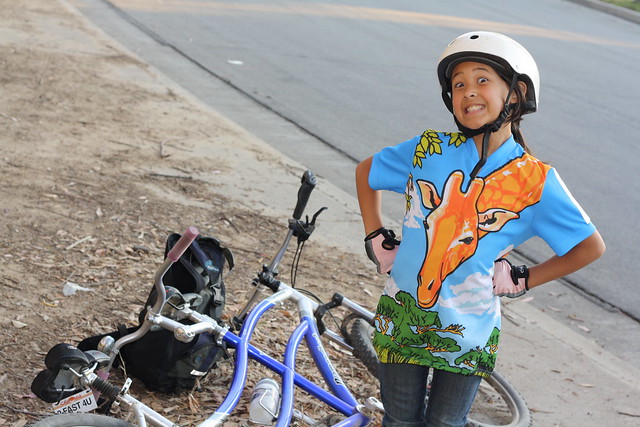 As usual, Priscilla is our ride leader. It comes down to this, I’m way too fast, so I let the slower riders take their chance in leading the group, its good for their morale. 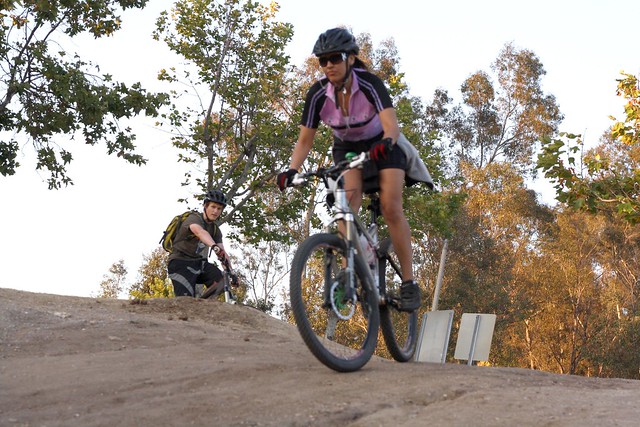 Check out Corey Freeriding at the Fully Loop. Makes you think we’re in Utah or in the middle of Fullerton. 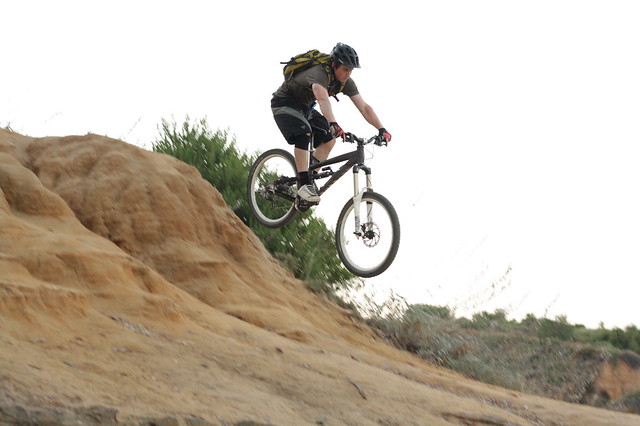 After our ride Justin gave all of us a surprise! Water bottles and socks from his favorite bike shop called Northtowne Cycling and Fitness in Cedar Rapids, IA. 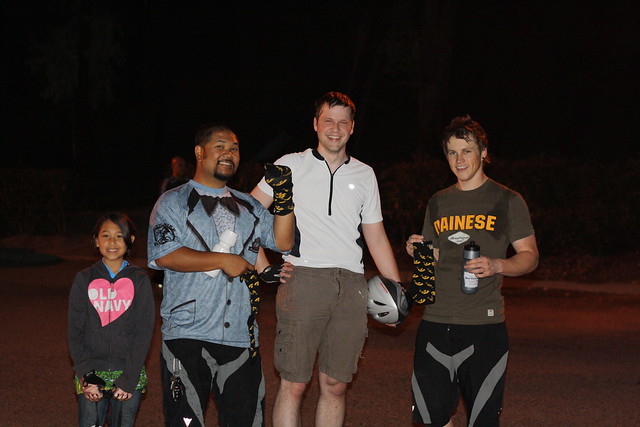 After a quick dinner at our favorite place to eat, Wahoo’s Fish Tacos, we said our good byes and thanked Justin for coming out to visit us. In return I gave him some fancy schmancy decals! By the way, see that Blue Tuxedo jersey I’m wearing? Well you too can look as cool as me, ORDER ONE TODAY! 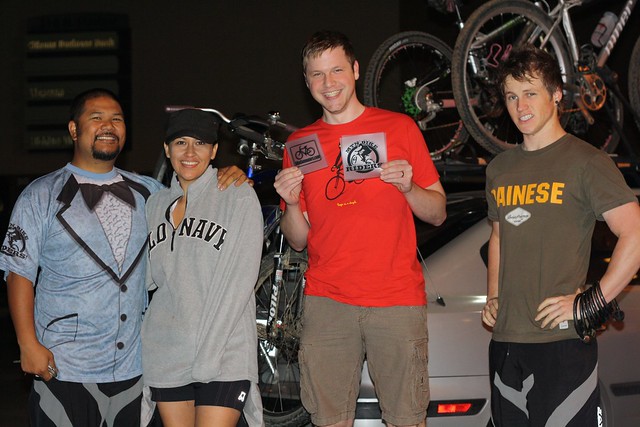 So if you’re ever in the SoCal area, be like Justin and make sure you hit us up so we can ride and hang out.

4 Replies to “The Coolest Iowan I’ve ever met.”