A few years ago I was bit by the Single Speed bug. I loved it for the time being, but I gradually moved away from it and back into multi-geared bikes. I have to admit, when I was riding SS, I had so much fun and felt like I was in some great climbing shape.

With the Winter Series coming up in 2012, I need to get into some sort of shape other than round. So I took my Soma Double Cross DC and reconfigured it from a 27 speed, flat bar CX to a single speed with drop bars. One of the concerns I had was figuring out what gearing to use since my single speeds of the past were 26″ bikes. With the Soma having 700c the gearing would be different because of them larger diameter wheels. So I called on some of the 29er SS riders I knew and asked them what set up I should go with on the bike.

I placed an order for some parts and gathered up some of the my older stuff from my old SS bike and configured the Soma to what you see it today. 32t in the front and 20t in the back with a Yess Pro tensioner. 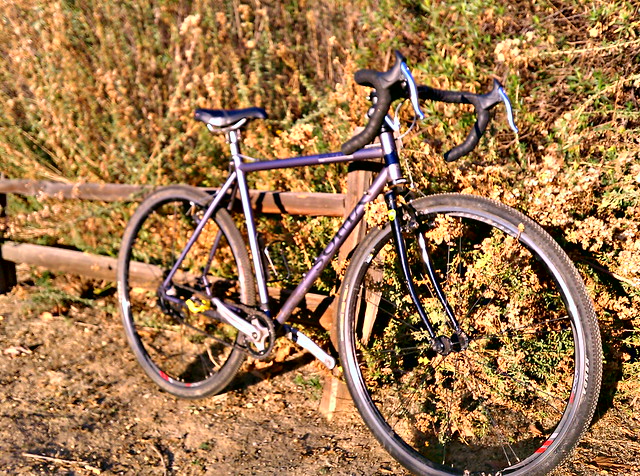 The biggest change for me was the drop bars. It’s going to take some time getting used to since my time on drop bars is pretty scarce. Check out the new bar tape I used, its from Fyxation and its called the EVA Foam Bar Tape. 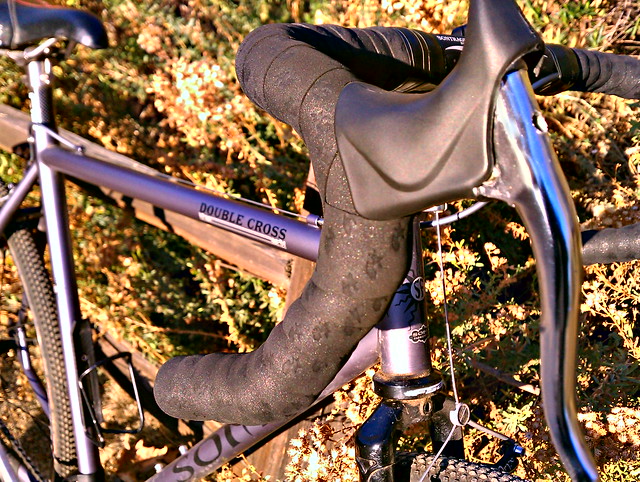 I went out for a ride this morning and I gotta say the 20t in the rear makes climbing easy, but the flats is where I spin out. 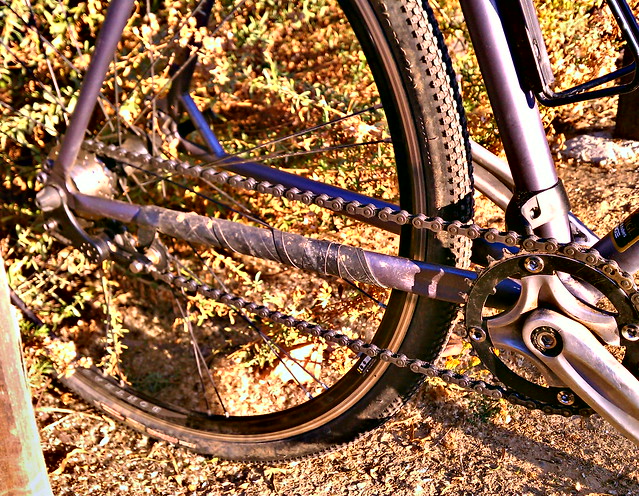 3 Replies to “Back to basicSS”