Well technically not all of them have been put on hold. Just the ones that will cost us to dip into our beer money. So for now I wanted to share with you what we’ve got going on at at the World HQ of MtnBikeRiders.com. Check it out! It’s a custom-made sidecar from the Philippines! If you grew up there or have visited the Philippines, you may have ridden on one or your own family might have had one at some point. My family and I did! I recall doing really stupid things on the sidecar with my brother. So in the 80’s when my family immigrated from the Philippines to America, I was jonesing to have a sidecar. Seemed like no one made those here, but in the Philippines, you could normally find a “Latero” or fabricator who can build you one in a matter of hours.

Fast forward nearly 30 years later and just by chance my mom was going back to the Philippines to visit some family. I had asked her to look into the cost of getting a sidecar built and shipped to the US. As she was enjoying her trip I get a message from my mom asking about my bike and wondered which one would I be using with the sidecar. You have to understand, up until this point, the sidecar was more of an idea rather than an actual reality. About a few days later my uncle sends me this photo…I said to myself…”hmm…could it be?!” 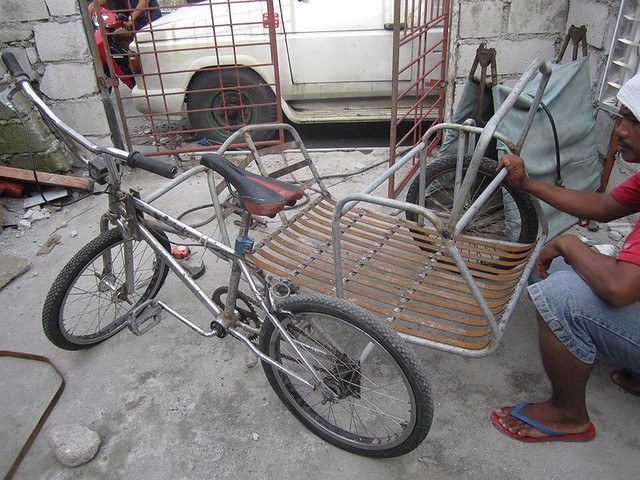 A few more days later I get messages from my other relatives stating that when we pick up my mom from the airport,we’ll need a big vehicle like my van since my mom was bringing home a sidecar for me…whoa whoa whoa! For me! WOW! My mom came through! She really came through and boy was I excited!

Here’s how she brought it back with her on the airplane. 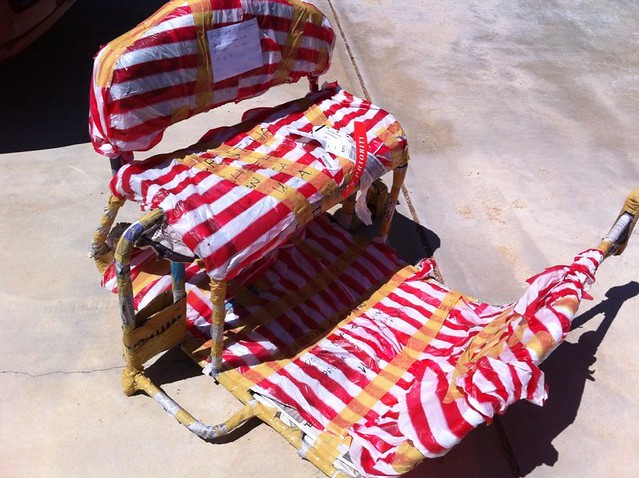 After I got it home, it took me nearly 40 minutes to remove all that wrapping. 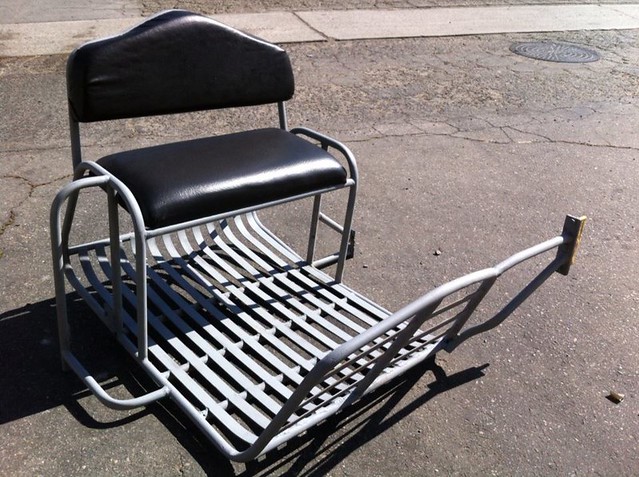 So in order for me to complete this project, I will need a 20″ wheel for the sidecar then a BMX bike to mate it with. I tried mocking it up to my daughter’s Manhattan Hot Rod to see if it would work. It’s possible, but it’s a bit too short and the person pedaling might feel a bit cramped.

But I do want to thank my mom for getting this sidecar hand-built for me and bringing it all the way back from the Philippines. Just the excess baggage fees alone were astronomical , but my mom said that this was my birthday and anniversary present all rolled into one. Thanks mom! 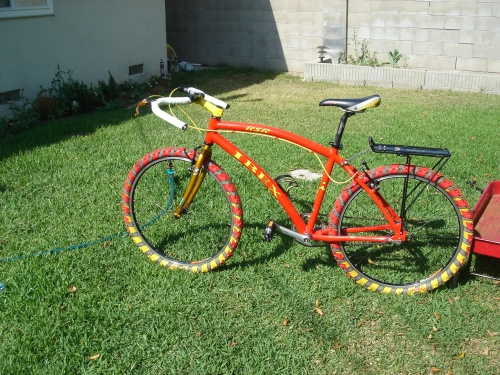 The joy of building your own bike

4 thoughts on “All projects have been put on hold…”