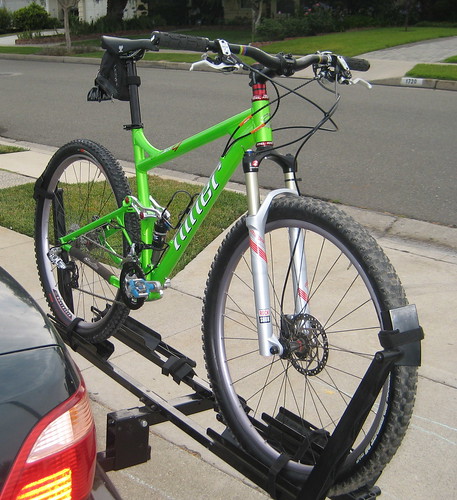 Since riding rigid, I’ve found that I don’t need a lot of suspension for most of my riding, hence the JET fit my riding style perfectly. I’m sure I could have adapted to the RIP and be happy with that bike, but in this case less is more. So, option 2 was out.

Now it was down to options 1 and 3. I knew which option my wife wanted me to go with and it definitely was not option 1 but, my wonderful wife was supportive when I did go with #1 in the form of an AIR9. 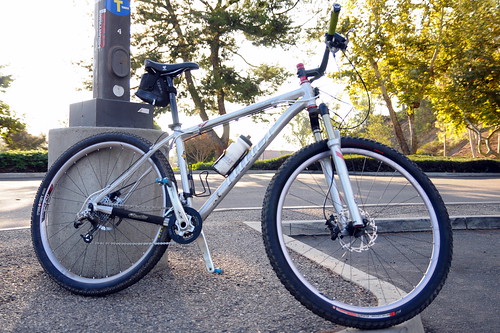 I swapped out all the part from the Jet to the AIR. I bought some new cables as I was not crazy about the Alligator ilinks I had used. They were great, but a little finicky to set up. I also had to buy a new seatpost as the seatpost diameters were different.

I got in a short 3 mile “teaser” ride on Friday after everything was done. I immediately noticed that I felt a slightly forward bias as compared to the JET. This bias made me feel more susceptible to going over the bars. I only noticed this in some short downhill sections but since I was on a new bike high and I was only doing 3 miles, I decided to chalk this feeling up to the tackier trail which may have held my caused the front to grip better making me less balanced on the bike. It could also have been the fact that I haven’t ridden a mountain bike for about a month as I went through my busy season at work. 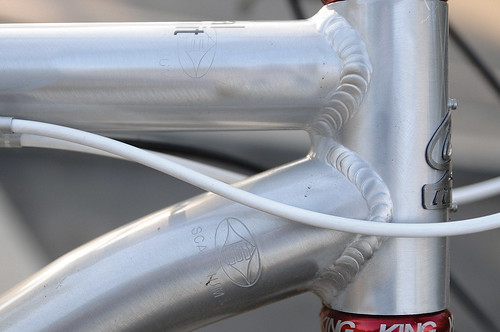 But today’s ride confirmed it: there is a slight forward bias to the bike as compared to the Jet. I got in a pre-work ride and I noticed I had to consciously push myself farther off the back of the bike on the downhills sections to feel as though I would not fly over the front of the bars. When I got to the office this morning I took a look at the geometry numbers for the first time and compared them with the Jet9.

So what caused this feeling of forward bias? A one-degree difference in Seat Tube Angle. All of the other “main” geometry figures were the same: head tube angle, effective top tube, head tube length. The difference of one degree in the Seat Tube Angle put the seat just a tad bit more forward and also a little higher since the seatpost height stayed the same.

After some consultation, I’ve decided to adjust to the difference rather than make changes to my cockpit setup, which is currently nearly identical to my previous setups.