One of our many stops at Sea Otter was to go see the Surly Big Dummy. This is basically a bike that has built in Xtracycle on it. As you may have already seen, I rode my Ibex/Xtracycle at the show and wanted to get some comparison shots and to check out the bike itself. 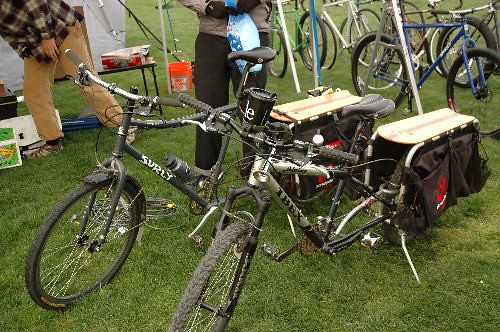 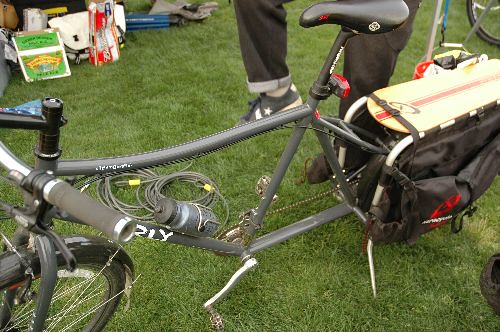 Another shot. The Surly guys had the Dummy filled with a few 12 packs of beer, groceries and other stuff. I wanted to try it out, but the Big Dummy…well it’s BIG! It was made to be ridden by those giants at Surly. You’ve seen how big they are…. 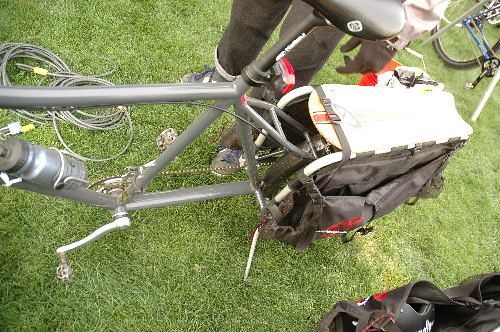