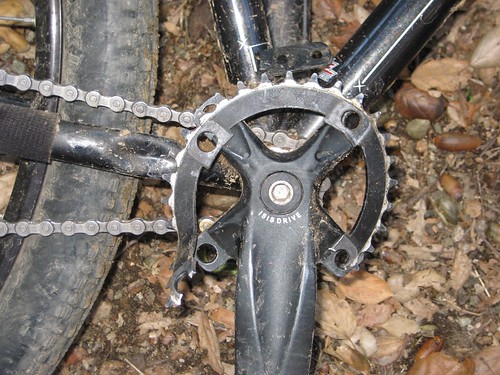 You’ve probably seen Jeremy’s picture of his ‘blown up’ chainring. We consulted with Seattle Bicycle Supply, Redline’s parent company, on what could have been the cause of such failure. The first thing they asked was if we had modified the original setup in any way, well, Jeremy and RL added a new bashring and a new set of bolts to the stock crankset.

Turns out, if you don’t use the correct bolts, the stress will cause one or more bolts to shear and cause the chainring to fail. Even though it was our lack of knowledge that caused such failure, Redline will be sending us a new chainring so Jeremy can keep enjoying his Mono 9.

We want to thank Redline for their prompt response on the matter and for providing us a new chainring. Just goes to show you how important some of the most overlooked parts of a bike can be.

Jeremy: The more I think about it, the more I realized that I wouldn’t be suprised if RL & I did use a SS bolt for the chainring. I had purchased a set of double crank chainring bolts but as we were installing to the bashguard along with the chainring, some of the double crank bolts wouldn’t play nice. I’m pretty sure we grabbed used one of the SS bolts instead which worked but, in retrospect, was not a good move on our parts.

I originally thought I found three bolts, but I didn’t even find that many. Here is what is left of the bolts that I was able to find. 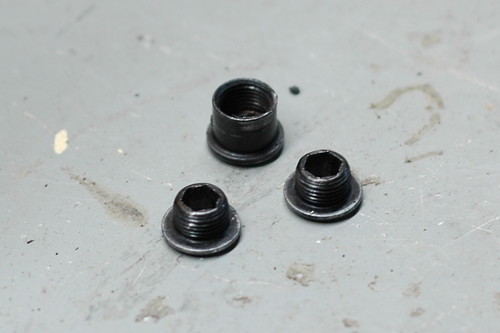 All we could find of the chainring bolts

Live and learn. Thankfully nobody got hurt and Redline stands behind their products.

If we make fun of you, it means we like you