In order to start the holiday off right, my friend and I headed up to the San Bernardino mountains to ride the Santa Ana River Trail. It’s a 30 mile trail(15 out and 15 back) that is pure singletrack except for a mile long fireroad descent at the beginning. Temperature was either freezing or really close. We geared up as best we could for the long, cold ride. 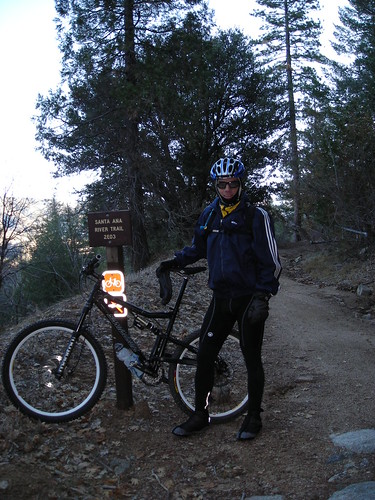 End of fireroad…beginning of singletrack

We started off at about 7:30am and the cold mountain air had both of our hands numb despite us both wearing two pair of winter gloves. We noticed there was no one else at the parking lot so were looking forward to an isolated ride. 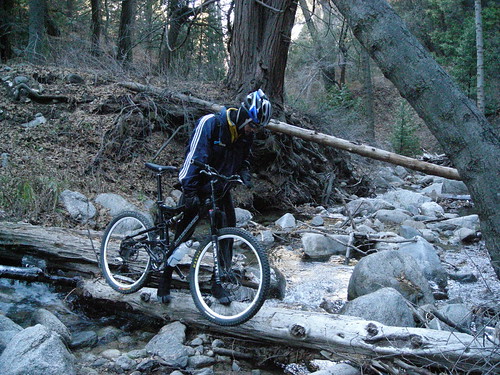 If you look closely in the picture above you might notice a group of foot long icicles by my left foot. We tried to keep moving to keep the blood flowing but it was friggin cold out! There were some beautiful stream crossings on the trail that required caution. Spending 30 miles cold and wet was not what we wanted to do. 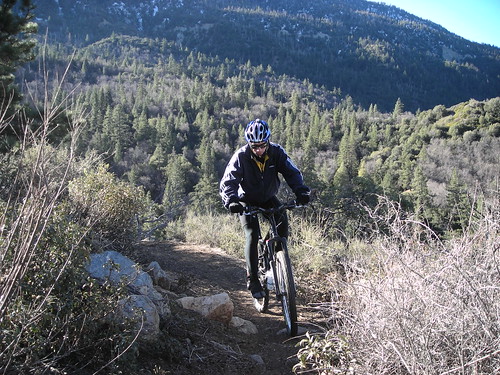 The singletrack sections were absolutely fantastic. The climbs we did were skinny, had some decent exposure and got technical given the fact that most the ground was frozen over. I told my buddy it felt like we were riding over crisp funnel cake the whole time. But once we popped out on the top of the above shown climb the warm glow of the sun hit and we realized why we had braved the cold. Right after the top of this climb we were both finally warmed up and ready for the rest of the ride. The trail started to flow through speedy singletrack and fenced in by trees…this was gonna be great! 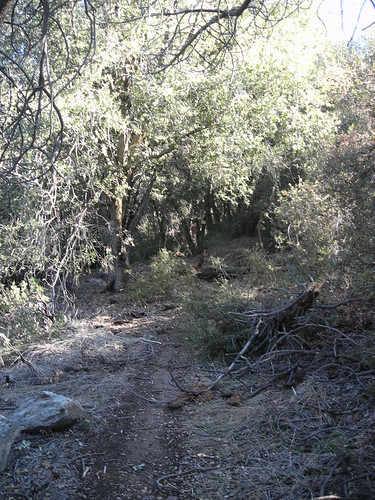 Then it happened. First off, there was an amazing amount of debris on the trails. Most likely from the recent rains. Well, my riding buddy yells for me to stop and I ride back to see if he’s okay. What we both were looking at was extremely disappointing. We just couldn’t bring ourselves to believe it. A stray branch had ripped his derailleur hanger clean off. 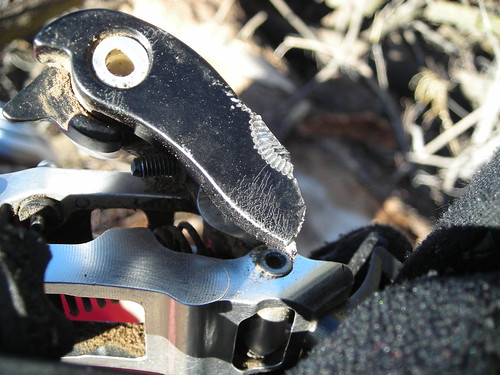 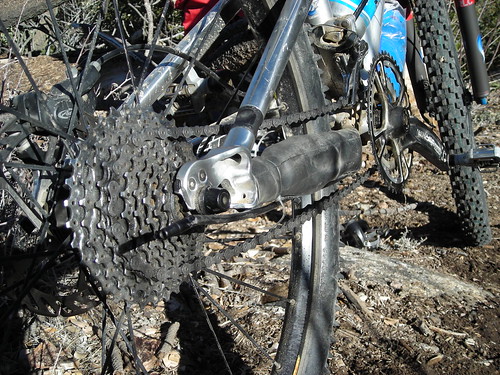 I hate you hanger…you ruined our ride

You can even see the stretch of the aluminum before it snapped clean off. Luckily Ryan had his chain breaker so he removed everything and had to turn his Yeti into a singlespeed. I was quite impressed with his mechanic skills, but it was simply a salvage job. His chain was thrown quickly after hitting any little bump. 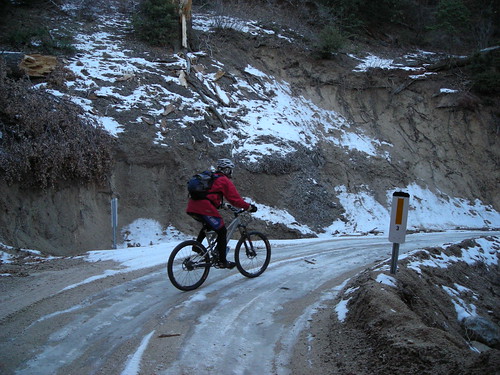 Back to the truck we go

We had both been wanting to do this particular ride for 2 years now and finally everything had fallen into place. Then we run into this freak accident. We actually were considering finishing the trail but still had a good 25 miles to go. On top of that, it was already late in the morning and we didn’t want to risk his chain breaking again at mile 15 and be stuck hiking back in the icy dark. So we thought it best to turn around and scrap the ride.

The climb back up took us through the icy fireroad that we traveled on the way down. On the descent I didn’t give the ice enough respect and my rear tire slid out from under me. I managed to fall on the only two rocks within 10 feet of me. Ouch. Ya, just a lucky day all around. 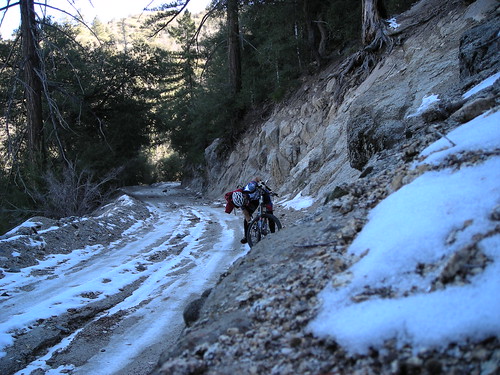 Ryan’s chain dropped several times on the way out so we were glad, at that point, that we decided not to go on. While both of us realized it was just a freak accident that couldn’t have been prevented, we were greatly disappointed at not being able to finish this trail. Nevertheless it gave us a taste of what it has to offer and we’ve sworn we’ll be back soon to complete the ride. The good thing is we know how to dress and to bring a spare derailleur hanger. I’ll be posting pictures of the next ride also so I guess this is a teaser, in more ways than one. I have a feeling this will be an amazing trail and I’m counting the days till we’re back out there.  Stay tuned for the redemption ride!