We recieved the Selle Success RTM saddle recently. The RTM is a sweet looking red saddle with titanium rails and a carbon fiber under. It weighs in at a pretty competitive 206 grams. 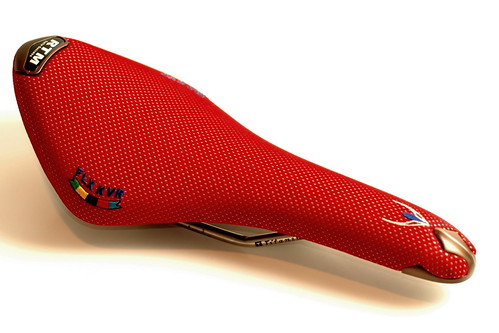 Saddles are a very subjective piece of equipment. My background in saddles are all WTB. I started off riding a WTB Pure V and enjoyed that immensely. I then moved onto a more slimmed down WTB Rocket. That is the current saddle that sits on my bikes now. The Rocket, in comparison to the Selle Success, is almost portly! It has quite a bit more padding and has a whale-tail design while the Selle Success is reminds me more of a Fizik Arione with the wings.

Installation onto a Thomson Masterpiece Setback seatpost was pretty easy, but I did run across one issue: the titanium rails on the saddle were a little bit wider than the rail guides on the seatpost. That was a bit weird. So I also pulled out a Ritchey Pro post and sure enough, the titanium rails on the Selle Success were a little wide compared to the rail guides on the Ritchey post as well. I was still able to easily install the Selle Success RTM seat to the Thomson post but I’ll keep this in mind if I have any failures from the seat. 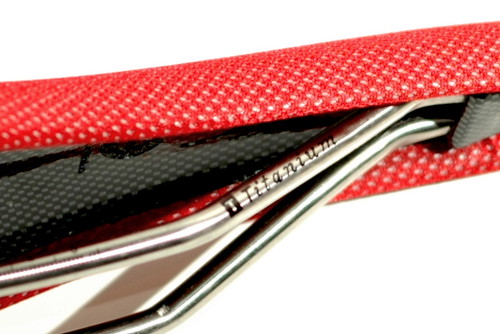 This past weekend I put in an 18 mile ride on the saddle and things were good. It did have significantly less padding than my WTB Rocket and that did cause my sit-bones to get a little sore, but that will just have to be something my sit-bones get used to. I do have a rather large derriere and I am solidly in the clydesdale category so I expect that if there are any issues it will be revealed during testing.

I am impressed by the red cover and the beautiful craftsmanship of the carbon fiber weave. It is really pretty. I’m looking forward to putting the saddle through its paces over the next couple of months and will bring you a full review later on. 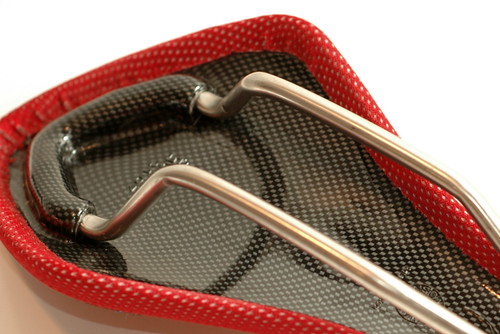 The Selle Success website, www.sellesuccess.com is currently “Under Construction” and I have not been able to find any more information regarding the saddle via google search.