We definitely didn’t have Moe and his moves, but we did have a local trail that demands to be explored. This place definitely has a few challenging & fun sections that we could spend a few hours riding over and over again. On top of this, after riding those challenging sections, we were consistently rewarded by grand vistas of either the cities of Whitter or Hacienda Heights and beyond.

There was one particular place that was definitely worthy of attention: a rather fun switchback area aptly named “rattlesnake”, shortly followed by a nice section of flowy singletrack that just begged to be ridden harder and faster. The nice thing about the flowy singletrack section was that even though there was some exposure, the exposure was tempered by a small embankment. That embankment meant that you had to REALLY screw up to go flying off the side of the hill.

This time around I brought just my point and shoot camera. After getting used to a dslr, it is hard to go back to a P & S. The main culprit for having so few pictures for this ride report? The delay between squeezing the button and the firing of the shutter, also known as shutter delay. I kept missing shots. Every picture would be of a bush after my riding buddy had passed by or of an empty trail prior to my friend riding through view of the camera. The other culprit for having so few pictures? Substandard models…umm… I mean we were having too much fun to stop. So, only a couple of staged shots for you all. 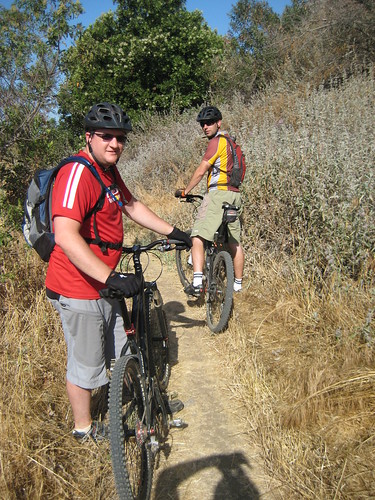 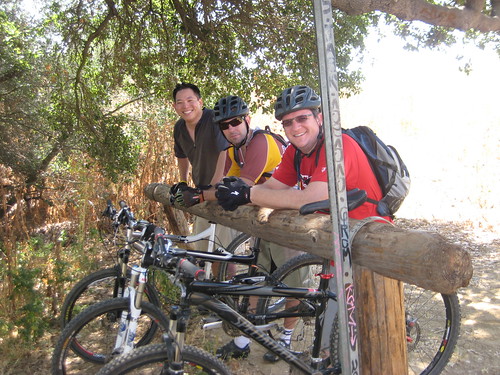 I hope everybody got in a good ride this weekend. It’s only going to get hotter here in So. Cal.