As most mountain bikers know, carbon fiber has been used in building frames, forks, levers, cranks and just about anything you can think of. But when I recently took a job at TAI Sports, the world of softball and baseball opened up to me. First of all, I haven’t played softball since I was in elementary school and at that time we had wooden bats and only the rich kids had aluminum bats.

But when I started seeing softball bats made with some sort of carbon composite, I was intrigued. Khoa is a HUGE fan of carbon and even asked if I can get him a bat just for the fact its carbon. He like I, doesn’t play softball, but these bats are just pretty. 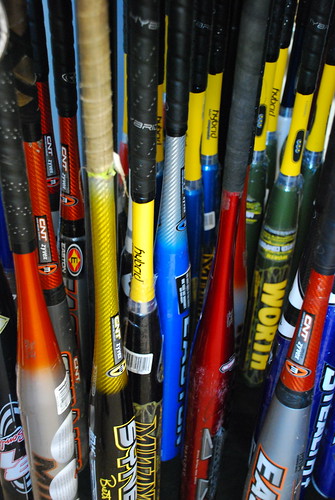 These are Easton bats that use “Carbon Nanotube Technology.” 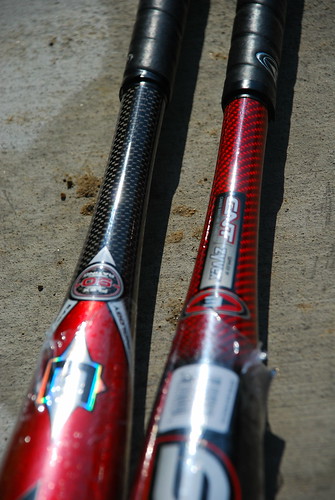 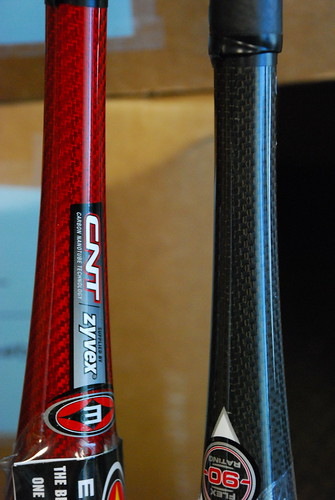 One of the questions Khoa had about these bats since they are carbon, “Don’t they break?” Well yes and no. As long as you don’t “shave” or “roll” them, then they could last a few seasons. But these bats are pretty strong and our company hosted a bat testing session for Worth Bats and I got a glimpse of how much power some of the softball players can dish out with these carbon bats.

Anyhow, this post has a little something to do with mountain biking since the common denominator is carbon. So I thought to myself, when will someone come out with carbon derailleur or brake housing…but I remembered that Nokon has! 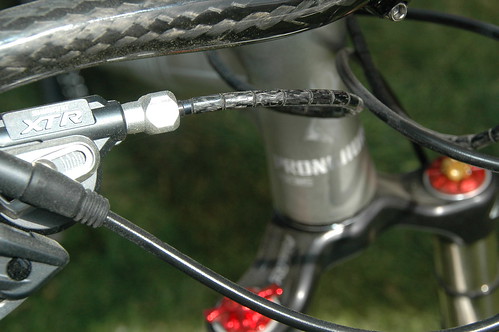 Personally I’m not one to go out and get carbon parts, I’m just too broke to do it. But I do admire how it has revolutionized the biking and softball word.

How to do a bunny hop-Revisited

3 thoughts on “Carbon is Choice!”