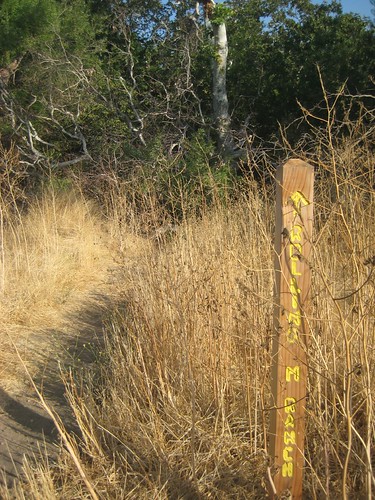 The sign to Rolling M Ranch was obscured by weeds. A foreshadowing of the actual trail

3 of us woke up early on Saturday morning to ride some trails that I was unfamiliar with at Chino Hills State Park. CHSP stretches east to west from the City of Chino Hills to Brea. I ride in from the Brea side and seldomly ever tackle the Chino Hills side. By the way, if “Chino Hills” sounds familiar, it’s because the earthquake the struck California last week had its epicenter in Chino Hills. Banking on the fact that major earthquakes seldom hit the same location twice, we hit the new to me trail.

The funny thing about riding a new, to me, trail is that I am always more tired than I should be. I don’t know if its the unfamiliarity of the trail but I always seem to do much better the second time on the same trail. For example the first time I rode the Fullerton Loop, I was about ready to puke at about 4 mile. It was so bad that I seriously contemplated making the “call of shame” home to my wife to have her pick me up. The 2nd time, on the same trail though, I did much better. I was able to get through the whole ride without contemplating the call of shame.

This past Saturday’s ride had a little of the “more tired than I should be” in it. After a couple of climbs, I felt like I was really pushing myself and I felt that we had covered a lot more distance than we actually had covered. When my buddy Randall mentioned that we had only covered three miles I just about gasped. Just 3 miles? I thought for sure we had done up near 15 or 17 miles or so, but after Randall rechecked his bike computer he confirmed that yup, it was only three miles. Ugh. 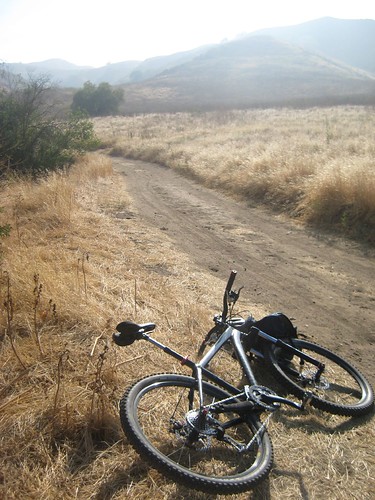 Even though it was only a little past 8, the sun was already blazing.

The rest of the ride was relatively uneventful. We saw a downed tree on the trail that might have been caused by the earthquake. We picked some WAY overgrown singletrack to plow through. At times, I could not see more than 10 feet in front of me. For the pictures below, I I rode ahead about 25 feet stopped to take pictures and couldn’t locate my buddies behind me. They were totally obscured by the overgrowth. Fun times indeed. 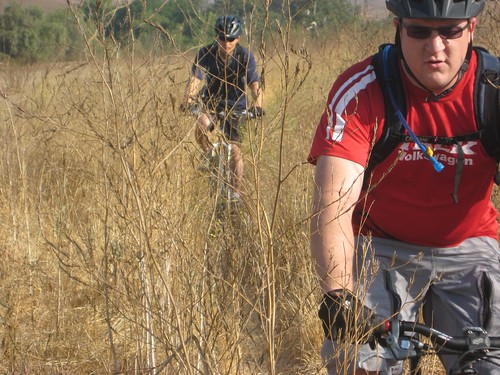 There is some singletrack down there somewhere. 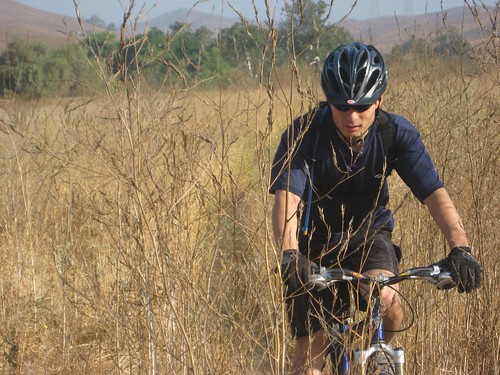 Still searching for the singletrack

No worries, though. We all made it out performing multiple tick checks along the way to make sure none of those critters burrowed into our skin. ick. We’ll be back to this side of CHSP but hopefully after some trail work has been down to cut back the overgrowth. 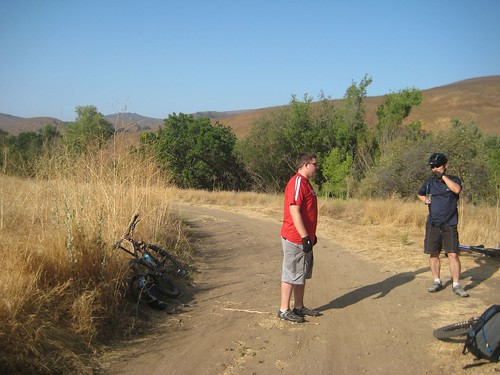 Quick break for a tick check then back to the trail