We asked Eric Hunner, a single speed rider to provide us a guest article that helps geared riders understand why so many people are doing it.

Just in case you wanted to know, Eric is a pretty legit rider, here’s a BIO on him: 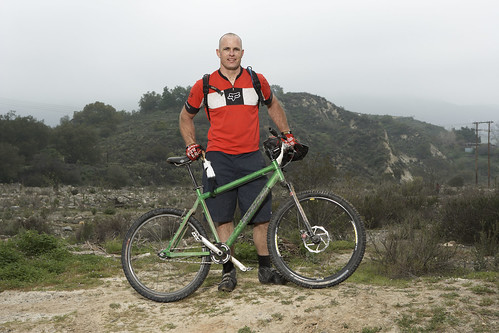 Eric Hunner age 30,
245 pounds, 225 fighting weight, married, one child, mechanic, home: South Orange County. Started riding mountain bikes in second grade. Began riding SS seriously 2002. Racing on SS Counting Coup 2008, set a new SS course record. Raced the Traverse 2008, finished in the extreme heat. Leisure riding Whiting, Aliso/Laguna, and Saddleback Mountain. On a race riding a 9 speed bike @ 24Hour Hurkey Creek 2007, he was frustrated by all the single speeds passing him. Eric thought it was time for change. He has been running SS in the last two races trouble free, he stated “it was hard but worth the extra effort.”

Ok enough of the introductions, I present to you Eric Hunner’s article.

No Gears, No suspension, No problem. I ride Rigid Single Speed mountain bikes for a variety of reasons. 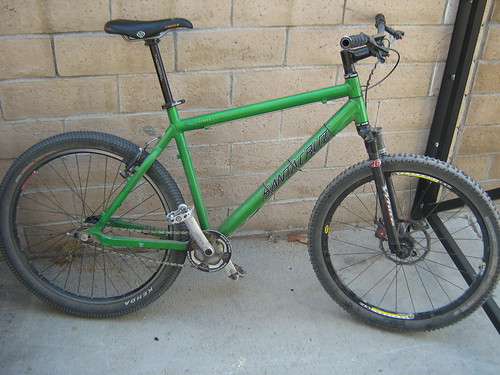 1. Most importantly it is simple. By simple, I mean to maintain, or total lack of maintenance. You can get on your bike and know it is going to run hard and not be upset that you didn’t wipe her down, pump up the shocks, and oil the chain right before the big ride. No derailleurs to adjust, chains last a lot longer no fear about a bad shift that tweaks the chain and breaks right when hammering down.

2. I ride to get away from all of life’s distractions, it is easier to change your cadence then changing gears when going uphill and keep your flow, such as driving up and over a rock pile in the middle of a trail that every one else is taking the safe easy way around, great passing opportunity.

3. You find out exactly what you are made of when riding a familiar loop. Single Speeds are great training tools, you just don’t have the option to bail out on a climb to an easier ratio, you find out real quick how strong you really are.

4. No gym required. Riding SS aggressively is a full body work out and a great personal challenge. Set goals on making a hill climb and keep trying till to make it. I have lost weight kept it off and gained muscle just by riding SS.

5. Knowledge gained while riding SS is transferred to all other forms of riding. Bike handling skills improve due the fact you are always in the same gear and can concentrate on how to plant the tires instead thinking what gear should I be in.

6. King of the hill, first one up first one down. Time gained on climbing can be used going down hill when the others are still climbing with their geared bikes.

7. Sand crossings are not and issue, you carry your speed pulling bigger ratios than your geared counterparts that ran out of speed and gas half way though the sand.

8. The respect from other riders single and geared calling out “Go SINGLE” in races will give the energy to finish.

10.I feel like a kid again on an over grown BMX bike 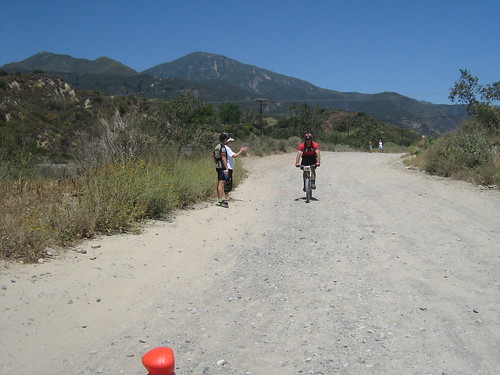 10 Replies to “Why one speed? Ten things to think about”