RL Policar-Eric “The Animal” Hunner is the team’s power house. Not to take anything away from the other riders, but we all would agree that Eric has to be one of, if not, the strongest rider we have in our arsenal. So it brings me great pleasure to present to you a short, but sweet account of the Animal’s SS race at Southridge. 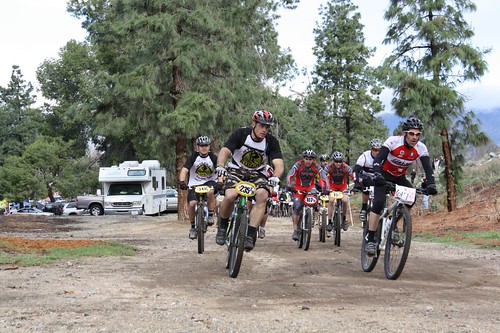 I had a good feeling about racing Southridge Winter Series the week before the actual race on Saturday. I was training and riding I thought a good amount, I was eating correctly up until the night just before the race my Dad took my family out to dinner, we feasted on some tasty Chinese food. I love any kind of food with meat and a side of rice, you could say a have a weakness for white rice. It was raining buckets of water while were eating, I kept thinking to myself, Wow I am racing tomorrow Rain or Shine. I think I was in a Rainy Day mood, I kept shoveling food down the hatch. 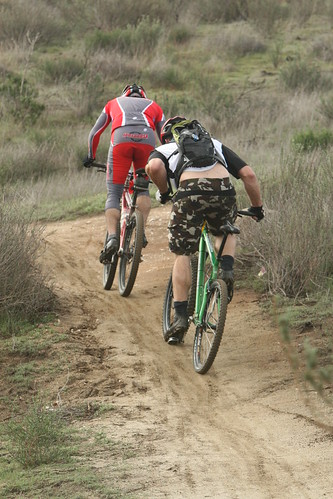 I started the race with a great start and then reality set in, or should I say dinner did. I didn’t feel sick, I just didn’t feel like I had the juice to stay with the leaders. Two weeks before in the SRC winter race #2, I was leading almost the entire first lap with Rod Leveque, hot on my heels. He pushed me to go even faster in that race, the two of us left a rather large gap between us and the other SS’s. That was not the case in this race the 35 and older group was on fire this round. Two things happened to me that I learned from this race, Don’t eat like an “Animal” before you Race, and don’t Train so hard that when the race does come you still have some gas left in the tank to perform. My training leading up to Race was pretty intense, I believe I over trained and was feeling a little burned half way though the race. 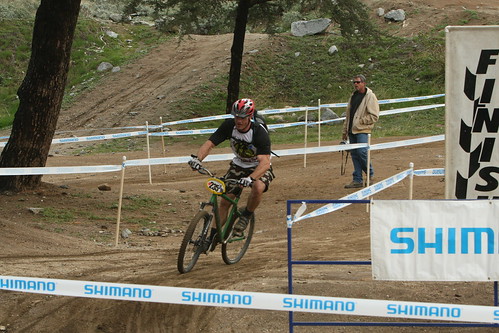 Later on, one of 35+ racers said to me “I didn’t know who you were but you sure did take off at the Start of the race”. I replied back to him “Did I start the fire on your seat because you killed the water tower hill” he laughed and called me an “Animal”. I then told this fellow racer [I think he name was Timothy Sparks] that won his class in the 35+ SS that “Animal” was my nickname on my MTNBikeRiders Team he said something like that is fitting. 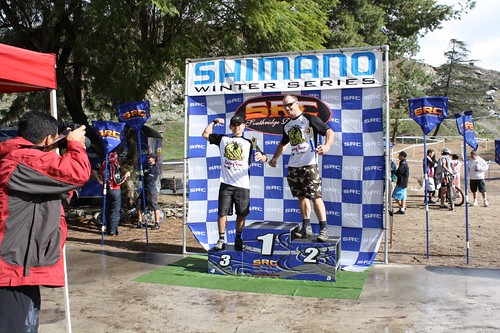 Timothy asked me about riding/racing a rigid SS. I told him that going downhill is challenging, but I LOVE riding a rigid bike for cross country, especially uphill mainly for the fact it Pedal Bob is Not riding with me. [Pedal Bob = crushing suspension while climbing and transmitting your pedal strokes to your suspension , it is like being robbed at gun point when you are heavy weight]

This brought up the “Question”, exactly how heavy are you? “240 weighed myself this morning.” Timothy gave me props for fetching second place in my class 34 and under, Timothy said,” I thought I was heavy @ 195 pounds and you are riding rigid SS to boot”