Our long time friend, Scott Finch (yes he’s Tony’s brother) along with his 14 year old son Alex built a small, but fun downhill trail on the ranch. It’s a very interesting trail because it mixes in some off camber sections, brake bumps, jumps, rock gardens, berms and a small ladder bridge.

On Saturday after dinner, Alex, Chad (our friend’s son) and I hiked up the trail with our bikes.

Small ladder bridge that needed some cleaning…Sette Venom waiting to be ridden. 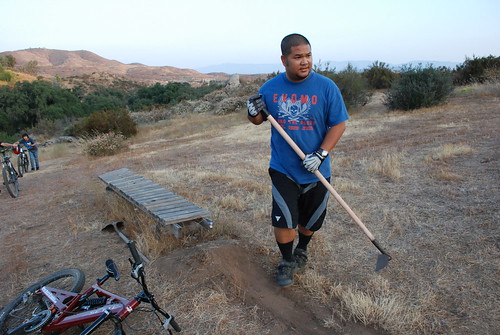 Alex goes first, while I get my helmet on. 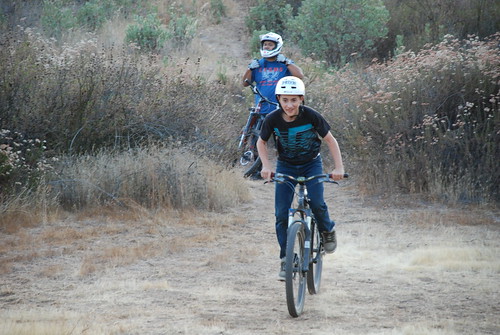 Then it was my turn. By the way, the Sette Venom is an awesome ride. It responds like a sports car that has monster tires on it. Being a 35lb rig, this was one quick and nimble bike. I never felt like I was fighting to control it. The 7″ rear suspension was great when it came to landing the jumps from the trail 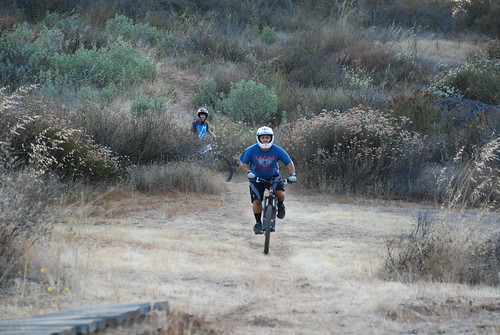 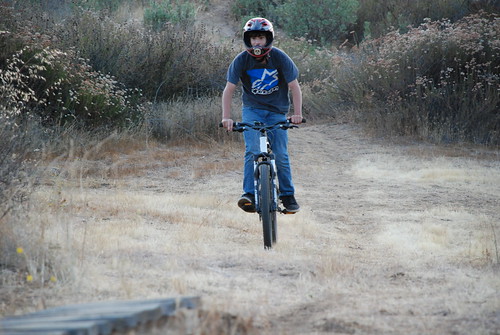 Rock garden at the end. 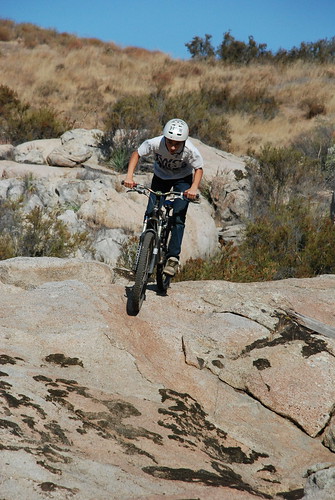 As night fall approached, we decided to call it a day and continue the following morning. 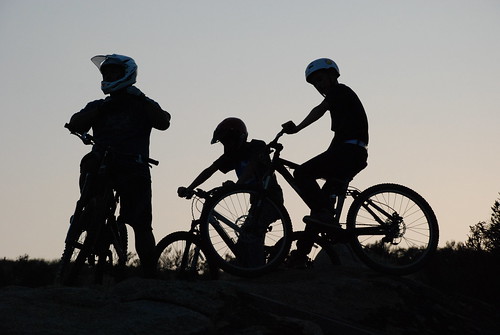 The next morning the boys and I got up early to beat the hot summer sun. This time we only did one run, since it was already starting to get pretty hot. After our first run, Alex told Chad to take a jump at the very end of the trail, but with Alex laying on the ground.

Here’s Alex laying on the ground as Chad was rolling down the rock. 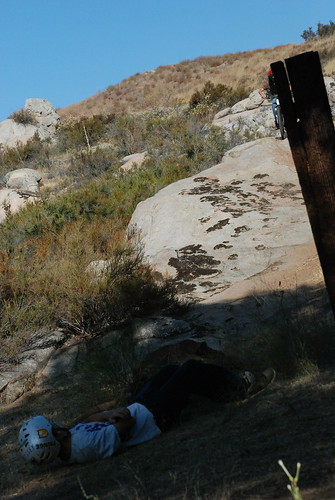 Chad clears Alex, but if you noticed the angle of the shot, Chad was headed towards me. 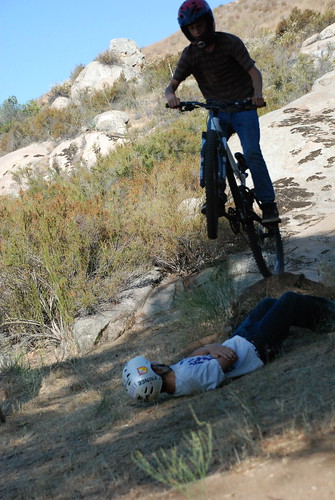 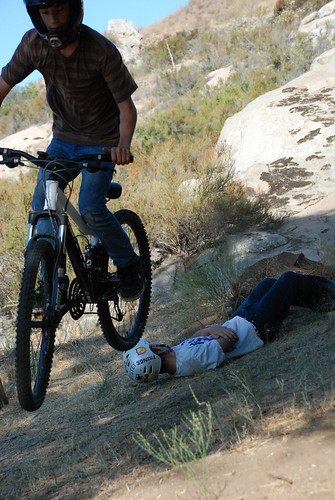 On the landing, Chad eats it. I ask him if he was ok, then next thing you know we hear Alex screaming, “RUN RUN RUN! BEES! BEES!” All three of us started running as fast as we could. Apparently when Chad landed, he caved in a Wasp nest that was under ground. As we’re running, I looked back and I see Chad trying to get his bike, I scream at him, “Just leave it!!!!!” Chad and Alex are so quick on their feet that they actually passed me. At that time I get stuck on my right pointer finger. I run towards the back of the house and the two run to the front.

As I’m slowing down my steps, I get stung again on my stomach! Then I look down and there were a bunch of them, I’m guessing 20 on my shoes and socks. I frantically stomp my feet to brush them off. But I get stung for the 3rd time! Mrs. Wellington, (owner of the ranch) tells me “to take off all your clothes.” I took my shoes off while the wasps were stuck on my shoe laces. I quickly pull off my socks and head towards the deck. I do a quick look to see if they’re still on me, luckily they weren’t.

We all head back inside the house and turns out either Alex or Chad had brought some stow aways with them since there were two wasps flying around. Anyhow, a few minutes later we look outside, and the wasps were super angry because they were circling the house. This lasted for a good while because after I took a shower, they were still flying.

So all in all, the three of us, walked away from this with a few stings. By the way, I forgot to mention that Chad was stung the day before by a bee or wasp on the upper lip! Man his lip was super swollen, looked like he had some major Botox work done. Anyhow, I had 3 spots where I got stung. 1 on the finger, another on my belly, and one on my right leg near the ankle. Alex got stung on the pinky, and Chad, luckily didn’t get any.

13 hours later, my right finger is still swollen, I still can’t bend it. My leg and belly are fine. Weird thing was, Alex didn’t even have a reaction to it like I did, his pinky swelled for an hour, then it went back to normal. We were just grateful that it wasn’t as bad as it was. We easily could have gotten attacked more than we did. But being the fatter and slower runner of the 3, I felt like I took one for the team by having the wasps get to me before Chad and Alex.

Other than the wasp fiasco, we had an awesome time riding and hanging out with great friends at the Wellington Ranch. Not sure if we’ll be going back there any time soon, but I do know this, when I do, I’ll make sure to get in better shape, so the next time we have to run from the wasps, I won’t be the last one…

I was thinking I would write… 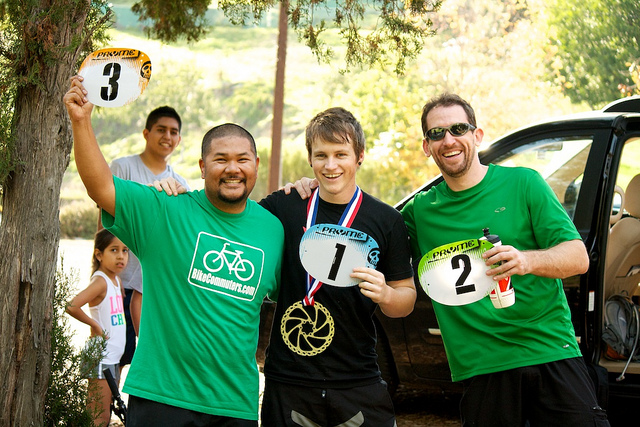 3 thoughts on “Back at the Wellington Ranch-Testing the Sette Venom, and a bunch of Wasps”