Last week MtnBikeRiders.com  took possession of the spankin’ brand new KHS SixFifty 606.  We have been featuring this bike prior to Interbike 2009.  For those that are not familiar with this bike, it sports the 650B tire size, a *new size that places itself in between the established 26” and the revolutionary 29er. (*new in the current MTB world; but the 650B has been around for quite some time.) 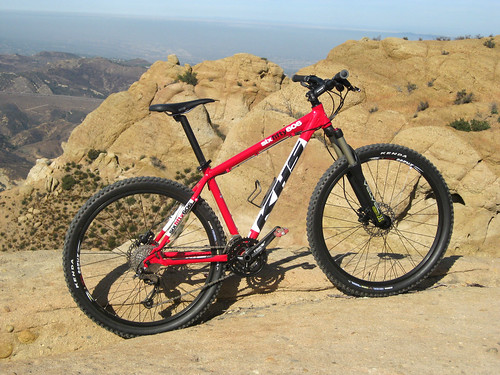 SixFifty 606 at the top of Mini Moab

I had my first ride on the SixFifty 606 this past Thursday.  I picked up the bike from David “Sho-Gun” Sanderson.  The bike is absolutely beautiful… much better looking than I had remembered it from Interbike 09. I guess with the thousands of bikes I saw at the show, I had forgotten the finer details of the SixFifty 606… for one the hydro-formed top tube with a unique shape… see below. 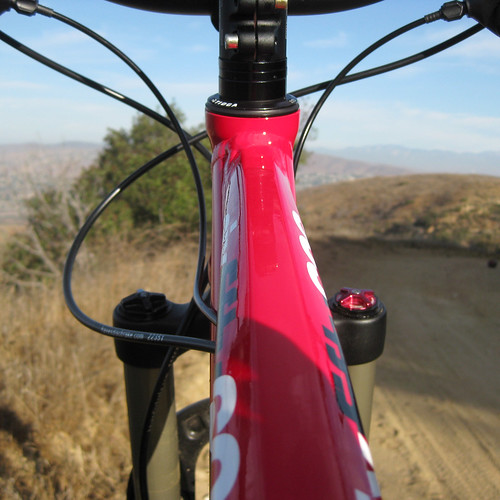 The ride on Thursday wasn’t what I had planned for the first ride of this bike.  For one, it was a night ride; secondly with rain from the previous day, some sections of the Loop were too muddy which diverted from the normal route; the Loop typically holds up well after rain.  All in all there were too many distractions for my first ride on the SixFifty 606.

This Sunday, I took the SixFifty 606 up to one of my local training grounds – Coal Canyon.  I started the ride from my house in Corona and rode all the way to the top, which is commonly called Mini-Moab.   I was joined by my friend Val.  On the way up, we traversed through mainly fireroad and on occasion sandy sections.  From time to time there were corners with small baby heads.   The climbed to the top went exceptionally well.  The hardtailed SixFifty 606 climbed like a billy goat.  Crossing the sandy sections with the semi big tires, the bike motored through it where I had struggled through in the past with my 26” bikes.

Reaching the top at 2300ft, we took a short break at Mini-Moab.  The long ride down Coal Canyon is always a treat as we’ll hit sections at 40+ mph (per Garmin 305).  The SixFifty 606 felt natural on the descent.  It was nimble and handled great on the steep sections.  Coming through the corners with baby heads, on the few that I couldn’t avoid, the SixFifty 606 rolled over them with control.   On some of the wider turns, I tried taking a sharper turn through them however I had a difficult time.  No biggie, this was my first real ride on the SixFifty 606.  As soon as I get acclimated to the bike the handling will be much better.

Notes from the first two rides:  climbed great – on & off the saddle; nimble for a semi big tire, descended well.   I also felt taller, but obviously I have bigger tires.

I’ll be riding this bike through various trails in OC as well as a few races.  Stay tuned as I put miles on the SixFifty 606 and provide an in-depth feedback. 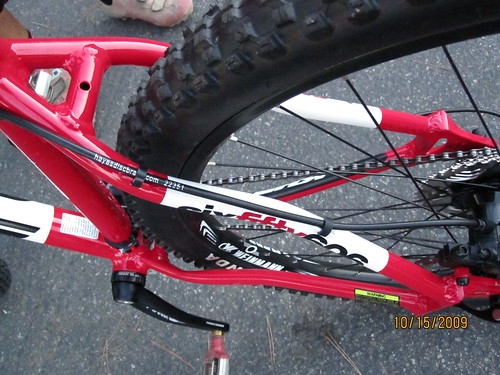 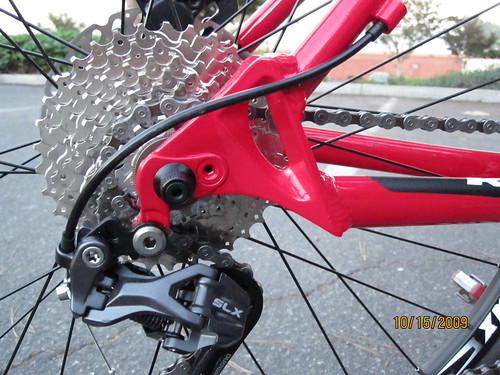 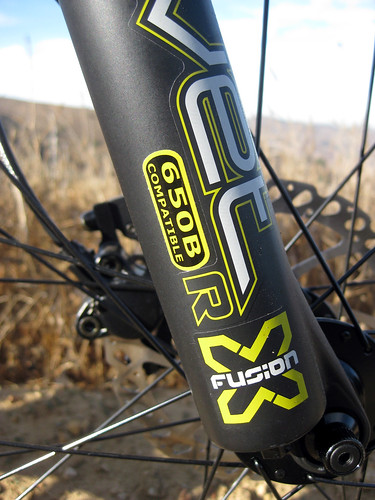 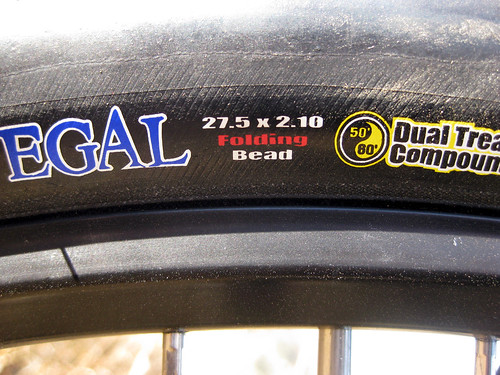 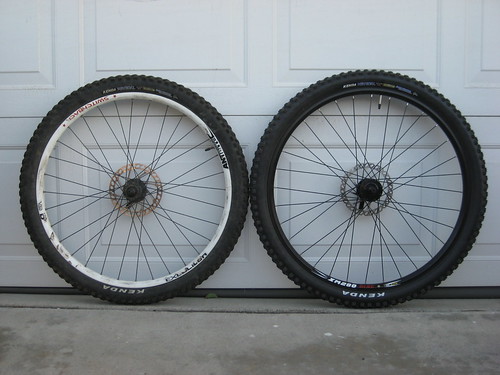 Below are the specs:

Titus on a comeback!