For the past few years, we’ve been hosting an annual New Year’s Day Ride at the Fullerton Loop. We usually keep the pace at a very mild and easy tone in which we’ve dubbed it a “relaxed vibe.” We keep it mellow to be sensitive to the party goers from the night before.

Earlier this week I announced that we were having our ride through our Facebook Fan Page and through my weekend ride mailing list. This ride in particular is the hardest to get rsvp’s for. Not too many people want to wake up early to go riding. However, this year we started at 9am, which allowed riders to get some coffee to wake up from their hangovers.

At one point, we had about 11 riders in our group. Some of the folks with us just happen to tag along since they needed a tour guide. Being Filipino, it is in my blood to eat dogs and to bring a camera every where I go. Today was no exception, however, the Asian food store ran out of dog meat…but I did bring the camera today and took some pics of our ride. 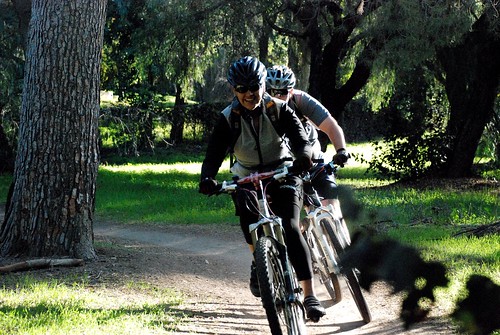 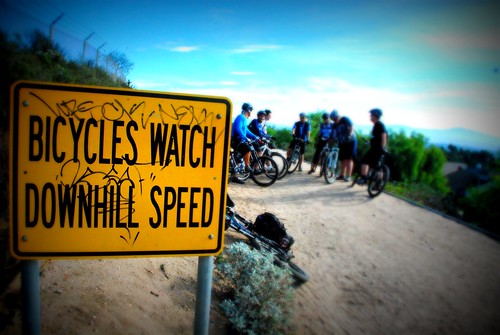 The first climb of the Loop seems to always get a few people to dismount. It’s short and steep, and on some days its even sandy. But since we had some rain a few days ago, the ground was in perfect condition. 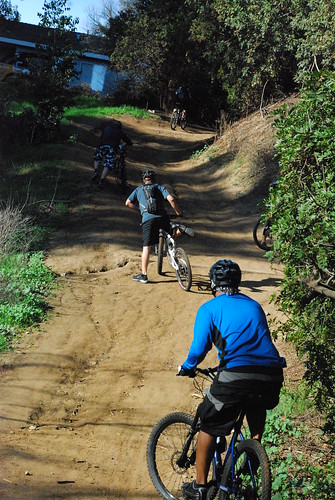 From left to right, Cameron, Andrew,Mike, Khoa(center),Priscilla, Robert and The Thunda (Gabe). 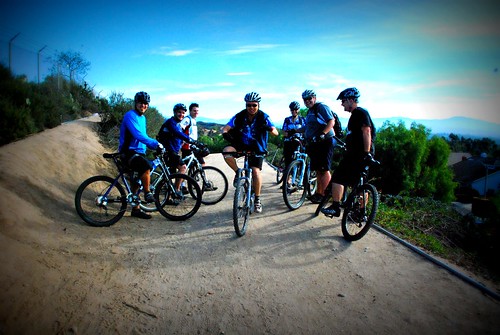 Towards the end of our ride, we came across this memorial. There was death a few weeks back of a young man who was found in the stream after a few days of hard rain. Pretty sad. 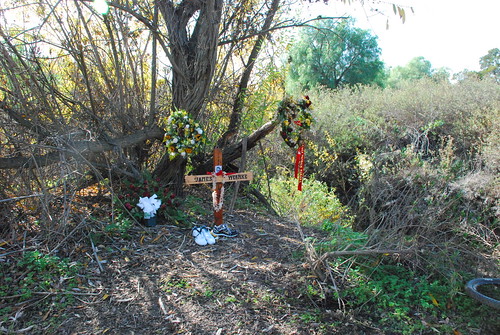 Weird thing was, there was another death at the Loop just this morning. As we were riding through the rail road tracks, Fullerton PD just started taking down the Police yellow tape. Word has it, there was an 18 year old male found dead on the tracks…creepy.

Khoa hasn’t been on the bike since the day light savings time change. He’s been focused entirely on snow boarding, so seeing him on the trail was pretty cool. He won’t admit it, but I think he likes biking better the boarding. 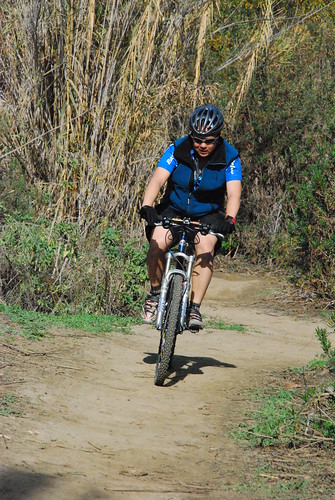 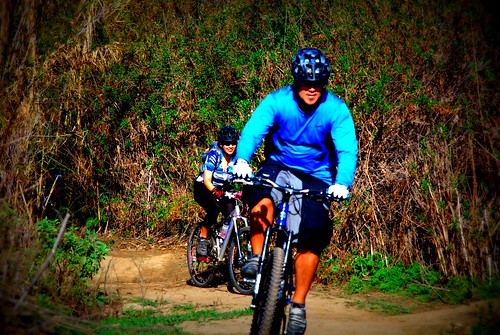 Gabe was yelling at me, “I can’t believe its not butter!” 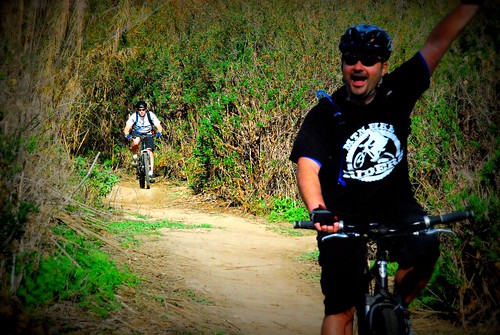 Here’s Mike before. I say before because he had a bit of an accident at the very end of the ride. He went OTB, got hurt pretty bad. Priscilla and I had to rush him to the ER. Turns out he had what they call a AC Separation. Kinda odd to see because part of his collar bone was protruding. But it wasn’t broken or anything. The good news, no surgery needed. They drugged up Mike with some heavy narcotics and was picked up by his family to rest at home. Get well soon Mike! 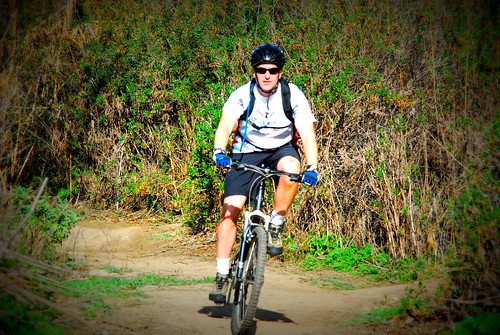 Before all that happened with Mike, we met up with David from Felt Bicycles. He was riding this ultra bad ass beast of a bike. It’s called the Felt Redemption 2, its not quite available in the US, but he let us take turns riding it. 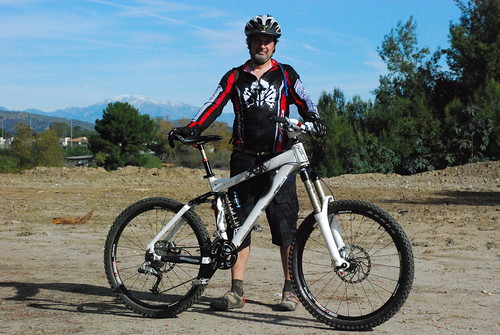 Priscilla, Khoa, Andrew and I took turns riding it. Oh man this thing is amazing. It weighs nearly 40lbs, but it feels like you’re pedaling a XC bike. But the 40mm stanchions clearly gave an indication that this bike was meant for greater things than the Loop. David actually has plans on racing the Winter Series with this bike. I’m sure he’ll do really well, that thing is awesome! 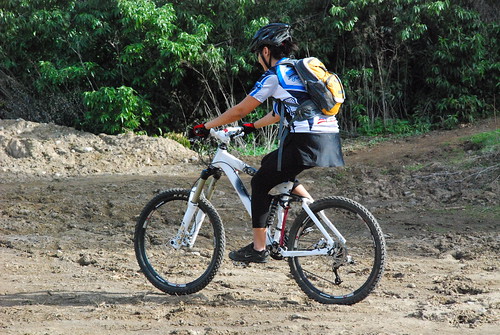 In closing, our annual post party ride was great. The Fullerton Loop may not be the best, and most technical trail out there. But it sure has helped bring on some great memories over the years. For those of you that didn’t make it this year, just make sure you don’t party too hard next new year’s eve so you can make it to the 2011 ride.