A few months ago The Moe took a dive during a DH practice run at Fontana. He took a jump, landed but his bike bucked him off and OTB he went. Little did he know that his fall actually resulted in a REALLY messed up shoulder. He knew it hurt but he didn’t know the extent of the injury since he kept DH racing. Months later the pain got to The Moe. He finally went in and the doctor said that he tore his labral or something like that. That meant surgery, a few screws and orders that he stay off the bike for months.

Well its been a long few months and the Doc gave him the ok to start riding again. When The Moe told me that he wanted to ride the Fullerton Loop, I assembled a Welcome Back Ride with a few Trail Thugs to help him ease back into the joy of riding. 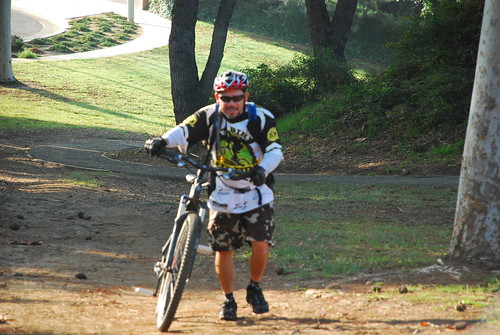 Randall Robinson. He has a nick name of “Full Squish.” But that was sooo 2008. I’m assigning him a new name. Randall “Radical” Robinson. 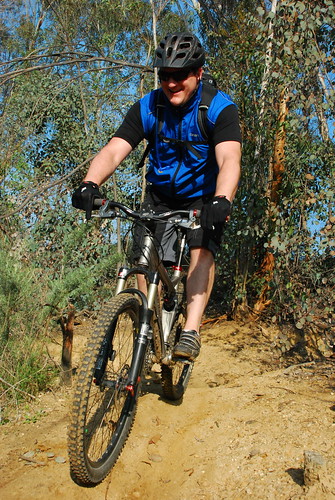 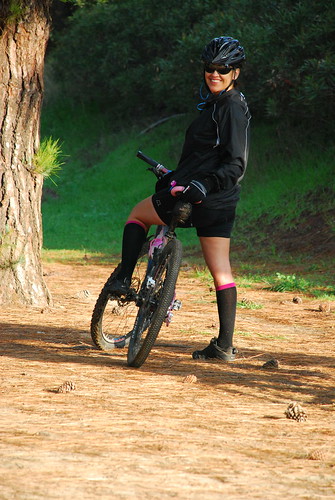 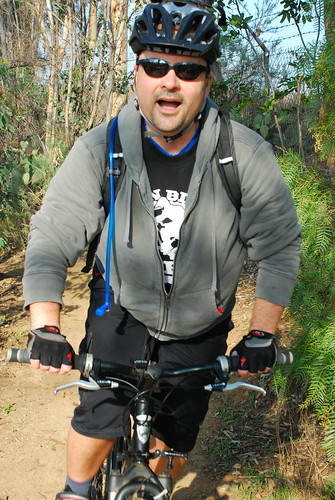 I actually forgot his name, so for now, his name is “This Guy.” 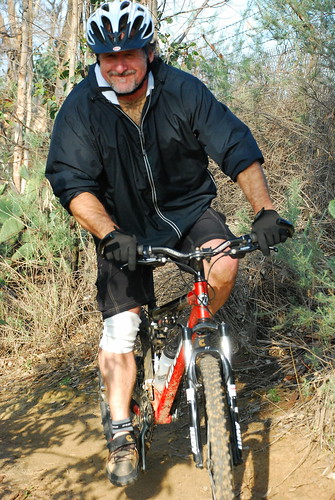 Cameron “Mac” McMackin. That’s one cool last name! Can you imagine all the ways you can use that? “McLovin'”, “MacDaddy”, “Daddy Mac”, “Snackin On Da Mackin”, “Mac Attack”, “Mac Mac”…the possibilities are endless. 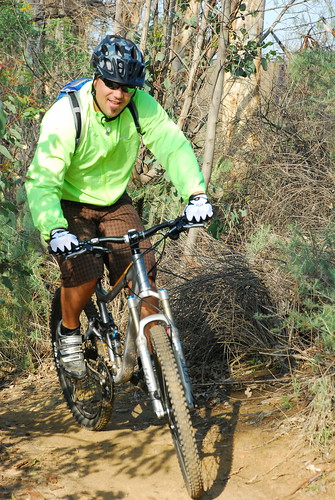 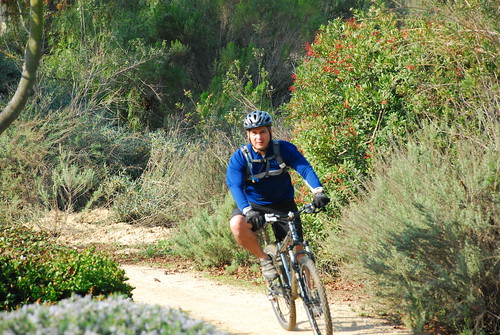 The Moe felt pretty good during the ride. Though there were times he had to walk some of the hills, he was back in his groove on the descents. 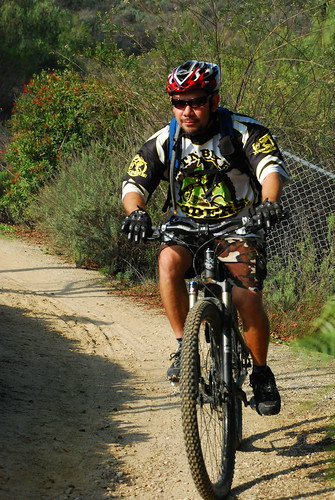 Have you ever heard of that saying, “your bike will go where you’re looking?” Well sure enough, The Moe was trying to avoid the mud pit and look where he ended up. 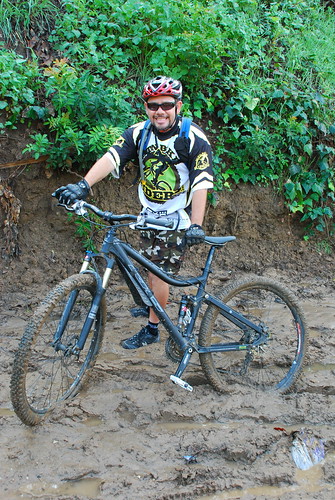 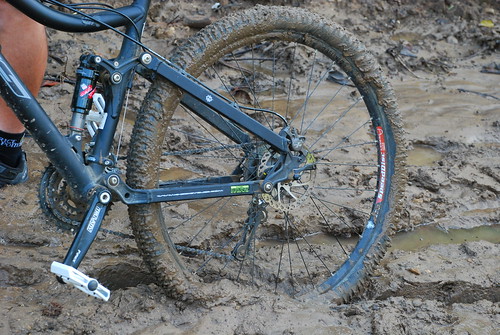 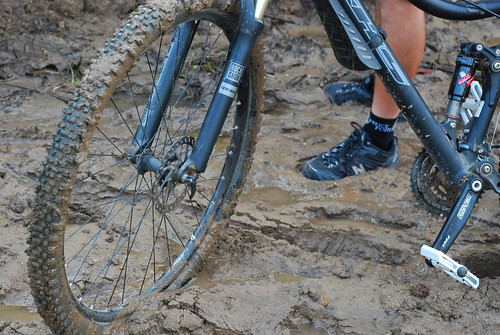 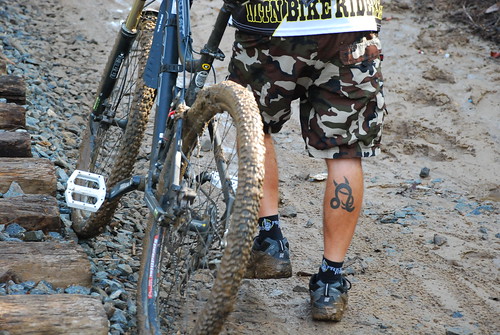 By the end of it all, we had an awesome time. No injuries, no mechanicals, just pure fun. We’re glad to see The Moe Back on the trails. Who knows, you may see him at the next DH Race.

4 Replies to “The Moe’s Come Back Ride”