Just kidding, well not really according to Body Mass Index calculators I am an obese man at 6′ 2″ and 245 pounds, with an index of 31.5. The fine print reads “While it is generally accurate, the BMI can read too high for athletes or others with large, heavy muscles”.  This is good [I guess] as I registered for the Vision Quest as Rigid Single Speed, I am going to use every last muscle to push my over sized body though the hills for 56 miles.

I started my day at 2:30am only wake up to only hot water in the coffee pot, no coffee in the basket – pre race gitters. Thinking about every next move now after that I didn’t want to miss a beat, it was a good thing I had prepared all my gear to grab and run out the door as the start time was 5:30am and race packet pick up was 4:30. Arriving early (4am) to the start area at the end of Blackstar road, it was already filled with many people either riders or race supporters. The day had officially begun, time to warm up and relax it was going to be long day on the mountain. 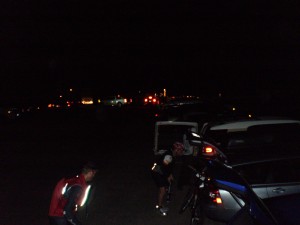 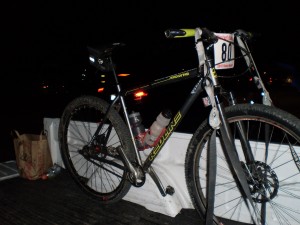 Everything went well except for one very minor exception, I didn’t charge the battery in the camera, right after this picture it died. The Redline MONOCOG 29er did really well probably better than I did during the day, it held a nice line when climbing, it handled the long downhill descents without any scares navigating though the rocky trails. I on the other hand was starting to cramp about 17 miles in, a different approach to climbing was needed- standing up on any climb was necessary to keep my legs stretched out. This worked to certain degree, I had to push my body to the limit to make the cut offs in this race. If you don’t make the cut off then you asked to return. It has been said that riding this route is not impossible for most avid riders, but to make this ride with the sharp cut off points makes it very difficult. BIKE Magazine called Vision Quest on of Top Ten hardest mountain bike races in the USA a few years ago. I finished the event with time to spare, my only mechanical was a flat with only four miles to go, that cost me a few minutes as I was hoping to finish in less then 8 hours. I finished in 8:07 not bad for an obese man on a single speed. 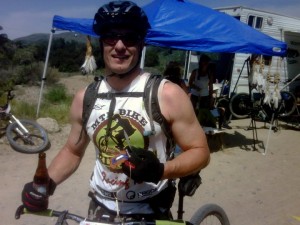 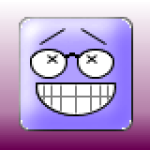