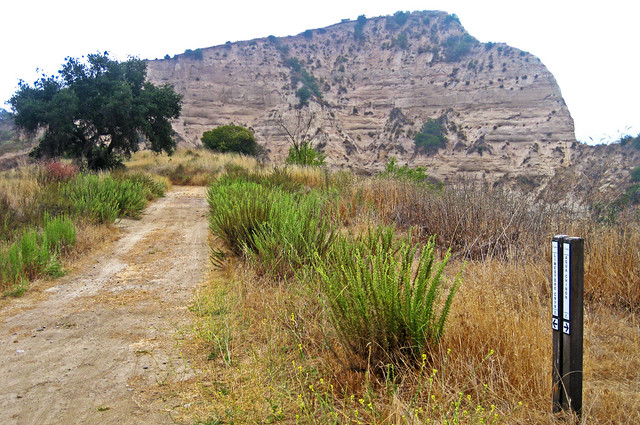 Looks to me like the Limestone Canyon train. All pictures courtesy of Dan Burdett

Dan & I got to ride another Open Access day this past weekend. This time it was Limestone Canyon. Limestone is also part of the Irvine Ranch Conservatory. It is best known for a beautiful canyon commonly referred to as the Grand Canyon of Orange County. 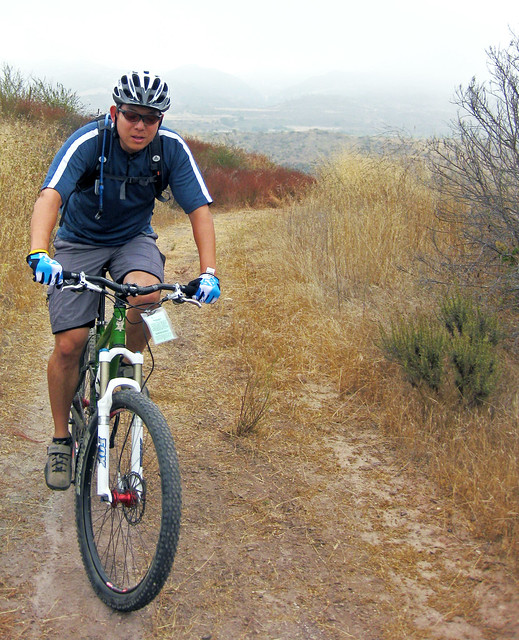 Limestone Canyon was a shade under 12 miles and about 1750 feet in climbing. Most of the climbing is at the beginning of the ride which was nice this day as the marine layer was still around when we started. The marine layer kept things cool during our initial ascent but also made the views non-existent. We were lucky to see 20 yards beyond our front tire. The Voodoo Canzo did great. Since the previous ride report, I did a rear tire swap and removed one of the headset spacers. Still working on dialing in the fit, but its turning out to be a fun bike. 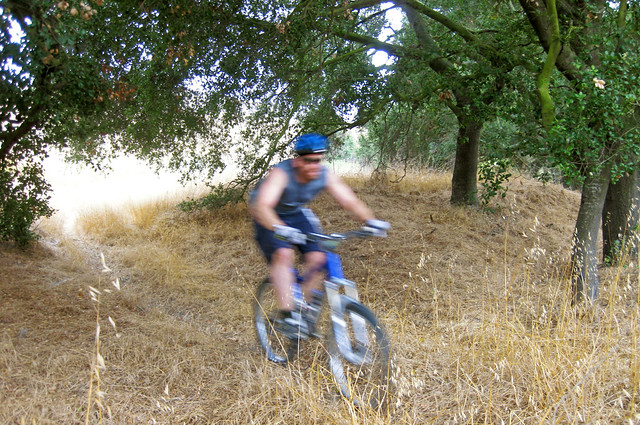 The ride was done at a comfortable pace considering Dan was under the weather and it was just a week ago that I was experiencing incredible quad cramps and two days ago when I got a bad calf cramp on a ride. I can be cramp prone. 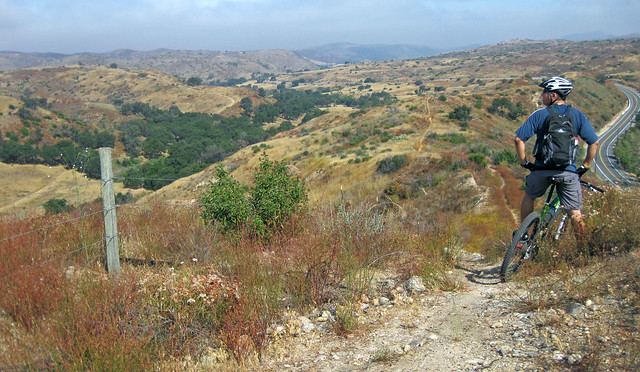 Jeremy taking a quick breather before continuing on the singletrack ridge

Highlights included two great sections of singletrack. For the most part, Limestone canyon is a fireroad ride, but the two singletrack sections make up for it. The first section, Box Springs is pretty short, but very tight and fast. The second section of singletrack, name which I forget, is towards the end of the ride and is a singletrack ride along the ridgeline paralleling Santiago Canyon Blvd back to the main drag. This singletrack was wide open and rolling. It had a few short climbs and some fun descents. The best part of the 2nd set of singletrack was the speed with which you could ride it at. I was definitely able to big ring it through certain sections. 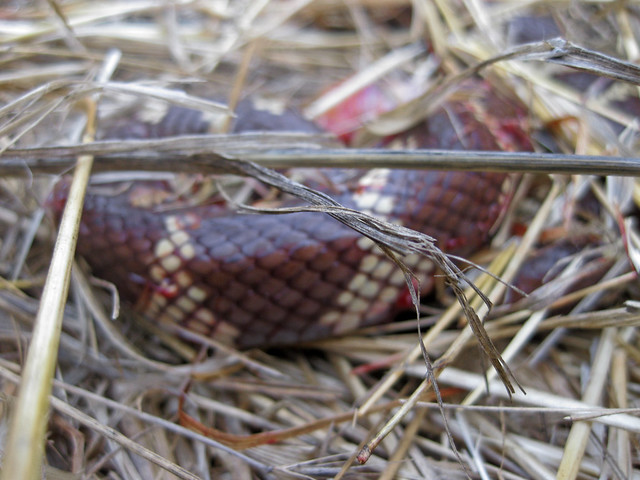 We also got to see the remains of someone’s meal, a half eaten King snake. I came upon this while I was climbing because my front tire almost ran over the remains. Scared the bejeezers out of me. After getting everything under control, I turned around and waited for Dan to get to the snake. A few feet away, we found another piece of the snake, but we never did find the head. 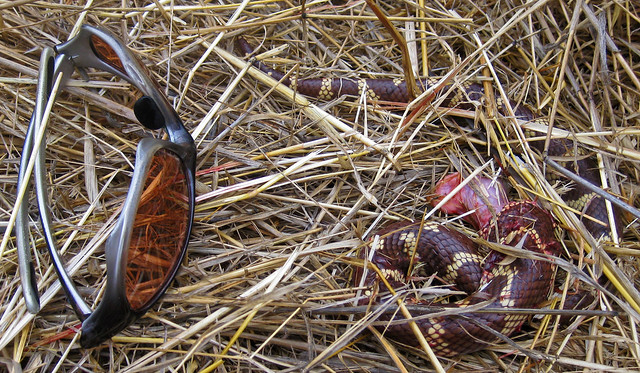 Pretty small snake, with missing head. We found another few inches of it a few feet further along the trail, but still no head.

Lastly, I got a glimpse of an owl. As I was waiting for Dan to come through a small tree covered area, I heard a brand breaking in the trees above me and saw an owl fly away. The distinct flat but round face and light brown coloring was beautiful to behold. 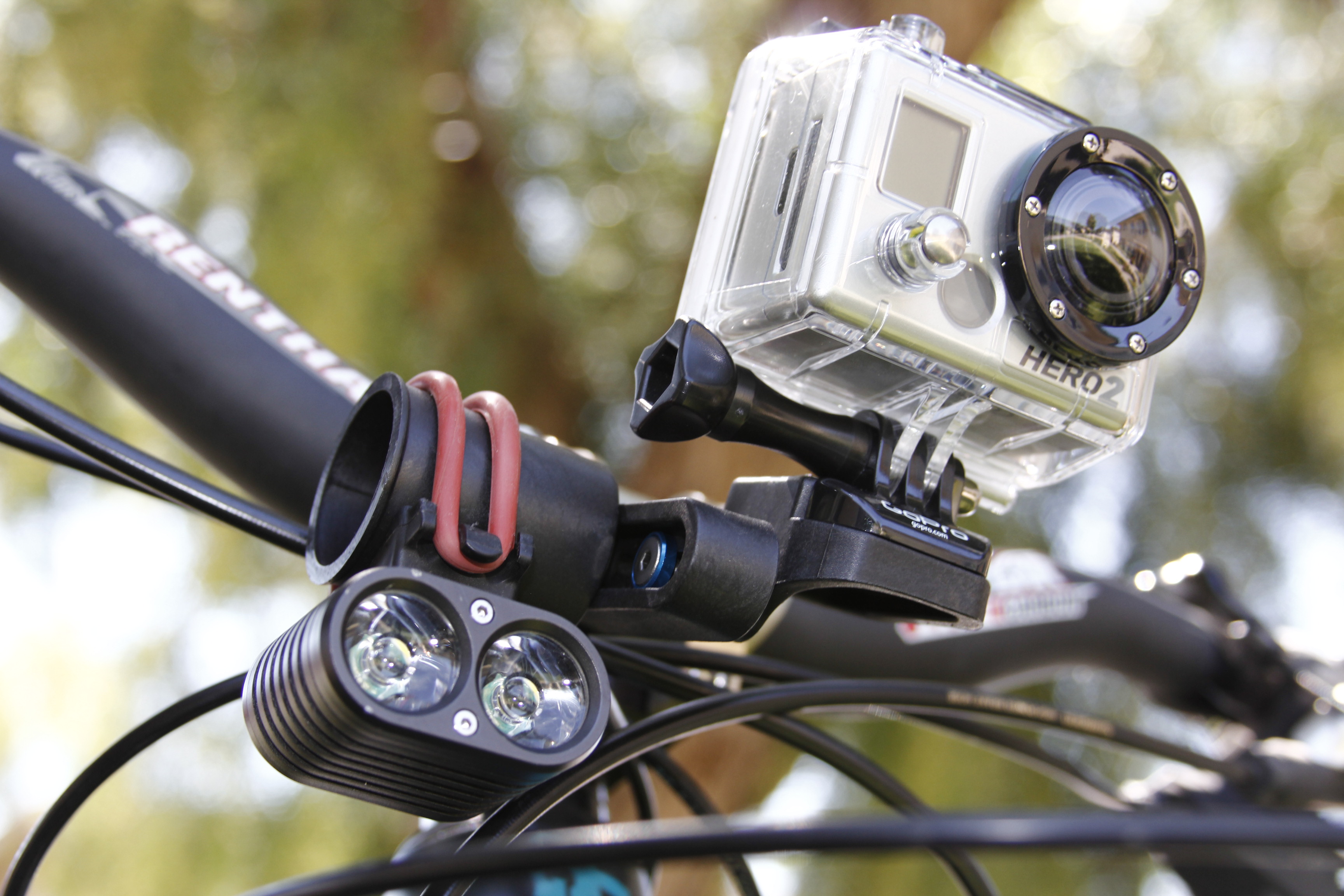