Typically when a person gets a new bike, it will come with reflectors. Some think they’re pretty lame so they end up removing the reflectors in fear that their friends will tease them during the next ride.

When we took delivery of the Airborne Taka DH, we made sure we left the reflectors on. Why? It’s simple physics. Reflectors help cut through the wind and provide lift to the wheels when jumping a bike.

Reflectors basically work like wings while on a bike. If you notice, they’re actually shaped like wings. With that same basic principle, when you remove your reflectors from your wheels, you’ll end up loosing the lift that you may need during a jump. Here’s a pretty good example of a rider with no reflectors.

Notice the lack of reflectors on the wheels and notice the relation to the lack of air between his tires and the ground. Good effort, but reflectors would have helped him gain more lift. 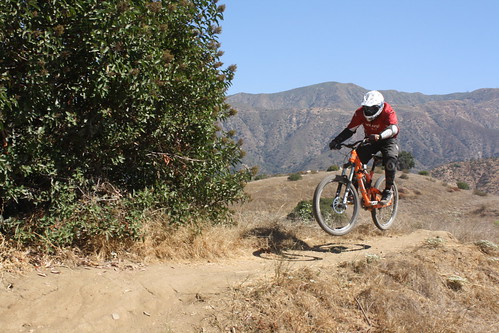 Now let’s look at Art Aguilar with the Airborne Taka DH. This bike came to us equipped with reflectors. Just check out the HUGE difference in the jump. 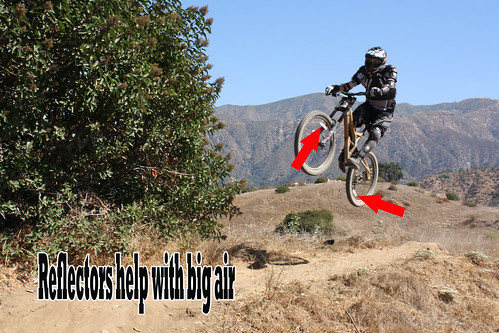 Here’s another angle, check out the trajectory. Reflectors are an absolute must when wanting to go big. 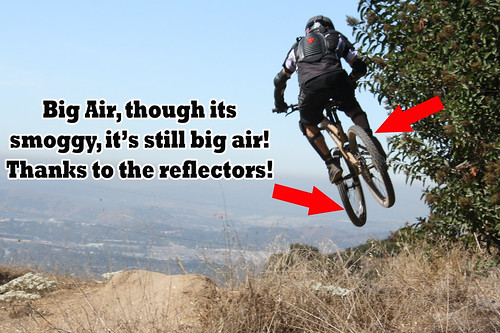 I think Airborne Bicycles hit the mark by making sure the Taka had some reflectors installed before sending it to us. I know what you’re thinking, “but I took my reflectors off, can I still buy some?” Sure you can, but the factory blade reflectors are the best. If you can convince a bike shop to sell you them, then you might just be lucky enough to gain the same benefits as Art Aguilar. 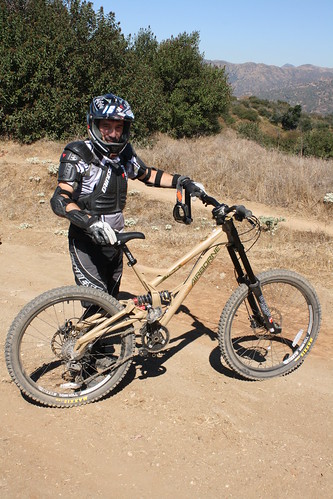 Too many bikes, but each one I’ll use!

How NOT to Change your Chain

6 thoughts on “Reflectors serve a purpose in making sure you get big air.”