I guess its different for everybody. Some guys train non-stop, some have crazy lite bikes, and some shave their legs. Well, I wish I had the time to train like crazy. Lite bike are super expensive. And I like having hair on my legs. So I looked to guys like Mark Wier and Adam Craig to see what makes them fast. 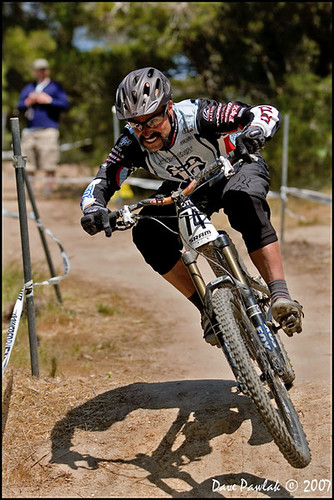 Mark Weir is one fast dude! He races everything from DH to Ultra Endurance XC. 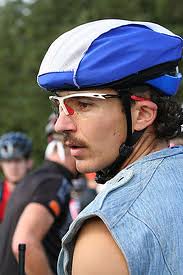 Adam Craig is a Single Speed World Champ, and also represented the USA in The Olympics! 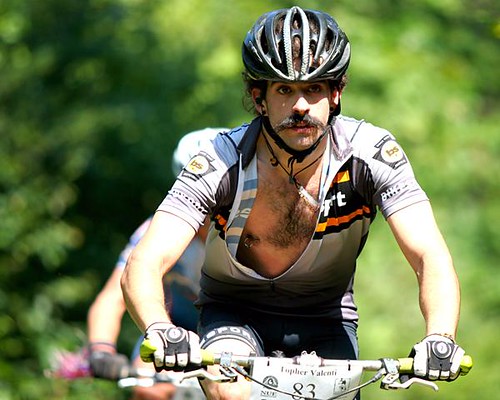 This guy is Fredrick Goomers, he speaks for himself…

So what do these racers all have in common? They all rock a mean mustache! You might be thinking…how can a mustache make you fast? Well, I don’t know, so I thought I would do a little experiment and find out. 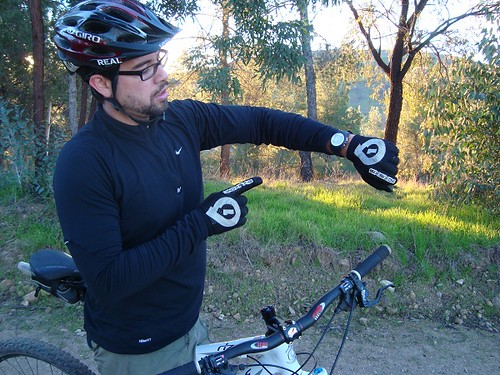 This is Chuck, he was the offical time keeper for the test. 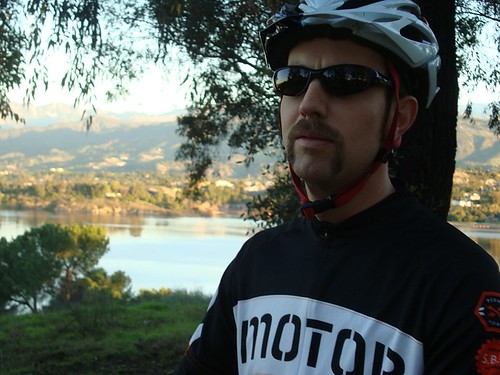 Thats me rockin the Handlebar.

We headed to Bonelli, and marked out a course that was 11.8 mile long. It starts off with some fire road climbs, has some fast singletrack, and a few techy rocky descents. Right from the start I felt stong! I was powering up the climbs like nothin, and when it came to the downhills I was confident and smooth. 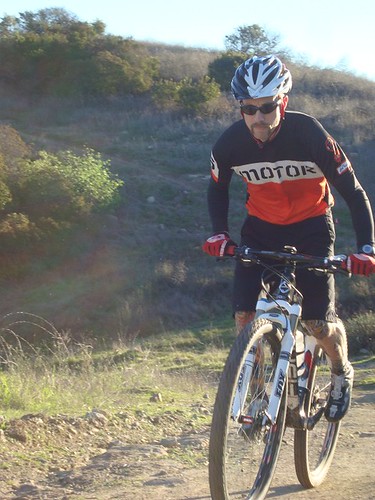 I ended up finishing the course with a offical time of 58 minutes and 38 seconds. I felt so good I did another lap!

Two days later we returned to Bonelli. I ate the same food for breakfast, rode the same bike, and the test was done at the same time of the day. Only thing that was different, was I shaved off the mustache. 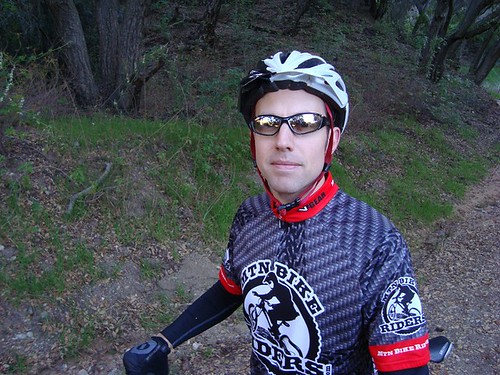 This time my ride felt a little different. I didn’t feel as strong on the climbs, or as confident on the descents. When I finally finished, it was a time if 1:00:41. Thats more than 2 minutes slower! In a race that is huge! So not only do mustaches look “Chuck Norris” but they also make you faster.

8 Replies to “What Makes You Fast?”