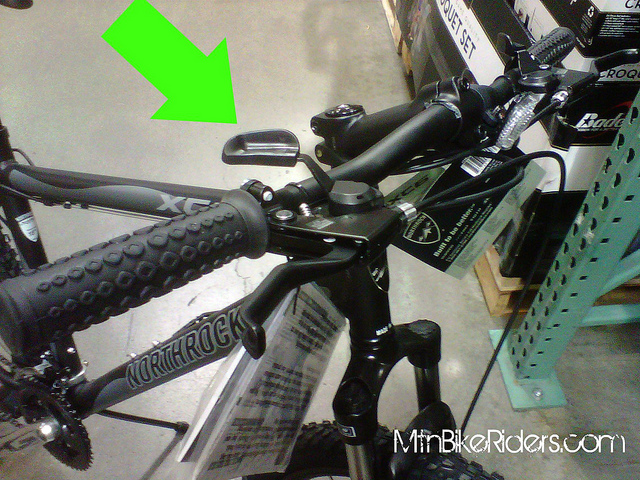 This here thing is what they call a Northrock Bicycles XC6 mountain bike. It has a 24spd drive train, front suspension and retails around $299. Oh and they’re only available through your local Costco. The problem with buying a bike from Costco is that the guys who assemble these bikes have never been properly trained to build them up the right way. Check out this photo of the Northrock XC6. Looks good from far away, right? 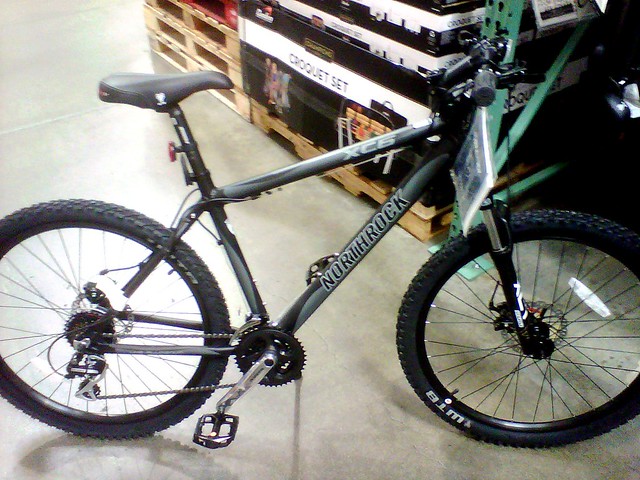 But if you take a closer look, you’ll notice that there’s something wrong with the handle bars. It was installed upside down. 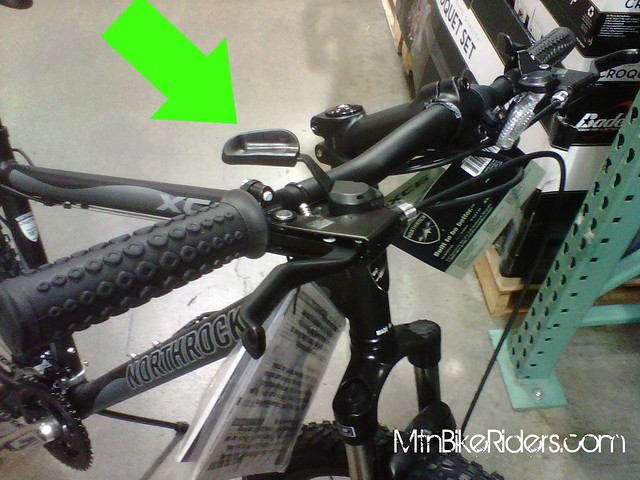 Whoever assembled the bike from Costco, flipped the bar upside down, so now if you were to hit the right brake lever for the rear brakes, it will engage the front caliper, shifting would be confusing as well. So who’s to blame here? Technically the fault doesn’t lie on Northrock, but its Costco’s responsibility to make sure these bikes leave their establishment in proper working order. In all honesty, the XC6 seems like a decent entry level bike, but the assumption of lost quality was provided by Costco’s inept “mechanics.”