If you mountain bike in an area that gets tons of snow, then you may want to listen up. A few years ago my own brother was stationed in Pennsylvania for the US Army. When winter came and the snow fell, he didn’t want to stop riding. So he deviced a bicycle traction system, or in other words, bicycle tire chains. It uses the same basic principles of tire chains for cars, but on a smaller scale. 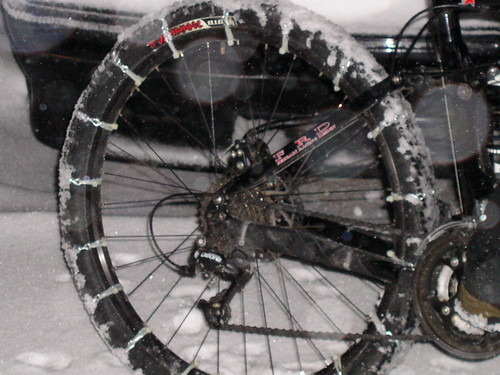 He actually published an article showing you how to make your own bicycle tire chains. From what it showed, it’s pretty simply and straight forward. But it will only work with disc wheels. 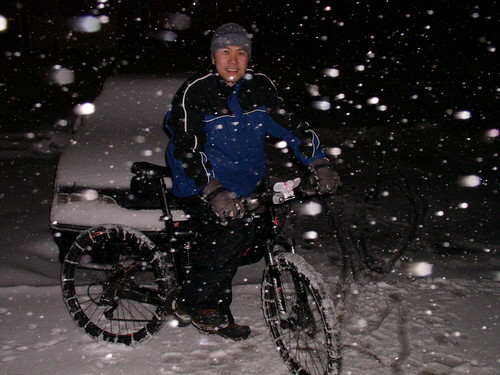 During Interbike, I actually met a company called Slipknot who makes tire chains. Their traction system retails around $85. But with the homemade tire chains my brother made, you easily make your own for about $15.00

However, I’ve spoken to some who say you don’t need bicycle tire chains because the knobbies on your mountain bike tires will provide enough traction on snowy and icy conditions. But then again, since I live in Southern California, I really don’t get much of a chance to see snow, with that in mind, I’d really like to experience mountain biking in the snow to see if bicycle tire chains are needed or my own tires will be sufficient.

Related articles across the web

One Reply to “Bicycle Tire Chains”