As you can see in the next few photos the ACTION CAM is slim and sized to be light in weight. Operation is also made to be easy. The only thing that I was told that SONY does not do themselves is the optics. SONY went to one of the leaders in the field for this and that would be Carl Zeiss. They give you an ultra-wide angle Vario-Tessar lens for perfect clarity. The ACTION CAM has a view screen on one side, the waterproof protective case has a standard tripod mount on the bottom, so you will be able to use it on just about any type of mounting system. True stereo speakers (not a mono speaker like the other guys), and all the necessary cable hook-ups within the unit, oh and did I forget to mention SONY’s own hallmark SteadyShot™ image stabilization, and Wi-Fi, and of course 1080 HD.
Is SONY going over the top with this new POV cam, no way. Watch out other guy I think you have some competition now. 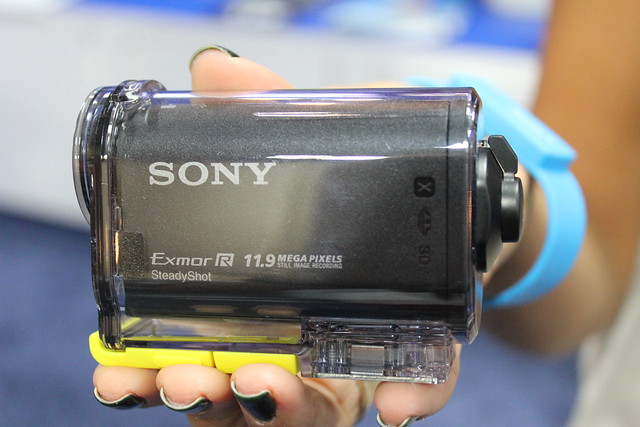 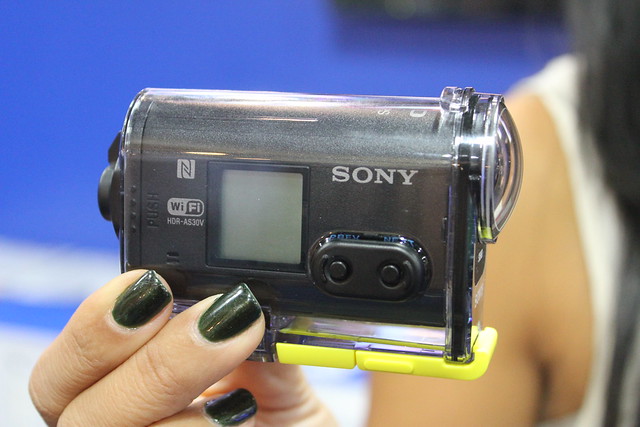 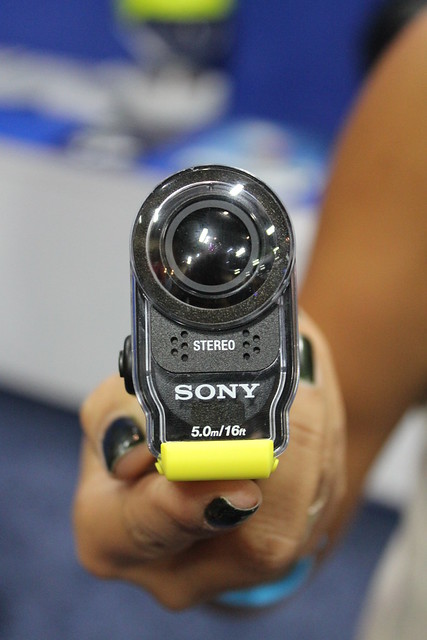 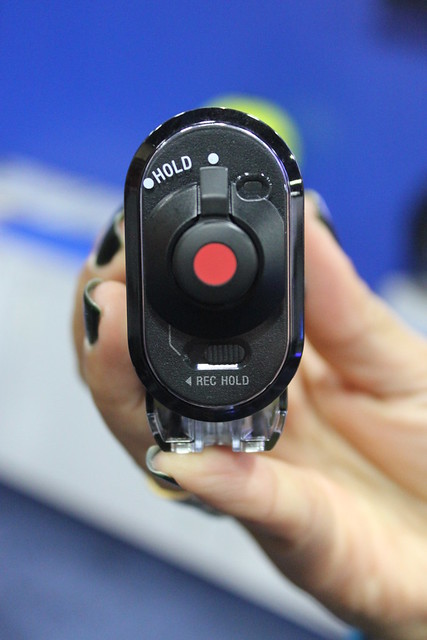 TURN IT INTO A HAND HELD CAMCORDER
This was one feature I loved more then anything, SONY has a kit that will turn your ACTION CAM into a hand held camcorder. Once you clip it into the unit it has a flip out screen that turns for you to position, also it has the standard tripod mount on the kit. This makes for one versatile POV camera. 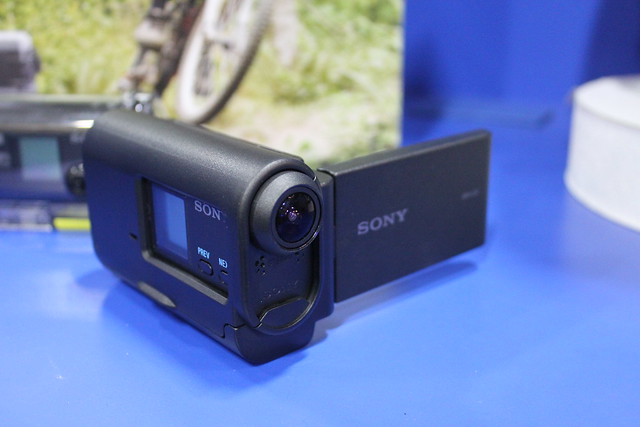 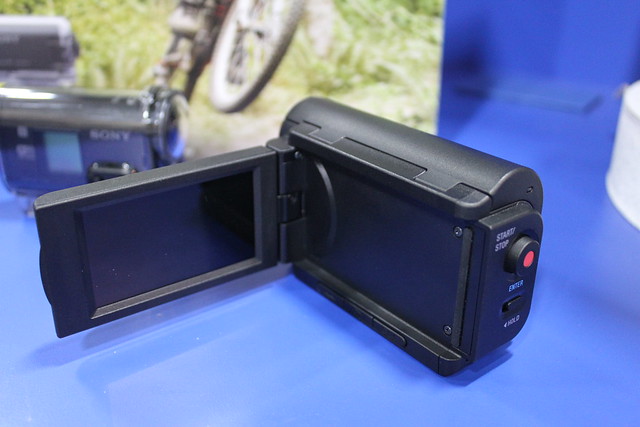 K-EDGE TEAMS UP WITH SONY
If you don’t know who K-Edge is they make mounting systems out of nice machined aluminum that mount POV cams to the handle bars and under the seat. These are slick units that keep the cameras nice and clean on your bike. 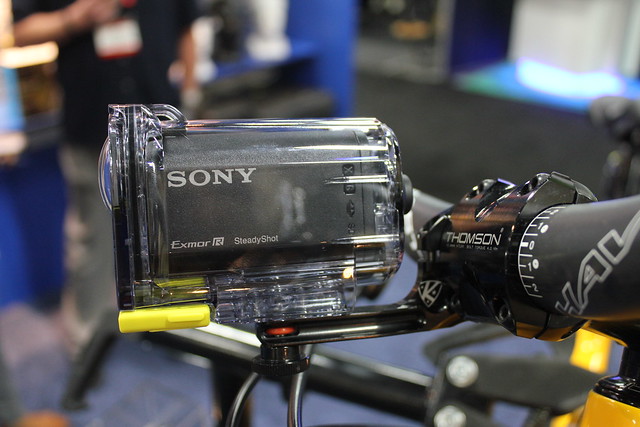 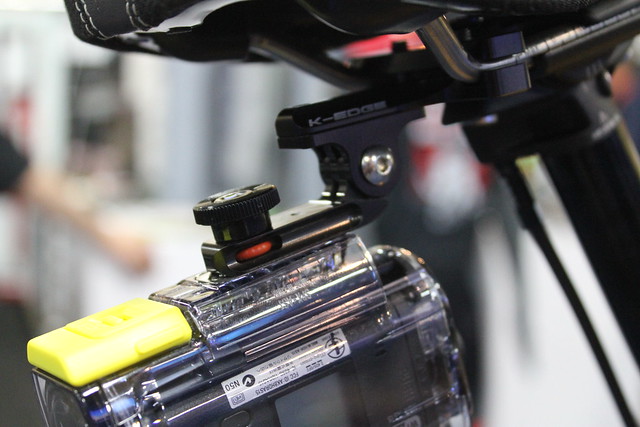 I could go on with all the great feature that come with the new SONY ACTION CAM, but if I did and we get one to test I won’t have anything left to tell you, but what I can say is Rachelle said something that that made perfect sense when it come to the other guy, “They make mounting systems for a camera and we make a camera, the mounting systems are for it”. The camera should come first and we all know SONY has what it takes to make the best. This being said its a tough market to break into and it will break those who don’t keep up. SONY has a good thing here.

Thanks to Rachelle Arcebido for showing us the new ACTION CAM.
Interbike 2013 Coverage Proudly Sponsored by Black Tiger Jerky