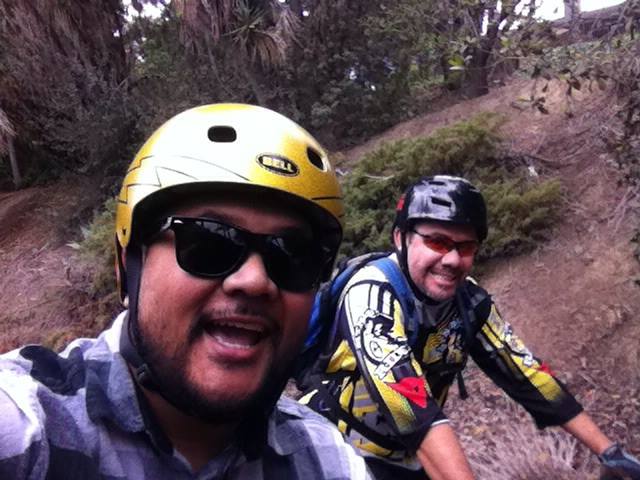 Based on that title alone, you know you’re already jealous. Well let me start of with a bit of a story on how this all went down. You see it all started with a text message that I sent out to The Moe. I said something like this… 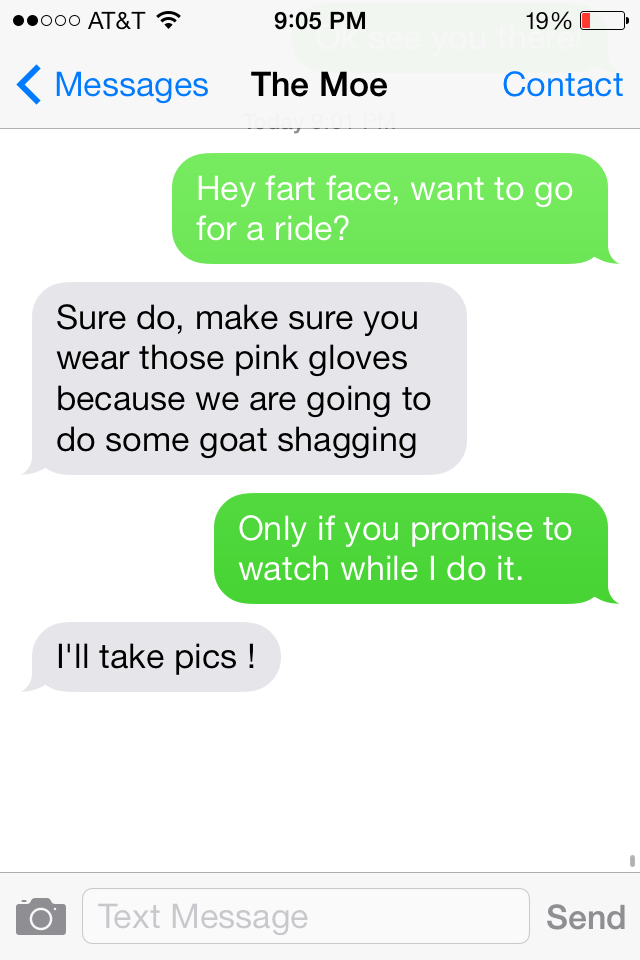 We ALWAYS abide by the Facebook Rule of “If it’s not on FB, then it never happened.” Thus the selfie. So one little tid bit about this ride is that we both are riding 26er bikes. 26 IS NOT DEAD in our book. Just about a week ago I thought about buying a new mountain bike. The Giant Trance 2 to be exact. I had made a profit on a motorcycle that I recently flipped so I debated about getting a new bike or invest into another motorcycle project to flip. Well the motorcycle won and I bought another project motorbike only because I valued The Moe’s opinion.

You see, what had happened was, I posted a status update talking about how I was going to get a new mountain bike to help me get motivated to ride more. Then The Moe asked a compelling question, “What’s wrong with the other 3 mountain bikes you have?” Duh…he got me thinking and he ended up saving me a butt load of cash by not buying the new mountain bike. With that being said, I dusted off my trusty KHS XCT 556, a 26er AM Bike and headed out for this ride that I’m writing about.

Oh ya, I mentioned something about heavy breathing in the title. Well that all happened due to the fact that I am WAY out of shape. In fact the shape that I’m in is called ROUND. I was telling The Moe that I felt totally FAT earlier that day and really needed to ride to feel better about myself. He concurred with the same feeling as I was experiencing, but for himself. Oh I didn’t even mention my arthritic knees…man. I don’t know what it is, but the last two days have been killer. So before the ride, I drugged myself up with Naproxen and a can of Redbull. Pain Relief and Energy at the same time, makes me feel like I can do just about anything, even mountain biking!

As we’re riding along, we passed by the Sunny Hills HS Farm where they had some sheep and goats. I stopped and started to pet a sheep then two goats billied him…get it…bully-billy as in billy goat…anyhow. So I was doing some heaving goat-petting, well more like scratching and I must say, they enjoyed every minute of it! 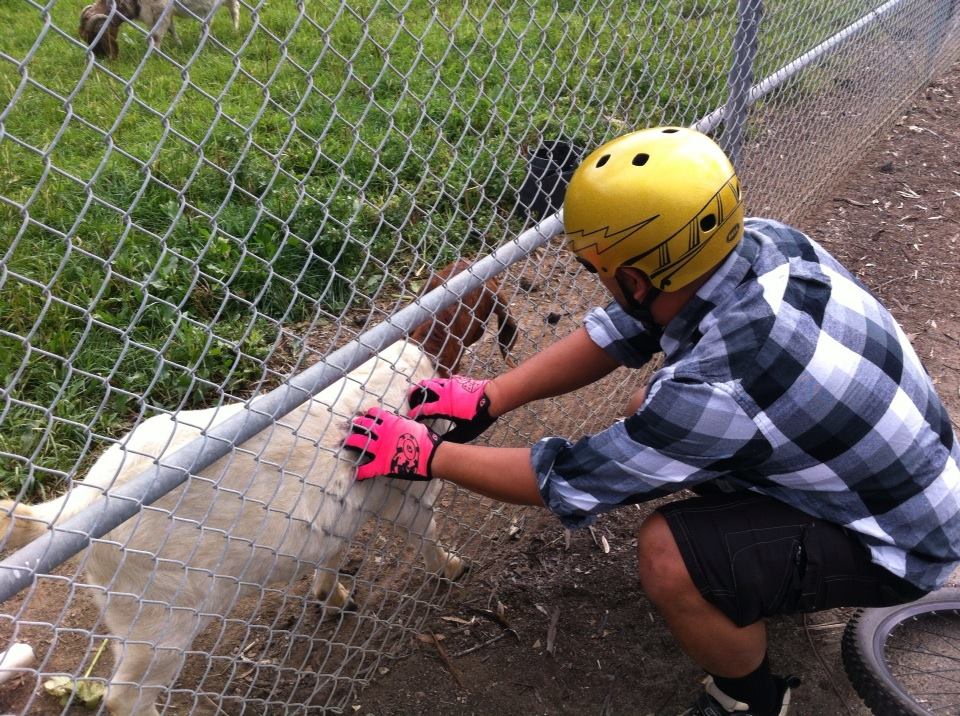 So we get to an area of our ride where I wanted to test out a device that I’m reviewing. What you see are some still images taken from a video that we took of us messing around. The Moe’s new-to-him bike was working like a well oiled machine! 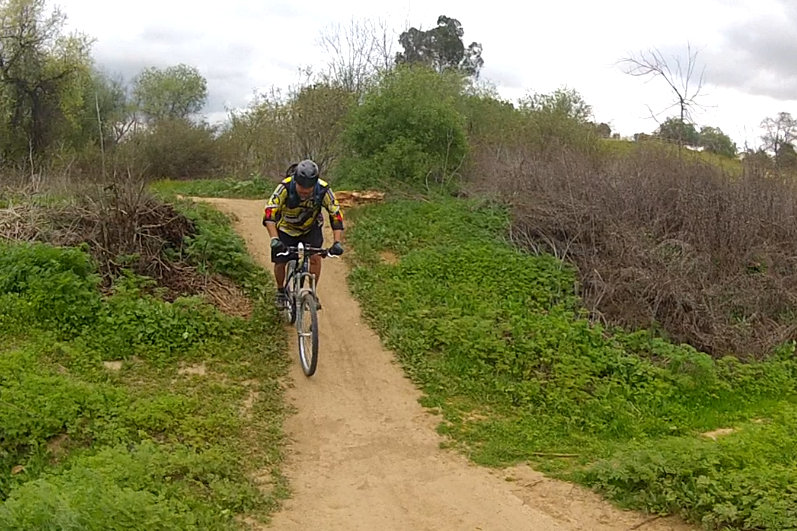 I decided to try my hand in doing a little jump, but my skill set is so rusty that I just couldn’t close the deal, but I sure made it look good while trying. 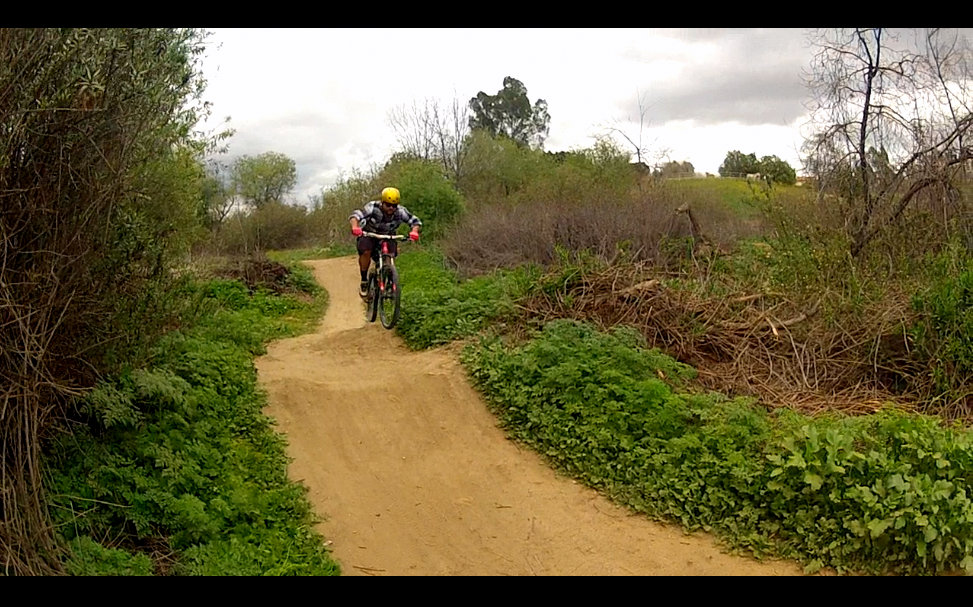 So there you have it. 2 old dudes did some hard breathing and some heavy petting. Geez, get your mind out of the gutter! I’m not exactly sure what you were expecting other than exactly what it sounded like.

One Reply to “2 old dudes, hard breathing and some heavy petting”