So I had this brilliant idea of creating my own 46er. What’s a 46er you ask? Basically I took a 24 inch rear wheel and installed it on the Woodstock 707.

When I showed up to the trail head Jeremy shook his head and asked…”why?” 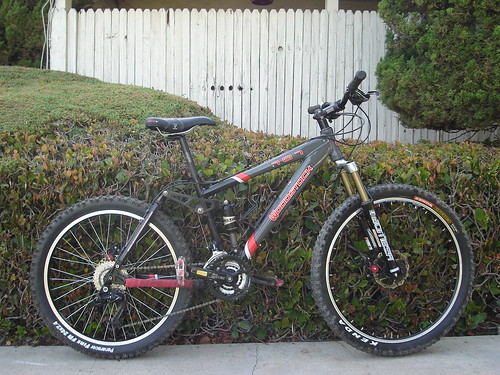 I replied, “To rebel against all those 69er stuff!” 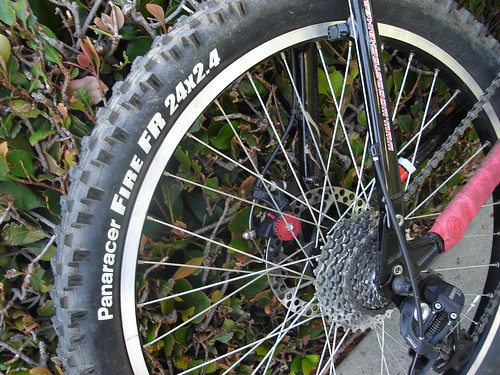 As we hit the trails I did experience more fun clearing obstacles on the ground and I could easily bunny hop over the curbs. But once we hit the first single track, I quickly realized that I was riding really slow. With the smaller wheel in the back, I was spinning twice as much to get the same speed I would have if I as on a 26er.

After the first part of the trail I was worn out. I then admitted to Priscilla and Jeremy that my idea for a 46er was stupid and that this was a dumb mistake. I was miserable! Not that the Woodstock 707 had any fault in this, the bike just wasn’t built for it and the smaller wheel made me do double work. Though I did have to get up at 1:30 in the morning to get to work by 3am, so I’m guessing my lack of sleep didn’t help either.

So what does that mean for my 46er rebellion…let’s just say it was quickly stopped. No wonder Cannondale stopped making 46ers…

Post ride pic, yup I’m flashing my West Side Sign, cuz ya know, we gots to be Representin’ Woo Woo! 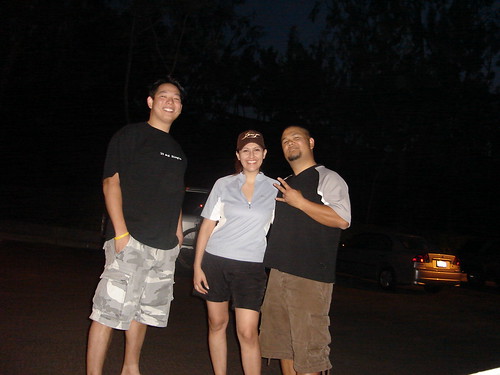