We received the Nirve Night Owl last week. We’ll be testing this bike as a daily commuter and as a single speed rigid bike. Though the Nirve doesn’t recommend that the Night Owl be used as a bike for the single track, I decided to see what kind of fun I could have with it.

This morning I woke up a bit earlier than normal so I could get out on the local trail to test ride the Night Owl. The bike rolls rather fast thanks to its 44t chain ring. The rear freewheel, from what I can tell maybe a 16t. The bike flies down the trail. 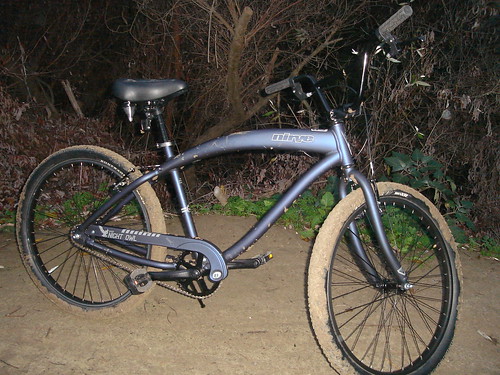 I went ahead and swapped out the tires with some Bontrager XR Jones for this purpose. The stock beach cruiser style tires wouldn’t do so well out on the moist trail. 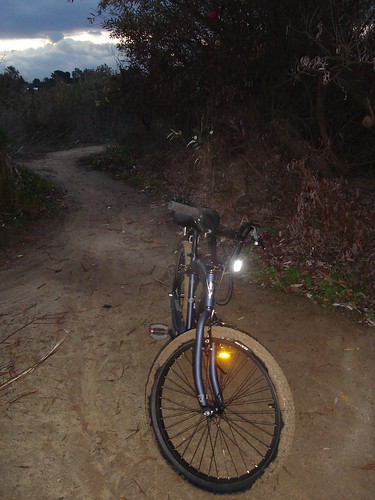 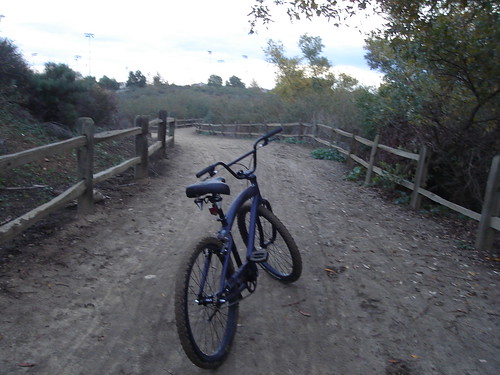 After a few miles of initial testing, the Night Owl seems to do pretty well. The only thing I saw was some discoloration from the rim wall due to applying the brakes. 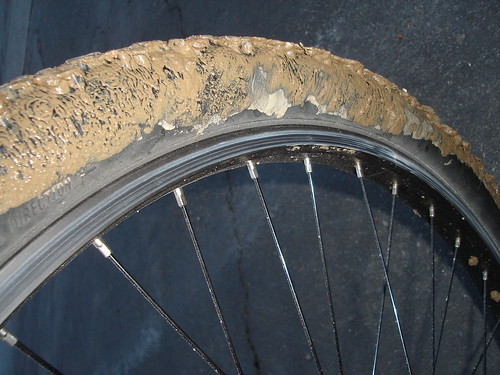 The Night Owl is also proving to be a great commuter bike. I’ve been testing this around Fullerton and Brea, Ca. and the bike is simply fun! For some weird reason, the Night Owl brings out the kid in me. The bars make me think that I’m riding a BMX, but the size and the speed does remind me of a mountain bike. Not only is it a handsome bike, but you immediately smile as soon as you take your first few pedal strokes. 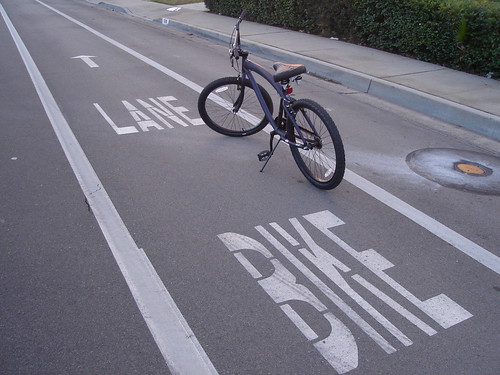 $5 for an Evomo Shirt? Dude, what are you waiting for!