For as long as man has been around, there is one force that no one is immune to. This force is called….”being fat!”

RL Policar and Vince Rodarte, both are some of the biggest names in the bike business are going toe to toe in a weight loss challenge like no other!

So what’s at stake? Their pride mostly,…The loser of the challenge will be subjected to wear a dress for the entire duration of a Saturday morning GROUP RIDE at the World Famous Fullerton Loop in Fullerton, Ca. Breakfast will also be paid for by the loser. 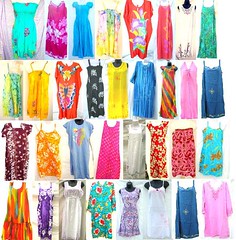 The two will announce on Monday April 21st, 2008 their current poundage and weight loss goals to achieve in the 8 week period. Rodarte and Policar will do weekly weigh ins and publish the amounts on MtnBikeRiders.com. At the end of 8 weeks, the two will do a final tally to see which person has lost the most amount of flab.

To prove that Rodarte and Policar are pretty fat, here are a few photos for your enjoyment.

Rodarte getting ready to eat 8 In and Out Double Double Cheese Burgers…Thanks to Neil @ Adrenaline Bikes for snapping the photos! 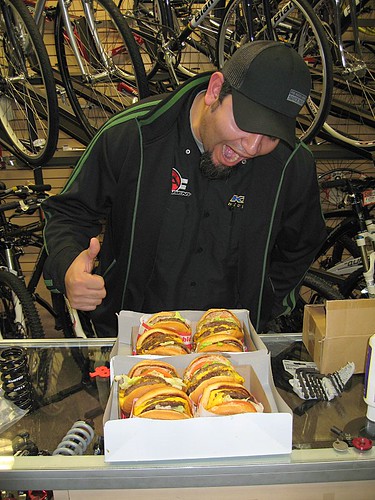 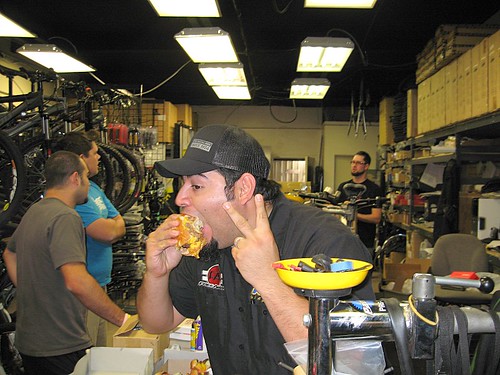 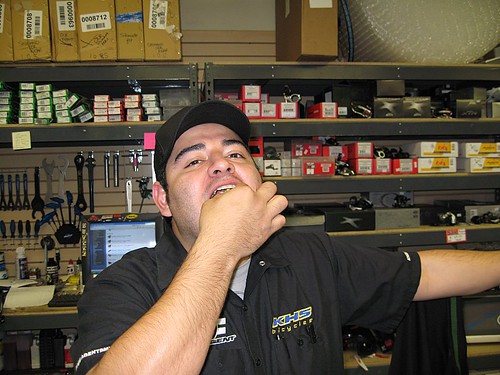 Policar getting crapped on by a bird. 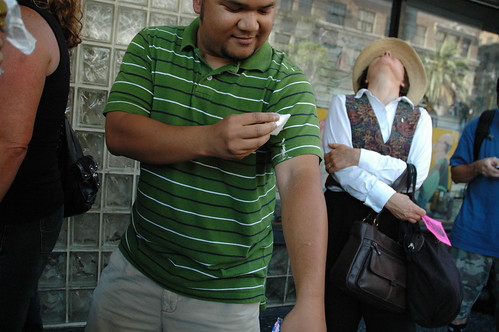 RL and his chins… 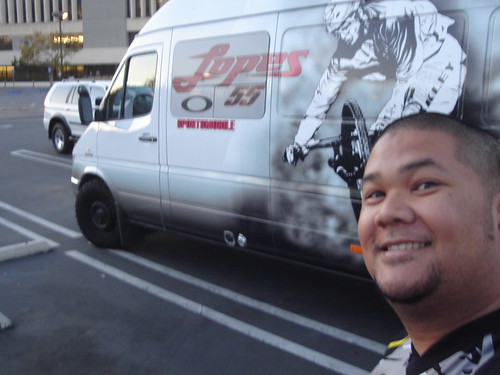 More of RL and his chins… 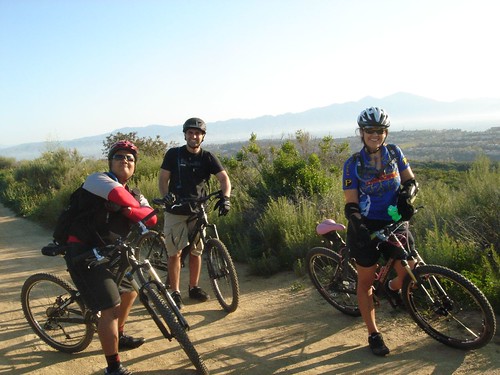 Stick around as weekly updates will be posted on Rodarte and Policar’s progress.

Saturday Ride at the Oaks