You can always count on great Dual Slalom action from the Sea Otter.  This year was no different.  There was plenty of spectacular racing in today’s Dual Slalom.  One of the top gravity racers Sam Hill out raced Cody Warren for the men’s finals.  In the women’s side, KHS’ Melissa Buhl bested Olympian Jill Kintner. 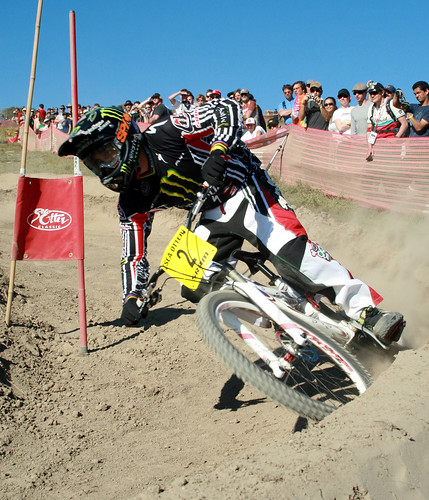 Sam Hill, smooth on the turns. 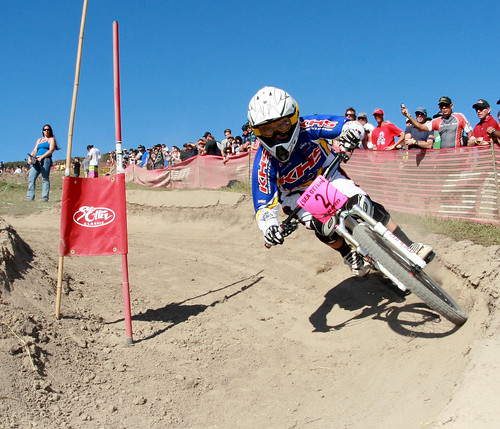 Melissa Buhl on her way to beat Jill Kintner.

The men’s DS had top names going head to head.  Veterans Eric Carter and Kirt Voreis were racing against guys almost half their age and beating them.  Young PROs like JD Swanguen, the Athertons, Jared Rando and Mick Hannah, just to name a few, were all present. 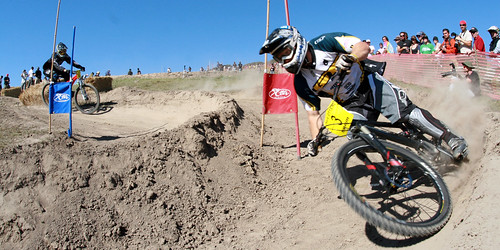 We also saw the return of Kyle Strait.  In the end, out of the 32 racers, Australia’s Sam Hill came out on top.  Out of the gate he was smooth and fast all the way down to the Finish Line.  The top American was Cody Warren.  He was doing well until he crashed on the second heat of the Finals.

The women had 16 competitors.  The action was just as intense as the men.  There were plenty of crashes and head to head battles.  SoCal’s Joy Martin, a regular face in the Fontana races finished 8th.  In the end it was World Champion Melissa Buhl going against Olympian Jill Kintner.  This was the much anticipated match-up.  I have a feeling these two will be going head to head for a long time 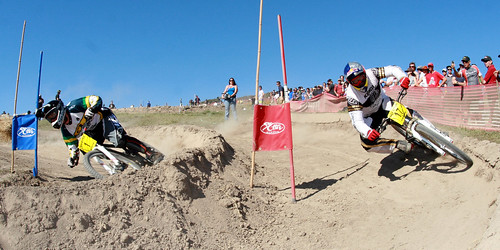 For the full results, goto www.seaotterclassic.com.