I came upon a bike with the Fox F29 in 15mm form. This is Fox’s new change to their highly regarded F29 fork specifically built for 29ers. The 15mm is a design between Fox and Shimano designed to be stiffer than the normal quick release, but lighter than the 20mm thru axle. I got a couple of pictures of the F29 mounted on a bike and wanted to share them with you. The bike the Fox was mounted on will be discussed in more detail later this week. 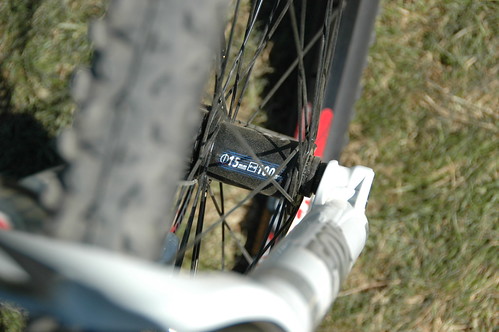 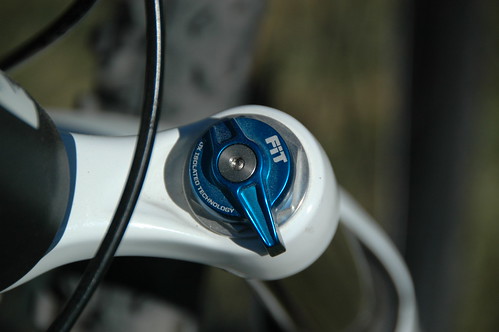 The bike was not available for demo so no thoughts on the fork. We do have leaked 2010 info on these forks here.

The “Who’s idea was this” Race Report