On Saturday morning, David, Priscilla and I went out for a leisure 14 mile ride through Chino Hills State Park. This place is absolutely fantastic in the winter/spring-ish time since the hills are a pretty color of green. Makes me want to sing…”the hills are alive!!!” Anyhow, this day was somewhat special for us. The Moe made his 2nd appearance on XC trails. Since he was given the clearance by his Doctor, The Moe felt like it was due time to get some cardio mixed in with his MMA Training. 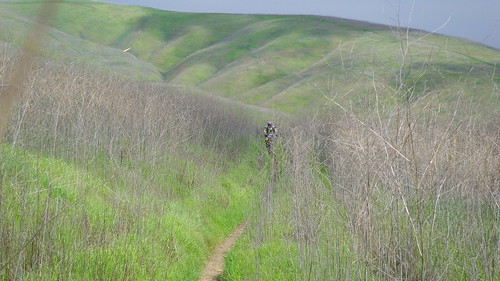 Priscilla is healing nicely from her last crash. Her bruising is gone, but the contusion is still there. 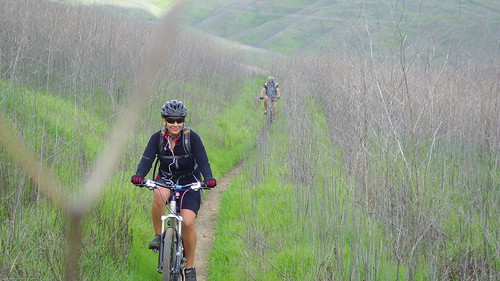 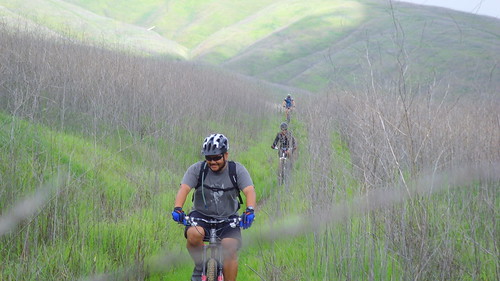 That day our route was to go up Telegraph, 4 Corners and through Bovine Delight. But as we stopped at 4 Corners, another rider rolls up and says…”Hey aren’t you Jose’s (Joe) friend?” I replied, “Why yes I am that handsome devil’s amigo!” The he introduced himself as Al, one of Joe’s childhood friends. Small world eh? Al goes on to tell us all about how Joe was some AMAZING Break Dancer back in his day. He told us Joe was the Closer when it came to Battles.

If you’re not sure what I just said, a Battle would be something like a fight, but instead of guns and knives, you dance against your opponent. A Closer would be the best dancer of the crew. Apparently Joe was the closer of his dance crew. Al went on to say that when Joe’s crew would battle, Joe would be the last one to close the deal. He was the secret weapon and as soon as Joe would do his thang, the battle would be over…the other crew wouldn’t have anything to top Joe’s moves.

So check this out, Al and I did an impromptu battle right there at 4 Corners. We had David drop some beats the best way he knows how, Beatboxin‘ Needless to say Al won cuz he busted out some old skool stuff that I just couldn’t compete against. He gave credit to all his battle skills by learning from Master Joe. 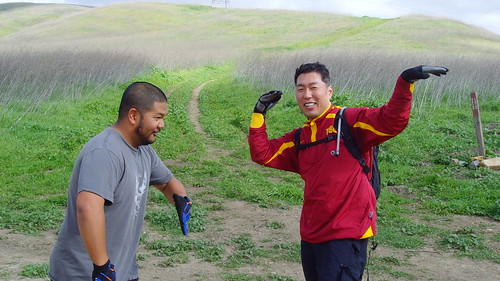 Once we parted ways with Al and his amigos, we continued with our ride. We had a blast rolling through the hills of Chino. The weather was nice and cool, at times kinda chilly. But all in all it was awesome. I was glad to have Moe back on the trail. It’s just not the same with out him.

Under the saddle hydration system?