Last weekend was the Team’s first race of 2012. We were all eager to perform at our best. Through out the course of the weekend, the team encountered some unique situations that affected some of the guys. For starters there were some fierce winds that hit Fontana. Saturday wasn’t bad at all, in fact, we were all doing pretty good. So good that even the our Speed Stars, Dan Burdett and Mark Tomas did great in their own races. Dan scored a 2nd place in Super D, Mark also a 2nd place in the 35+ Single Speed cat. Way to go guys!

What I really appreciate about the team is the willingness that each other has in wanting to help each other out during DH practice. One way or another, our top riders, Corey Pond and Art Aguilar took us under their wings and showed us the best lines. In this case, Corey showed Neal the best part of the day…sunset. 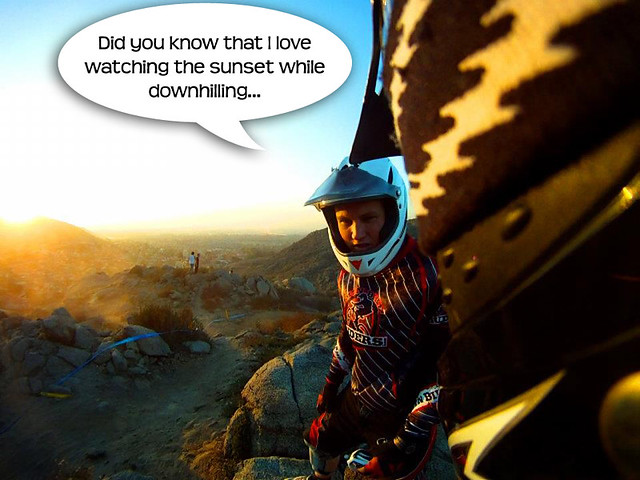 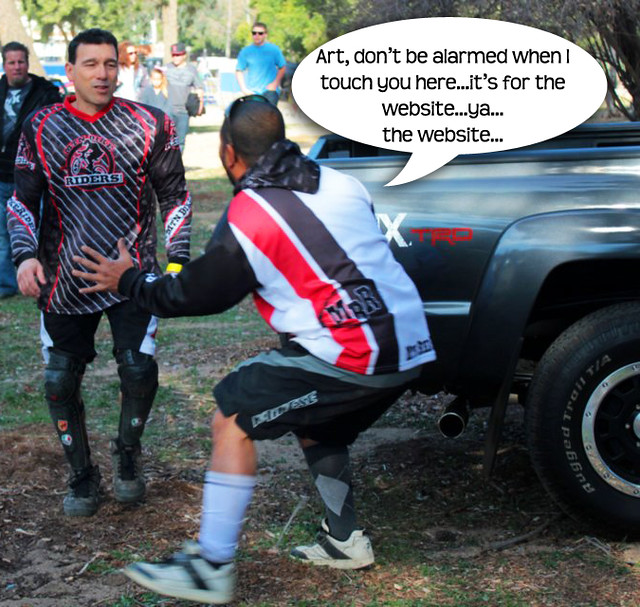 As I mentioned, the team camaraderie is awesome in the team. Check out how Art was cheering for me and how he’s got my back. 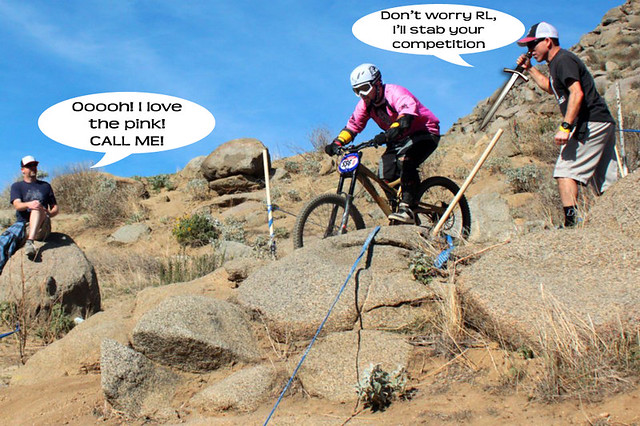 I would like to thanks Airborne Bicycles for their continued support. They have been pretty awesome just like the Taka!