Not too long ago the folks at Cholula Hot Sauce sent us a 4 pack of sauces to review. 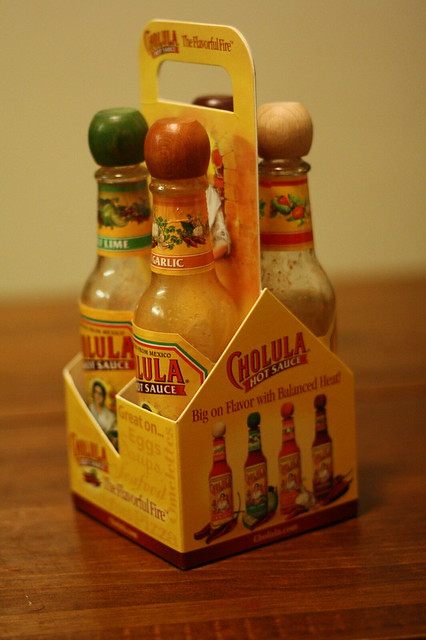 The flavors included Original, Chile Lime, Chile Garlic and Chipotle. All the sauces have been tested on foods like tacos, burritos, pizza, ramen and on anything that needed an extrac kick of flavor. 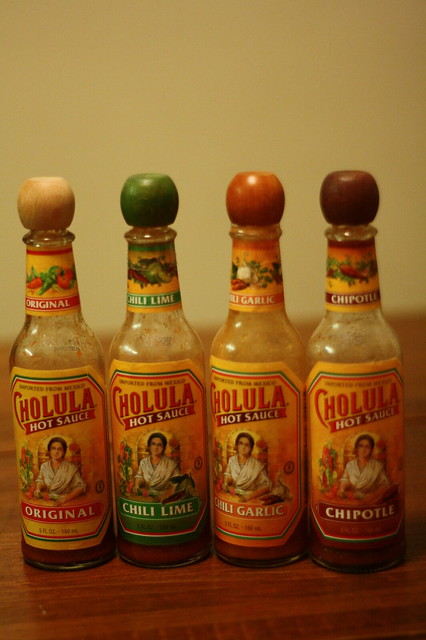 We thought ( THE RACE TEAM) that all sauces were great. 2 of the guys on our test panel still preferred the Original Flavor. Personally I liked the Garlic and Chile Lime the most. However, the Chipotle was perfect on street tacos, carne asada burritos and other Mexican foods. Based on the results of the bottles, you can see which one we liked more. Chipotle was the clear winner with Chile Lime not that far behind. Garlic and Original were about the same.

Let me break down the flavors so you can see why we liked them:
Original-It has a spicy, mild heat, tangy taste. Goes great with eggs, burritos and tacos. Heck, its even great with pizza and Top Ramen.
Chile Lime-Mmm this was my favorite to put on tacos. It has the same peppery-tang as the original, but with lime flavoring! So when you’re eating Mexican food where you’d normally drizzle some lime, forget it, all you have to do is pour on the Cholula Chile Lime and you’re set. It’s like that saying, killing two birds with one stone.
Chile Garlic-Same base flavor as Original, but with a roasted garlic taste. Oh man this was perfect for pizza!
Chipotle-We think that everyone should have a bottle at home, in the office and in their car. Same base flavor as the Original, but has that smokey Chipotle chile flavor. Absolutely amazing! 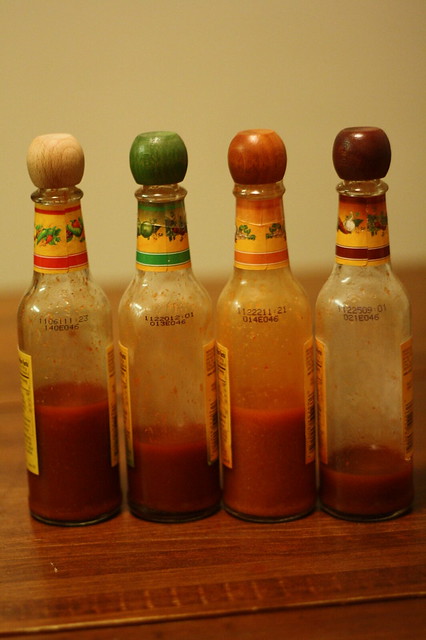 So you’re probably wondering why we’re testing hot sauces? Well, let’s put it this way. After each ride we do, we’ll often stop off and get some food. It’s become a tradition within our riding-inner circle. With that in mind, I saw it was fitting to test out hot sauce since it is closely related to our sport in terms that we all eat after a good ride.

Overall, you can’t go wrong with Cholula Hot Sauces. It enhances flavor to everyday foods and with 4 different flavors available, you can’t go wrong! I would boldly suggest that if you’re like us (eat after rides), then you should probably keep a bottle of Cholula in your hydration pack. It’s that good!

Thursday Tech Tip: How to Build a Bicycle Wheel

A Swift Kick To The Groin…