Don’t worry I won’t call you a peeping tom….Anyhow, do you remember the other day I posted some sort of Surly Singulator and a cog? Well here’s a sneak peak on what I’ve got going on. Here is Burt Reynolds in all his awkwardly gloriness!

Behold! A very confusing looking 29er mtb that sorta looks like a cross bike but not really. 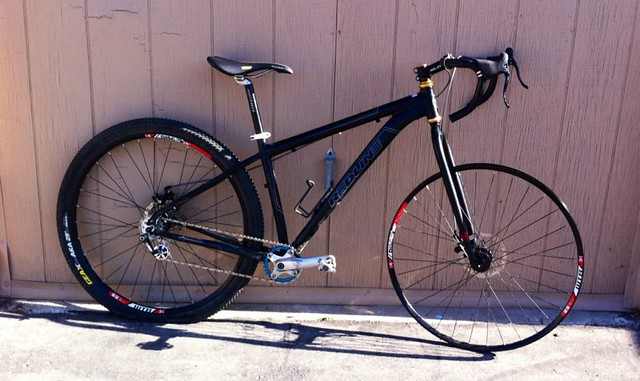 Before I go on with the build progress, let me fill you in on some history about this build. You see, the other day, our very own Adam Spik and I were working on LadyP’s new Titus Rockstar. I mentioned that I wanted to sell my 10speed shifters, derailleur and cog since I just wasn’t a fan of it. He said he’d take them. I told him that we should just do a trade. My 10speed Saint stuff for any single speed parts he has. You’re probably thinking that he made out in this trade, ya probably, but he’s a homie and homies help homies. Anyhow with this trade I received a Surly Single Speed kit, Tektro Mechanical Disc Brakes and rotors as well as a couple of cogs. Well now that I think about it, I may have gotten the better end of the deal.

Ok, let’s go back to the main reason why we’re here. We’re you wondering why it’s missing a front tire? Well the other day I was watching that show Hoarders Buried Alive and that got me motivated to do some spring cleaning in my garage. I’m actually what you call a Bike Hoarder. I’ve got well over 15 bicycles in my garage and shelves of bike parts. So I make myself watch Hoarders to keep me in check. Apparently I may have inadvertently thrown out my front tire and tube during my TV-Inspired surge of cleaning since I didn’t want to be a hoarder. So now I’m sourcing a new tire… 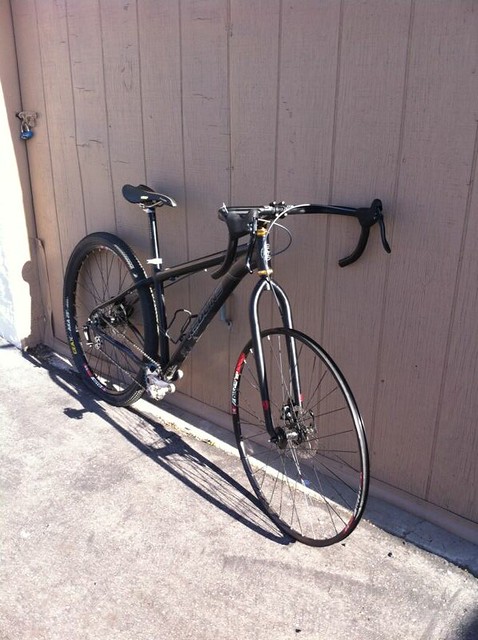 Right, now that you see what I’ve got going on, there’s already a few changes that I’ve made to this configuration. First up, I ordered me some Midge Bars and a luxurious set of micro fiber bar tape from Planet X.Why the Midge? Well just look at it! It’s bad ass. Besides the shallow/flared out drops allow for better control and leverage. 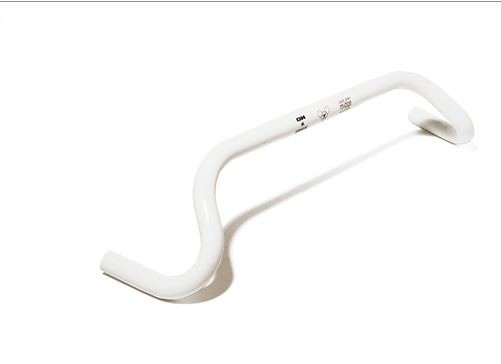 I’ve also swapped out the stem for something shorter, I’ve got short arms so it doesn’t make sense for me to be all stretched out on the bike.

I do have to thank Jack “Ghost Rider” Sweeney for donating the set of Tektro drop brake levers to this build. He did have a concern that they wouldn’t have enough leverage to work with the mechanical brakes I had. Fortunately, they were a matching brand and actually provided all the reach that I need to ensure proper stopping power.

So for now that’s where this project is at. I’ve bee subjected to waiting for parts once again. However, once I get those things in, I’m hoping to get Burt Reynolds back on the trail in no time!